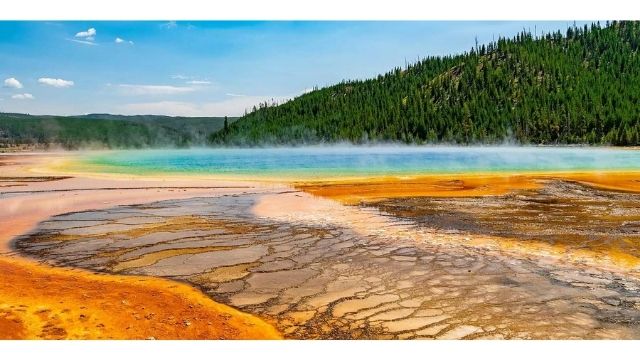 With these ten great facts about Yellowstone National Park, you can learn more about this hydrothermal wonder of the world that attracts millions of tourists each year.

Yellowstone Lake freezes over with two-foot-thick ice every winter, only to melt by late May or early June.

2. In the park, there are about 500 active geysers. It goes without saying that Yellowstone is famous for its geysers. After all, Old Faithful is the park’s most famous feature, and one of just six inside the park that rangers can accurately anticipate.

In fact, the geyser’s period between eruptions has only increased by 30 minutes in the last 30 years, but thermal properties are constantly changing. According to the National Park Service, it is entirely feasible that Old Faithful will cease to erupt at some point in the future. 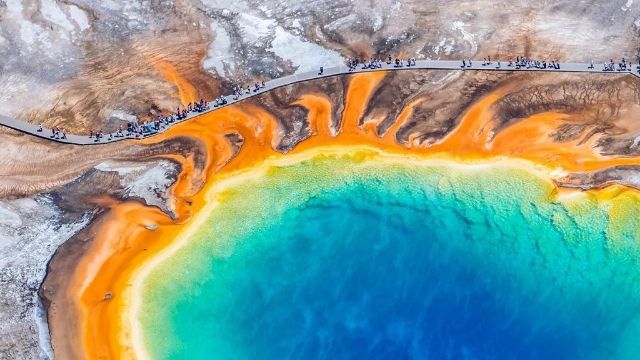 3. There are around 10,000 hydrothermal features in Yellowstone National Park. When it comes to hydrothermal phenomena in Yellowstone, the park’s geysers are just the tip of the iceberg. There are about 10,000 of them, ranging from hot springs to mud pots to fumaroles, which are volcanic openings in the Earth’s crust that spew steam and hot sulfurous fumes. Visitors are kept at a safe distance and separated by viewing platforms since the superheated water can reach temperatures above 400°F.

5. There Are Numerous Hiking Trails in the Backcountry

Yellowstone is the ideal destination for the most adventurous outdoor enthusiast, with approximately 300 backcountry campsites and more than 900 miles of hiking routes (most of which are managed as wilderness areas) within the park.

The park also has plenty of alternatives for shorter day treks on well-maintained paths, so it’s not all harsh wilderness hiking. There are even accessible hikes for strollers and wheelchairs on paved and partially paved trails.

The Mammalian Population in Yellowstone is the Highest in the Lower 48 States.

Yellowstone National Park is home to at least 67 species of animals, as well as about 300 species of birds and 16 species of fish.

Grey wolves were notably reintroduced into the park in 1995, and there were an estimated 99 of them surviving in the area as of 2016.

6. The Park Is Affected by 7 Aquatic Invasive Species

Yellowstone species do not all have a favorable impact on the park’s ecosystems. While at least seven aquatic invasive species are known to exist within the park today, three of them are already causing major harm.

The parasite Myxobolus cerebralis can infect trout and other related species, and the New Zealand mud snail has been known to create dense colonies that compete with native species. In 2009, the red-rimmed Melania, a small snail, was discovered in the park.

7. Yellowstone is home to at least two endangered species.

The Canada lynx was categorized as vulnerable by the US Fish and Wildlife Service in 2000, and areas of Yellowstone are still considered crucial habitats for the animal. Only 112 sightings in park history have been documented, including visual evidence along the Gibbon River in 2007, a sighting near a campground in 2010, and tracks in 2014.

After the US Fish & Wildlife Service lifted protections for grizzly bears in Yellowstone in July 2017, a federal judge reinstated the bears’ previous protections under the Endangered Species Act in 2018.

Wildflowers such as lupine and arnica grow under the canopy of the trees, glacier lilies and phlox bloom in the open meadows in the spring, and purple asters bloom in the early fall.

These flowering plants provide significant resources for wildlife, including birds that consume their seeds, mammals that browse for spring bulbs, and bees that collect nectar while pollinating the area. 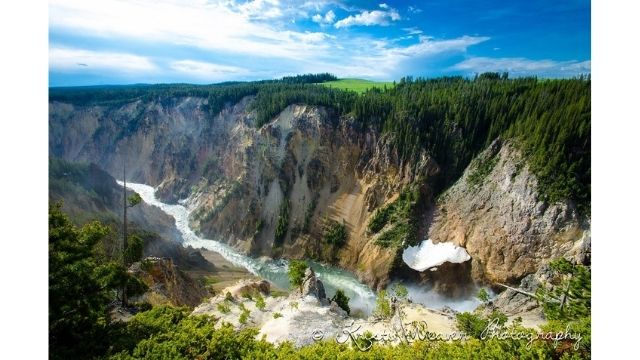 Several significant sites along the Yellowstone River, including the park’s early evidence of fishing, have been nominated for the National Register of Historic Places.

10. Every year, there are between 1,000 and 3,000 earthquakes. Yellowstone National Park is built on top of an active supervolcano, which is unlikely to erupt again in the next 1,000 to 10,000 years, according to the park system. As a result, the park is one of the country’s most seismically active locations, with between 700 and 3,000 distinct earthquakes every year.