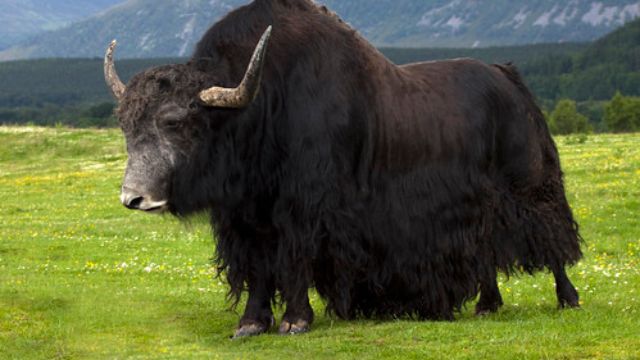 The yak is a heavily built, long-haired, and high-altitude bovine cousin of the cow. They are native to Tibet and China but are also found in Mongolia, Nepal, and throughout the Himalayan region of South-Central Asia. Yaks are highly valued because of their dung- which is used as fuel, and also because of their fur, meat, and milk. Some incredible yak facts are mentioned below

1. There Are Two Types of Yak Species 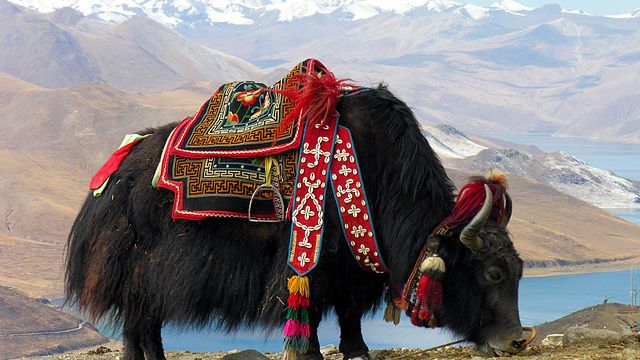 The major difference between wild and domestic yaks is size. Wild yaks are larger than domestic yaks. A male wild yak can weigh more than 900 kg (2000 pounds) and can reach the height of 6.5 feet at the shoulder. Females are three times smaller than males.

2. Yaks Can Withstand Frigid Temperatures as Low as Minus 40 Degrees

Yaks can handle temperatures as low as -40 degrees Fahrenheit, thanks to their fur. They are also able to swim in almost frozen waters without disturbing normal body temperature.

On the other hand, as their sweat glands are mostly not functional, yaks have trouble thriving at lower altitudes when the heat is above about 60 degrees Fahrenheit.

Yaks are social animals that live in groups called herds. Herds range from 10 to 100 animals, and consist mainly of females and their young babies, with a small number of adult males. 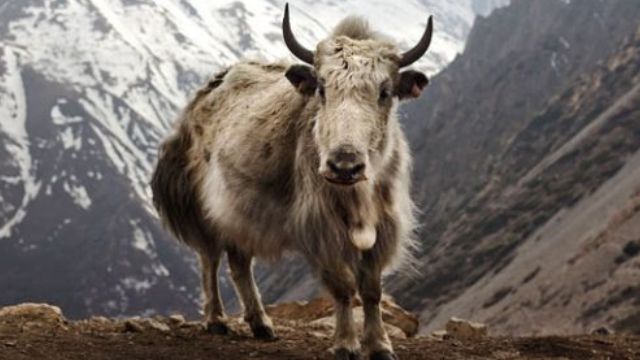 Yaks have long, firm, dense horns on each side of the head which they use to break through the snow to find food buried underneath. They also use their horns in defense i.e., for the protection against predators. The main natural predator of yaks are Tibetan wolves, but Brown Bears and Snow Leopards have also been reported to prey upon young or infirm yaks in some areas.

The male yaks have horns that are two times longer than those in females and can reach 40 inches in length.

The wild yaks have a life span of around 20 years, although domestic yaks live slightly longer.

Read also 10 Animal Facts That Will Change How You Think About Animals!

The mating season of yaks takes place in late summers, sometimes even into September depending on the local environment. The gestation period is 9 months and ends with one baby. Double births are rare. Pregnant females find a private spot to give birth, but soon rejoin the herd as the baby yak can generally walk within 10 minutes of birth. Most females give birth every second year. The mother yak nurses the baby until it reaches the age of one year, and the calves become independent shortly thereafter. But the young yak will reach the size of an adult animal after 7 to 8 years of birth.

Yaks are herbivores, meaning they are plant-eaters. They spend a lot of their time grazing on mountain plains, eating grass and other low-lying plants like sedges. They also consume herbs, wildflowers, moss, and lichen. To stay hydrated, the yaks frequently drink during the summers and eat snow in winters. Like cows, the yak has two stomachs which it uses to successfully get all the nutrients out of the plant it eats. Yaks also spend a great deal of time re-chewing their food before final swallowing.

Each summer, the underlayer of a yak’s winter coat that the animal naturally sheds is called down. It is one of the warmest, softest natural fibers, just like cashmere. The yak’s down is a renewable fiber and very rare. This is why the yak’s fiber makes for such great doggie sweaters. A yak, on an average basis, produces only about a kilogram of fiber annually.

9. The Wild Yaks Are Dying Out 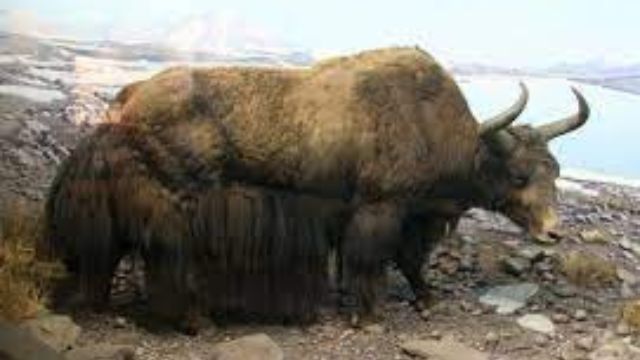 They are threatened by over-hunting by humans and habitat loss. The wild yak, once prevalent all across the Tibetan Plateau, is listed as vulnerable (nearly endangered) by the International Union for Conservation of Nature (IUCN), with approximately only 7500 to 10000 adult individuals left in the wild.

Domesticated yaks, on the other hand, are widespread across much of the world, with an estimation of 14 million to 15 million living in the highlands of Asia alone.

Therefore, it will not be incorrect to say that number of domestic yaks is stable, while wild yaks are dying out.

Also, read Animal Facts That Are Funniest and Most Entertaining!