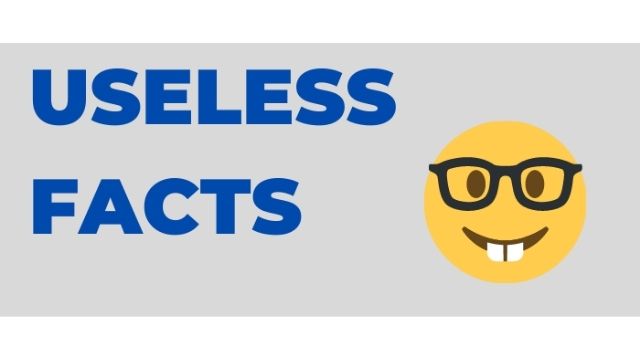 Isn’t it true that you know a lot of facts that you’ll need in your daily life? Many facts, on the other hand, are useless. But it’s still fascinating to learn about them. That is why we have compiled a list of amusingly useless information for you.

Let’s face it, knowing these facts isn’t wholly worthless. We can always be the smartest person in the room.

Welcome to Irrelevant Knowledge 101 (yes, it’s that simple). Let’s have a look at the facts:

1. Some experts believe that if we ever locate the end of the Pi number, we will be living in a simulation.

2. According to astronauts, dying stars have caused space to smell like a mix of diesel fuel and barbecue.

3. There is a term for the infinity sign, and it is lemniscate.

4. Mice are stuck in loops when they go through space.

6. The Amazon rainforest produces about 20% of the world’s oxygen.

7. The weight of a teaspoonful of a neutron star is 6 billion tonnes.

9. Life on Earth will cease to exist in 2.3 billion years due to extreme heat.

11. According to studies, classical music lovers and heavy metal fans have comparable personalities.

12. Your brain releases dopamine, a pleasure neurotransmitter when you listen to music, which gives you shivers. These same feel-good chemicals are released by the brain during sex and eating.

13. There is music created just for cats. Cats appear to have a musical taste that develops quickly after birth.

14. According to a 2007 study, classical music, in particular, can help plants grow quicker.

16. A kangaroo cannot jump if its tail is lifted off the ground.

17. Traveling one mile would take a sloth one month.

19. A snail has the ability to sleep for up to three years at a time.

20. Komodo dragons have the ability to procreate both sexually and asexually.

21. Tyrannosaurus rex most likely didn’t roar but hissed or rattled instead. At least, that’s what scientists believe.

22. Using electronic dance music to keep off insects is a good idea.

23. Dragonflies have six legs but are unable to walk due to their weak legs.

24. A frigate bird has the ability to sleep while flying.

26. Basenji dogs are the only breed that does not bark at all.

27. Bees have five eyes, three small ones on top of their heads, and two larger ones in front.

28. Bananas are an excellent source of electrolytes. They also include compounds that promote happiness.

29. It is possible to transform peanut butter into diamonds, as demonstrated by one individual.

30. The “Hawaiian” pizza was conceived by a Greek-Canadian man (pizza with pineapple).

31. If it weren’t for the coloring, Coca-Cola would be green.

32. Honey is one of the most effective cough relievers.

33. Only Cuba and North Korea are the only countries in the world where Coca-Cola is not available.

34. A lawsuit was filed in an attempt to prove that Pringles are not genuine potato chips.

35. The Pringles creator is buried inside a Pringles can.

37. Carrots used to be purple. 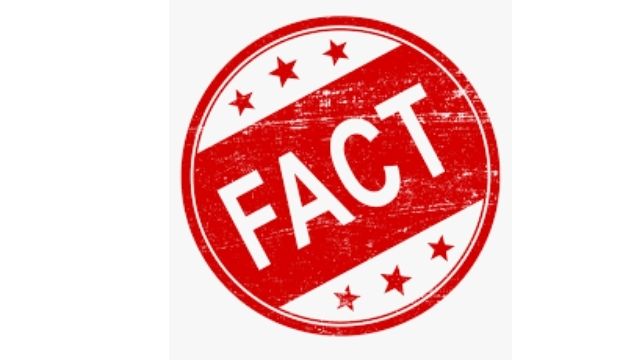 38. A person generates enough saliva to fill two swimming pools in their lifetime.

39. Taking a single stride activates about 200 muscles in the body.

40. Your feet house one-quarter of your body’s bones.

41. There are approximately 100,000 miles of blood arteries in the human body.

42. According to a 2017 survey, the average adult spends more time on the toilet than exercising.

43.56 percent of internet users have used Google to look up information about themselves.

44. Because Alexander Graham Bell thought it sounded better, people used to answer the phone by saying “ahoy” instead of “hello.”

45. Your birthday has a 13.8 percent higher chance of death than any other day.

46. The average individual waits for a traffic light for 6 months of their life.

47. Left-handed people account for 47.10 percent of the world’s population.

48. Each year, about 2,500 left-handed people are killed as a result of utilizing right-handed products.

49. During their lifetime, the average person walks the equivalent of 5 laps around the planet.

50. It takes 6 minutes for alcohol to affect human brain cells, according to research.

51. You can see color in a pitch-black room if you open your eyes. “Eigengrau” is the name of this color.

53. The rarest color combination for humans is a redhead with blue eyes.

55. Millennials sleep naked more than two-thirds of the time.

56. The average adult over the age of ten has four to six dreams per night.

57. Due to a metal shortage during WWII, Oscars were built of painted plaster. It took three years to complete.

58. In 1845, barbed wire was invented. Because it provided an inexpensive and simple fence, it was responsible for putting cowboys out of business.

60. Pablo Picasso used to carry a handgun loaded with blanks that he would fire at anyone who asked him what his work “meant.”

62. The Eiffel Tower’s designer built an apartment within the tower, although he did not reside there. Instead, he used it to amuse his visitors.

64. Pirates wore eye patches to accustom their eyes to the dark, allowing them to see in the darkness under the decks in an instant.

67. The Academy Award, often known as the Oscars, was founded in order for its creator, Oscar Mayer, to have more control over the film business. “I discovered that the easiest way to deal with [filmmakers] was to hang medals all over them,” he remarked. They’d kill to create what I wanted if I gave them cups and trophies. It was for this reason that the Academy Award was established.”

68. There are just twelve consonants and five vowels in Hawaiian.

69. A month of meditation will induce changes in the brain that will help to reduce negative feelings like dread. It may also help with awareness, attention, and decision-making.

70. Queen Elizabeth paid a visit to the Game of Thrones set and declined to sit on the iron throne. She did it because she is not permitted to sit on thrones in foreign countries.

71. The microwave was accidentally invented. The candy bar in Engineer Percy Spencer’s pocket melted when he passed past a radar station.

72. Only 23% of released inmates do not return to prison.

73. The first 72 hours after a person is arrested are when they are most at risk of dying.

74. Except for Antarctica, every continent has a city named Rome.

75. In China, wealthy people employ body duplicates to serve their sentences in prison.

76. The sum of the opposite sides of dice is always seven.

77. Mulan has the largest death toll of any Disney character, with almost 2,000 people slain.

78. The world’s darkest shade of black, vantablack, has its own trademark.

80. Officer Edgar Mallory is the official name of the police officer in Monopoly.

82. Ray Tomlinson sent the first email to himself in 1971, and it was most likely something along the lines of “QWERTYUIOP.”

83. It is prohibited to change a light bulb unless you are a licensed electrician in Australia’s second-most populous state,

84. Movie trailers received their moniker from the fact that they were first displayed after the film.

86. A man achieved a global record by donning 260 T-shirts at simultaneously, breaking his previous high of 257 shirts.

87. Ravens are aware when they are being watched.

88. Frank Sinatra was offered the lead role in Die Hard at the age of 88. He was in his seventies at the time.

89. Snakes, turtles, crocodiles, and salamanders all sleep through the summer, which is known as “estivation.”

94. The first depictions of Satan in early Christian art depicted him as a blue figure.

95. The cows of Queen Elizabeth II slumber on waterbeds.

97. According to the Bible, the chicken came before the egg.

99. Wendy is a fictional character from the book “Peter Pan.”