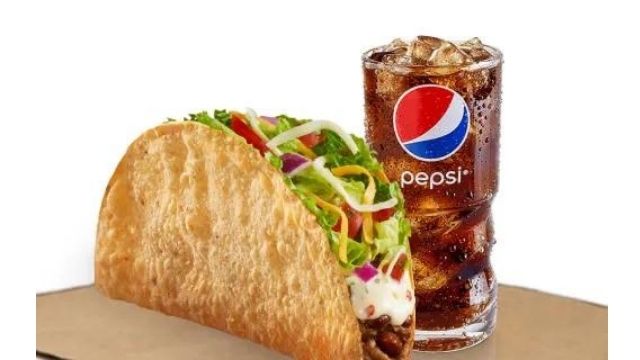 Taco Bell, one of America’s most successful fast-food franchises, has a menu that is heavily influenced by traditional Mexican cuisine. Tacos, nachos, and burritos are among the restaurant’s menu items. Each item’s flavor and spiciness can be adjusted to fit personal preferences and dietary requirements.

Fast food should be consumed in moderation due to its high salt, fat, sugar, and calorie content. You might think that going to the drive-thru is out of the question if you’re watching your calories or trying to reduce your saturated fat consumption, but that’s not the case. Examining the menu’s nutrition content before ordering can help you avoid one of the most typical dining-out pitfalls: large portion sizes.

You don’t have to completely forego a higher-calorie option. You may just share the meal or reduce the total number of calories by substituting a lower-calorie menu item or beverage. You’ll be able to choose the solutions that best suit your specific dietary demands and preferences once you’ve gained this knowledge.

“Taco Bell has a wide range of entrees to choose from, including vegetarian and food allergy-friendly options. Beans and vegetables can be added to almost any meal for a satisfying combination of high-fiber carbs, protein, fat, and flavor. However, because the sodium levels are high, if you dine here frequently, make other low-sodium meals throughout the day to balance your daily intake.”

Getting Around the Menu 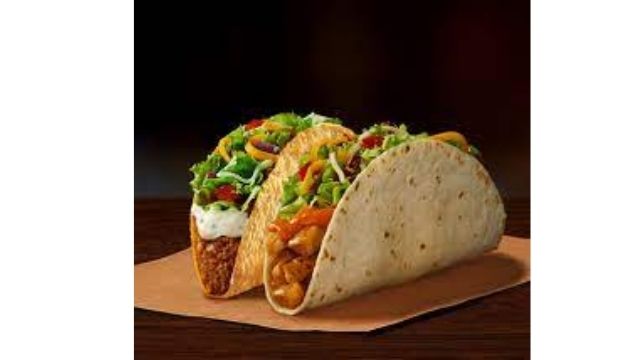 The Taco Bell Nutrition Calculator allows you to do more than just look out for the calories, fat, and other nutritional information for popular menu items; it also allows you to personalize them. The original Fiery Doritos Locos Taco Supreme, for example, contains 190 calories and 11 grams of fat. It’s only 140 calories and 6 grams of fat if you order grilled chicken instead of beef and don’t add cheese or sour cream. 1

If you do your homework ahead of time, you’ll be less likely to be overwhelmed by your options or to choose things that appear healthy but include more calories, fat, salt, and hidden sugar than you’d expect.

What to Order at Taco Bell and What to Avoid

Taco Bell’s customization is one of its strongest features. Even the highest-calorie menu items can be modified to lower carbohydrate, fat, and sodium levels, as well as tailored to individual dietary needs and tastes.

Option with the Most Nutrients

The Crunchy Taco is Taco Bell’s healthiest option, with 170 calories, 8 grams of protein, and 310 milligrams of sodium.

Some of the company’s most popular categories, such as tacos, tacos, and quesadillas, are now available with eggs.

The Soft Breakfast Taco (Egg and Cheese) from Taco Bell has 170 calories, 9 grams of total fat (5 grams of saturated fat), 15 grams of carbohydrate, 7 grams of protein, and 330 milligrams of sodium. To save 25 calories, leave out the cheese. Instead, add a side of pico de gallo (5 calories), bringing your customized breakfast taco’s total calories to 150.

Most items on the Taco Bell menu, including Crunchwraps, can be ordered “outside.” By substituting pico de gallo (5 calories) for additions like cheese, sauces, mayo, and guacamole, you can save roughly 180 calories. You can also conserve fat and calories by making a Crunchwrap with only some of the ingredients rather than all of them. Instead of both, try it with meat or cheese, or ask for it without sauce.

Taco Bell’s taco menu includes both hard and soft shell choices for the Tex-Mex classic. The majority of the tacos are filled with ground beef, but the menu also includes chicken, grilled steak, and even hot potatoes for vegetarians.

The Crunchy Taco has 170 calories, 9 grams of total fat, 3.5 grams of saturated fat, 13 grams of carbohydrate, 8 grams of protein, and 310 milligrams of sodium. If you want to pack more protein into your taco without adding calories, go for grilled chicken instead of beef. By omitting the cheese, you can save 25 calories.

The Fiesta Taco Salad from Taco Bell is the least nutritious taco on the menu (followed closely by the Double Cheesy Gordita Crunch). Despite the fact that it is called a salad, the Fiesta Taco Salad contains 740 calories, 38 grams of total fat (58 percent of the daily value), 9 grams of saturated fat, 75 grams of carbohydrate (25 percent of the daily value), 25 grams of protein, and 1,110 milligrams of salt (46 percent DV).

Only use beans, rice, and vegetables to produce a healthier taco salad. 270 calories are saved by removing the meat, cheese, sour cream, and crunchy red strips. Add 5 calories each of jalapeno peppers or pico de gallo to amp up the taste.

Taco Bell’s burrito menu includes anything from simple bean and cheese to their famed Crunchwrap Supreme.

Bean Burrito is a type of burrito that is made with beans.

Taco Bell’s Bean Burrito is a vegetarian burrito with 350 calories, 9 grams of fat, 3.5 grams of saturated fat, 54 grams of carbohydrate, 13 grams of protein, and 1,000 milligrams of sodium. To save an additional 20 calories, order it “al fresco.”

Taco Bell’s quesadilla menu includes grilled chicken, shredded chicken, and steak, as well as a unique item called the Quesarito, which is a combination of a quesadilla and a burrito. 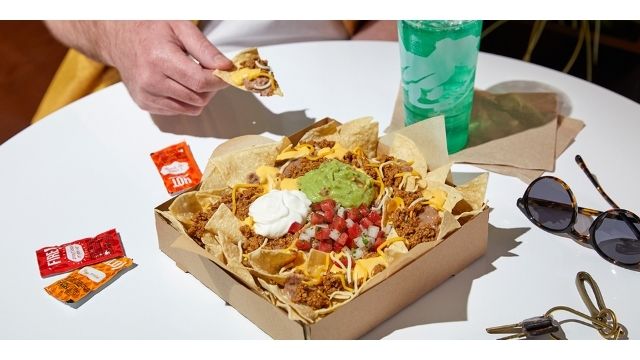 If you’re making a more simple quesadilla, stay away from high-calorie, high-fat, and high-starch foods like potatoes, chips, and creamy sauces.

Quesarito is a Spanish word that means “questionable.”

While the calorie, fat, and carbohydrate counts for the full order may be high, you don’t have to skip them entirely if you share with family and friends and keep portion sizes in mind.

If you’re only buying nachos for one person, Taco Bell’s sides are a good option. Only 180 calories are in a serving of chips and salsa.

You may also make your nachos more unique (while lowering calories, fat, and carbs) by replacing salsa for cheese sauce or beans for beef—or even going vegan.

Refried beans, nacho cheese sauce, and red sauce are included in the Triple Layer Nachos, which are the only vegetarian option. These nachos have 320 calories, 15 grams of total fat (23 percent DV), 2 grams of saturated fat, 40 grams of carbohydrate (13 percent DV), 7 grams of protein, and 480 milligrams of sodium without any upgrades (20 percent DV).

Consider adding diced onions (0 calories) or even ordering it supreme, which includes reduced-fat sour cream and diced tomatoes for extra flavor (25 calories). To save 15 calories, order your nachos with “simple” nacho cheese sauce.