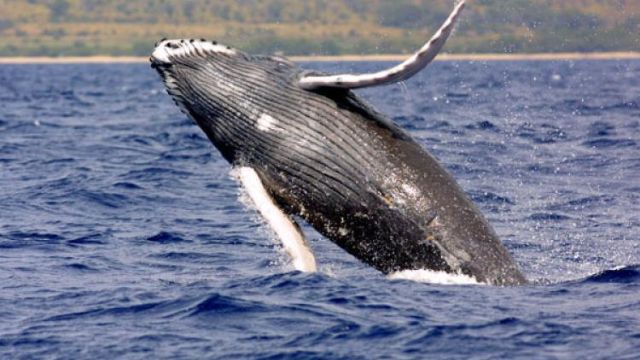 Whales inhabit all of the world’s oceans and interact with mysterious and complicated noises. The blue whale can reach lengths of more than 100 feet and weigh up to 200 tonnes, which is equivalent to 33 elephants.

Despite their aquatic habitat, whales breathe air. In addition, they are warm-blooded mammals that suckle their young, like humans. A dense coating of fat known as blubber insulates these animals from the frigid ocean waters.

Some whales, including the blue, right, bowhead, sei, and grey whales, are known as baleen whales. This is because their lips contain special bristle-like structures (called baleen) that strain food from the water. Other whales have teeth, including belugas and sperm whales.

The Antarctic blue whale (Balaenoptera musculus ssp. Intermedia) is the world’s largest animal, weighing up to 400,000 pounds (about 33 elephants) and reaching a length of 98 feet. The whale’s heart is the size of a small vehicle, and it eats roughly 7936 pounds of krill every day during the peak feeding season.

It is the loudest mammal on the planet, even louder than a jet engine, with calls reaching 188 decibels compared to 140 decibels for a jet. The low-frequency whistle produced by blue whales may be heard for hundreds of miles and is most likely used to attract other blue whales.

In reality, dolphins are whales, or more specifically, members of the family of whales. Hold on, because this is going to get a little bit tricky. Cetacea is the collective name given to whales, dolphins, and porpoises in the scientific community.

And furthermore, within the order Cetacea, there are two suborders: toothed whales and baleen whales. The truly enormous whales, such as blue whales and humpbacks, are members of the baleen whale family. 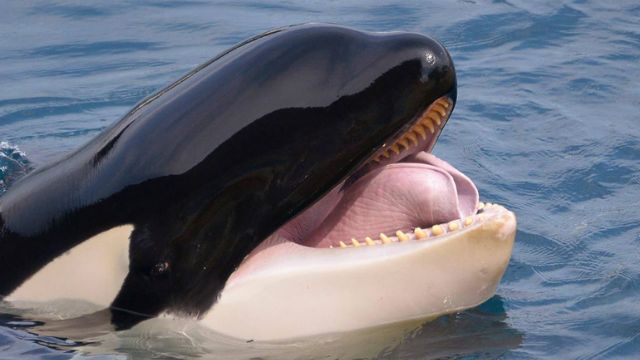 In point of fact, orcas are the largest species of dolphin, reaching lengths of approximately 10 meters (32 feet) in adulthood. The length of the majority of dolphins ranges from two to three meters or eight to nine feet.

In contrast to humans, whales’ bodies have been uniquely evolved to store oxygen in their blood and muscles rather than in their lungs. This allows whales to breathe underwater for far longer periods of time. They have exceptionally high quantities of both the hemoglobin and myoglobin proteins, which are responsible for storing oxygen.

Large whales have been dubbed “ecosystem engineers” by scientific researchers. Research has demonstrated that whales play an important part in the process of recycling nutrients in the ocean, contributing to the production of the oxygen that we breathe, and reducing greenhouse gas emissions.

Whales are not only amazing to look at, but they also make you feel more alive.

After completing the journey that is now known to be the longest migration ever recorded for a mammal, a North Pacific grey whale has earned a place in the record books.

According to a press statement issued by Oregon State University, whose scientists participated in the whale-tracking project and helped conduct it, the whale, whose name was Varvara, swam almost 14,000 miles (22,500 kilometers).

Mammals have larger brains than other vertebrates. Mammal brains vary in size. Brain size compared to body size is what matters. The aye-brain aye’s is the size of a golf ball. The extinct Columbian mammoth had an 11-pound brain. An aye-brain aye’s is larger than a mammoth’s for its size.

The human brain is larger than seven times the size ratio that was projected for its body size, making it the largest brain relative to body size. However, this link does not hold true for all of the different components that make up our brain. 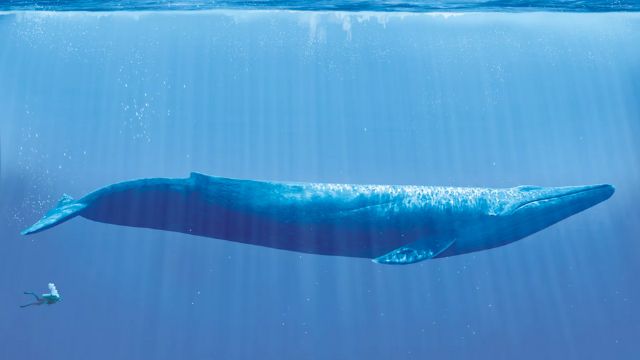 When compared to the opossum, the wolf, and the platypus, the olfactory bulb, which is the portion of the brain that processes scents, is the lowest in size relative to other parts of the brain.

Whales travel in groups. They interact and socialize through noises. Clicks, whistles, and pulsing cries are whale sounds. Clicks are used for navigating and detecting surroundings. When sound waves bounce off an object, the whale can determine its shape.

Clicks during social encounters show they may have a communication function. Social activities use whistles and pulsed calls. Pulsed calls sound like squeaks, yells, and squawks. Diverse whale pods have different vocal “dialects.”

Probably so whales can tell pod members from strangers. Whales communicate nonverbally by slapping their tails and fins on the water. The sound can be heard hundreds of meters below the surface and may signal hostility or be used to scare schools of fish together, giving them an easier meal.

The sperm whale can click up to 233 decibels. It leads to other categories, too. The sperm whale has the world’s largest brain and is the largest toothed whale. Early whalers heard hammer-like sounds when catching sperm whales. Scientists believe the sperm whale’s head resembles a huge telegraph machine.

Air is forced into its nasal cavity to generate these sounds. Air-filled sacs line the nostril. Monkey lips clamp shut, and air bounces off the sacs to make the clicking sound. The sound increases in the whale’s brain before leaving its body.

Whales Can Leap From The Ocean

Whales breach when they jump. More than 40% of the animal’s body is above water. It’s unusual since it demands so much energy. A full Sperm whale breach requires the whale to breach at 28km/h.

Sociality or attentiveness may be behind a whale’s leap. Depends on context. When related family groups of killer whales meet, breaching is more likely. Breaching events are common in Humpback Whales. During the breeding season, male Humpbacks sing their characteristic song, but when it stops, they jump out of the water, often encouraging their neighbors.

Researchers have discovered anything from three to eleven connected stomach chambers in different whales, indicating that different animals have different numbers of connecting chambers. That is to say, some Baird’s beaked whales have up to 13 stomachs when counting their two major stomachs.

In our nearby waterways, humpback whales are frequently observed. They, like other baleen whales, are thought to have three stomachs — or four if a bulge at the beginning of the small intestine is counted. The foregut churns things up but doesn’t break them down.

Sperm whales frequently swallow whole prey such as squid so that humans can pass through their throats. The throat of a whale is not only a narrow tunnel, but it’s also dark and slippery. The lack of oxygen and high methane concentration in the air will also lead to nausea.

How Do Whales Get Their Rest?

They either rest vertically or horizontally in the water or swim slowly while sleeping.

What Do Whales Do For Entertainment?

Foraging, migrating, mating, socializing, sleeping, and exploring are all activities that animals engage in.