Some Interesting Facts About Mark Zuckerberg

Mark Zuckerberg, full name Mark Elliot Zuckerberg, is an American computer programmer who was cofounder and CEO (2004–) of Facebook, a social networking Web site He was born on May 14, 1984, in White Plains, New York.

Mark Zuckerberg is best known as the co-founder and CEO of Facebook, the world’s largest social networking website. He created the service with four other Harvard students in 2004 while still a student there.

He came from a wealthy household. On May 14, 1984, Mark Elliot Zuckerberg, the son of psychiatrist Karen (née Kempner) and dentist Edward Zuckerberg was born in White Plains, New York. In Dobbs Ferry, New York, he and his three sisters (Arielle, entrepreneur Randi, and writer Donna) were nurtured in a Reform Jewish family.

Since 2012, Mark Zuckerberg, the CEO of Facebook, has been married to Priscilla Chan. In 2003, the couple met in line for the bathroom at a college frat party, and have since produced two children and donated millions to charity.

According to David Kirkpatrick, author of The Facebook Effect: The Inside Story of the Company That Is Connecting the World, the film is only “40 percent genuine.”

“Zuckerberg exudes an unmistakable sense of self-assurance and security. And, unlike the way Zuckerberg is portrayed in the film, he is not cruelly snarky and caustic “he declares 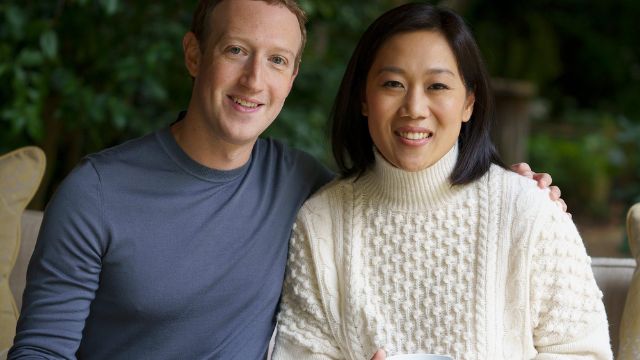 After Phillips Exeter, Zuckerberg attended Harvard. On February 4, 2004, he launched thefacebook.com (renamed Facebook in 2005), a directory where Harvard students contributed their information and images.

Half the students signed up in two weeks. Dustin Moskovitz and Chris Hughes helped Zuckerberg create features and expand the site.

Facebook users could create accounts, post photos, and communicate. It stressed real names (and e-mail addresses) or “trusted relationships” more than other sites. It also stressed networking through the “social graph”

The Winklevoss brothers sued Mark Zuckerberg in 2004, alleging that he stole their ConnectU idea and used it to develop the popular social networking site Facebook.

Facebook is a Meta Platforms corporation. Mark Zuckerberg, Eduardo Saverin, Dustin Moskovitz, and Chris Hughes created Facebook in 2004. Facebook has approximately 3 billion users by 2021, with about half using it daily. Menlo Park is the company’s headquarters.

Facebook is free and makes most of its money from ads. New users can establish profiles, add images, and join groups. A timeline is an area on each user’s profile page where they may add content and friends can write messages. The status allows users to alert friends to their current location or situation.

News Feed informs users of changes to their friends’ profiles and status. Chat and private communications are available. The Like button on Facebook and other websites let users approve of content.

Instagram, a photo- and video-sharing social network, Messenger, an instant-messaging program, and WhatsApp are part of Meta Platforms.

Mark Zuckerberg’s plane, N68885, has been located. Several excursions indicate that it is his.” Sweeney automates Twitter accounts that track the movements of private jets owned or used by a number of well-known public figures, like Jeff Bezos and Bill Gates, using publicly available flight data.

This figure excludes Facebook’s acquisitions such as WhatsApp and Instagram (to name a few). Mark Zuckerberg has bought 94 firms during this period of rapid expansion. WhatsApp Messenger, which Facebook purchased for $19 billion in February 2015, was the company’s largest acquisition.

Facebook, WhatsApp, and Instagram apps keep their names while their parent searches for a new one, Meta. Mark Zuckerberg, the founder of Facebook, has announced that his firm would be renamed,

Meta. Zuckerberg, predictably, downplayed the fact that this rebranding, the first in Facebook’s 17-year history, is intended to deflect an onslaught of negative press.

According to David Kirkpatrick, author of The Facebook Effect: The Inside Story of the Company That Is Connecting the World, the film is only “40 percent genuine.” “Zuckerberg exudes an unmistakable sense of self-assurance and security. And, unlike the way Zuckerberg is portrayed in the film, he is not cruelly snarky and caustic “he declares

It was also one of Zuckerberg’s major triumphs, considering 2011 rumors that the world’s youngest billionaire planned to close Facebook, the triumph he’d established eight years earlier.

Mark Zuckerberg is one of the world’s youngest billionaires. At the age of 23, he sold a tiny part of Facebook to his brother Eduardo for $242 million, achieving this position.

Mark Zuckerberg’s profit from selling his Facebook stock was so large that it accounted for up to 3% of the overall market capitalization at the time, which was around 1500 billion dollars. To put it in perspective, if you are a billionaire today and sell shares equal to 3% of your net worth, your net worth would be around $5 billion. Matching such a sum is practically impossible.

When someone decides to buy shares worth 3% of their net worth, the shares cost around $1 billion each at first.

Individuals differ in their thinking abilities. These talents differ from person to person, and it is impossible to speak about a flawless IQ score for any individual. This isn’t to say that people shouldn’t try to meet the bare minimum of intelligence. This is what Mr. Zuckerberg goes through, which is why he has an IQ of 68 on the “IQ” parameter.

MARK Zuckerberg’s on-paper salary is $1, but he received an additional $8 million in compensation from Meta in 2021.

According to the filing, Zuckerberg received a $1 salary from Facebook, as he has in past years, and did not receive any bonus payments or incentive rewards. When the pandemic began and the US elections began, Facebook and other social media firms saw a surge in misinformation on their platforms.

Mark Zuckerberg won because he created Facebook, a generation’s most essential communication channel. Facebook has transformed and enhanced our culture but also introduced new challenges. Anyone, at any time, can speak to a large audience about anything they wish.

TikTok, known in China as Douyin, is owned by ByteDance. It features short-form user films from genres like pranks, stunts, tricks, jokes, dance, and entertainment.

What Are Zuckerberg’s Interests?

Some Absorbing Facts About Cardi B