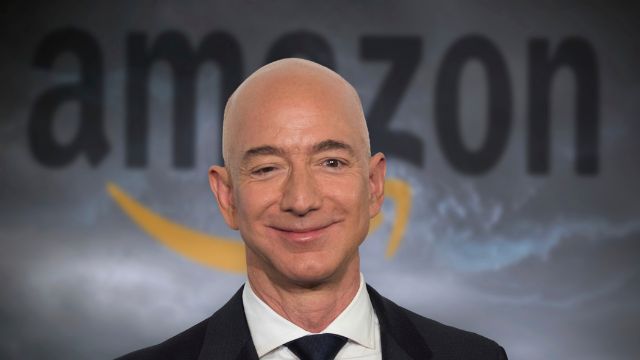 Jeff Bezos, born January 12, 1964, in Albuquerque, New Mexico, is an American entrepreneur, media owner, investor, computer engineer, and commercial astronaut, who was instrumental in the development of e-commerce. He founded, led, and chaired Amazon.

According to Bloomberg’s Billionaires Index and Forbes, Bezos is the second-wealthiest person in the world and was the richest from 2017 to 2021. His “Everything Store” now sells more than $136 billion in merchandise each year.

After a long separation, Bezos and MacKenzie announced their divorce in 2019. Lauren Sánchez is the current girlfriend of Jeff Bezos.

Jeff Bezos, a Princeton alumnus, founded Amazon in 1993 from his garage. Before he started working for Amazon, Bezos met his ex-wife, MacKenzie Scott (Tuttle) in 1992. In 1993, the pair married and relocated to Seattle, the birthplace of Amazon. 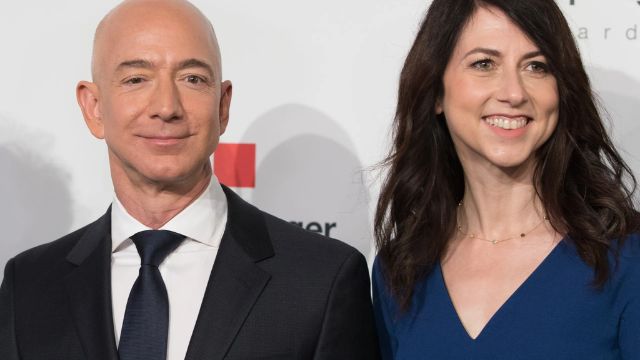 Unfortunately, after a long time of separation, Bezos and MacKenzie announced their divorce in 2019. Lauren Sánchez, a news anchor, is Bezos’ current girlfriend.

Jeff Bezos and his wife, MacKenzie Scott, have four children: three sons and one daughter. Their daughter was adopted from China by the couple. Bezos prefers to keep his children’s identities private, however sources claim that his 20-year-old son’s name is Preston Bezos.

Preston is the eldest child of the now-divorced parents. Like Bezos, he enrolled at Princeton University. Preston, according to reports, enjoys traveling and eating Mexican food.

Bezos was quickly promoted to senior vice president, the firm’s youngest position, and was in charge of researching Internet investment opportunities. His entrepreneurial imagination was ignited by its huge potential—Web usage was rising at a rate of more than 2,000 percent per year.

He left D.E. Shaw in 1994 to create a virtual bookstore in Seattle, Washington. Bezos began creating the site’s software from his garage with a small team of employees. Amazon, named after a river in South America, sold its first book in July 1995.

How He Start Amazon

Jeff Bezos got his first work as a fry cook at a McDonald’s restaurant when he was a teenager. His hourly wage was less than $3. He worked for Fitel, an international commerce start-up, after graduating from Princeton University.

In 1994, Jeff Bezos left his position as an investment banker to create a virtual bookstore in Seattle, Washington. Bezos began developing the software for the site, which he called Amazon.com, in his garage with a few staff. Its first book was published in 1995.

Before founding Amazon, Jeff Bezos worked as a hedge fund manager in New York. Amazon initially struggled to make a profit, but it is now worth $1.7 trillion. During the epidemic, the company’s stock price has reached new highs.

In July 2021, he stood down as CEO to become executive chairman.
In 2021, Bezos sold $8.8 billion worth of Amazon stock and gave some away; he now owns a little less than 10% of the corporation.
Senators and the general public chastised Amazon for its handling of warehouse employees during the coronavirus pandemic.
After 25 years of marriage, Bezos and his wife MacKenzie split in 2019, and he gave her a quarter of his then-16 percent Amazon ownership.
Bezos controls The Washington Post and Blue Origin, an aerospace business that develops rockets; in July 2021, he traveled into space in one of them for a brief period.

Jeff Bezos earns an estimated $205 million every day. That figure is derived from a series of calculations depending on how much he makes based on his pay and his net worth increase. In comparison to other billionaires, his compensation is low. His annual pay is $81,840.

It was the amount he made in 1998, and it has been the same since then.

In 1998, Bezos also chose to invest early in Google. He put down at least $250,000 at the time. That sum alone is worth billions of dollars in today’s market. With Google remaining the undisputed king of the internet, its worth is only expected to rise. 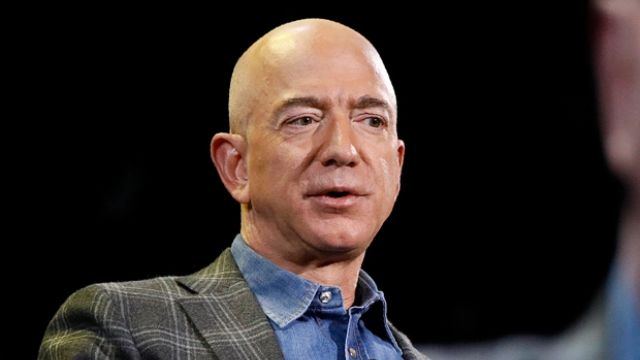 If Bezos continues to hold on to his initial investments, they are likely to appreciate in value over the following few years.

They were able to exceed The New York Times because of their online audience. The articles in The Washington Post are only available to subscribers. Although a few articles are available for free, most of their content is restricted.

What Illness Does Jeff Bezos Suffer From?

Ptosis (also known as Blepharoptosis) is a drooping or lowering of the top eyelid that is frequently referred to as “lazy eye.”

Bezos is a brilliant businessman. He notices details and draws connections that others do not. Back in 1998, he correctly predicted that reducing customer effort and making ordering and other processes as simple as possible would drive growth and loyalty. Bryar points out that Bezos believes a high IQ is a gift.

Is Jeff Bezos The Owner Of A Yacht?

Elon Musk And Jeff Bezos Are They Friends?

In recent years, Musk and Bezos have made their animosity more public, taking it to Twitter. Both executives have taken advantage of opportunities to snipe at each other, most commonly over reusable rockets.

Some Interesting Facts About Mark Zuckerberg