Facts About Eminem: Do You Know About These Facts

Eminem was born on October 17, 1972, in Detroit, Michigan. Marshall Bruce Mathers III is his real name. Eminem is one of the most well-known musicians of his generation, if not all time. Aside from music, Eminem has appeared in a number of TV series and films, including “8 Mile,” a documentary on his life. When Eminem was a kid, his big ears earned him the moniker Mickey.

Deborah Rae and Marshall Bruce Mathers Jr., Eminem’s parents, were members of the band Daddy Warbucks prior to their divorce. The band played at numerous Ramada Inns along the Dakota-Montana border on a regular basis.

While Eminem’s fans are well aware of his rocky relationships with his mother, Debbie Mathers, and ex-wife, Kim Scott, he has also shown his love for his daughter, Hailie Jade, dedicating many of his hits to her, including Mockingbird and Hailie’s Song.

Marshall’s father abandoned him and his mother before he was even born, therefore he spent the majority of his life living with his mother. Because of her drug addiction, the two always had financial difficulties, and they lived in a variety of states, including Missouri, Kansas, and Michigan.

Marshall had a terrible upbringing during this period, and he struggled to make friends owing to frequent movements and bullying from other children since he had a single mother.

Mathers had a difficult childhood, which included poverty and allegations of abuse. He began rapping in bars in Detroit, Michigan, at the age of 14, and when unexcused absences forced him to drop out of school for the third year, he quit, determined to make it in hip-hop music. 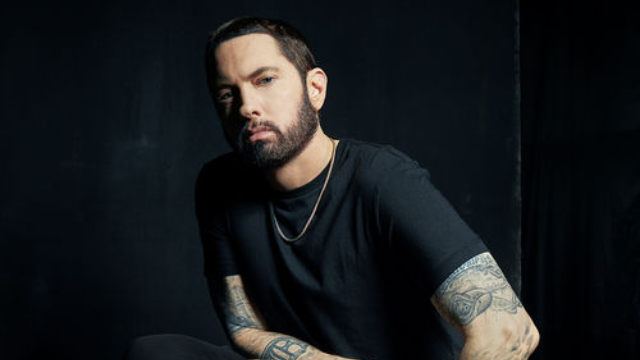 Eminem has been outspoken about his addiction to pharmaceutical drugs. He was taking between 40 and 60 valiums and 30 Vicodin each day during the height of his addiction.

Eminem is the biggest rapper in history. He’s sold 30 million albums and won an Oscar and Grammys. Traveling, performing, and the nightlife led him to drugs, like many others in the music industry. Eminem used 20 painkillers a day.

He entered rehab, relapsed on methadone, and almost died. He relapsed afterward. His battle with substance misuse was up and down, like so many of ours. Like many others, Eminem turned to drugs when he was anxious. With a busy lifestyle, plenty of money, and peer pressure, it’s simple to become addicted.

Sued By His mother

After he declared in the song “My Name Is” that she smoked more marijuana than he did, he was sued by his own mother for slander.

Eminem was sued several times over his career, including by his ex-wife Kim, a man who kissed Kim (whom he pistol-whipped), and janitor De’Angelo Bailey, who sued Eminem over his song “Brain Damage.”It’s simply the outcome of a poor relationship between him and his mother throughout his life.

Regardless, being sued by your mother is a horrible experience, thus the litigation will only be handled through legal means.”

When we came to LA to compete in the Rap Olympics in 1997, Eminem was given the opportunity to advance his career. Although Eminem came in second, his performance was excellent enough to catch the attention of Interscope Records officials, who introduced Eminem to Dr. Dre. 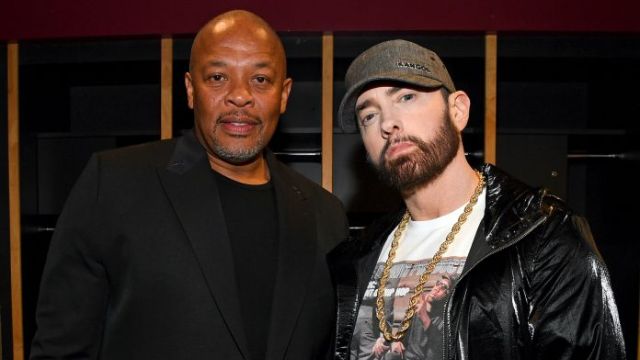 Eminem, according to Dr. Dre, is one of the hardest-working and diligent musicians he has ever worked with. Coming from a professional like Dr. Dre, this is tremendous praise. Later, they worked together on the song “Aftermath.”

Record With His Daughter

Eminem once told his wife that he was taking their daughter Hailie to Chuck E. Cheese’s to play. Instead, they headed to a recording studio to record Hailie’s part in the song “97 Bonnie & Clyde.”This is a song written especially for his daughter Hailie, as the title suggests.

Eminem has praised Hailie for keeping him grounded in life, and he penned the poignant Hailie’s Song for her when she was just seven years old.

His Role In Movies

In the film “8 Mile,” the rapper-turned-actor made his big-screen debut. This semi-autobiographical film from 2002 follows the journey of a white rapper growing up in Detroit. Eminem will make a surprise appearance in 50 Cent’s upcoming Starz miniseries BMF, according to the rapper (a.k.a. Black Mafia Family).

And, unlike most of his TV and film roles, the “Venom” rapper will not be portraying himself; rather, Eminem (born Marshall Mathers) will play White Boy Rick, a former young FBI informant.

Southpaw (2015) Eminem was originally scouted for the role in Antoine Fuqua’s boxing film Southpaw, which he accepted and started filming. …

Regarded With The Oscar Award

Eminem won an Oscar for his song “Lose Yourself” in the film. This is the first time rap music has ever received an Academy Award. Eminem has no expectations of winning the honor. He was so certain of this that he decided to skip the awards ceremony and spend the evening with his daughter.

In 2003, Eminem won a Grammy for best rap song for the same song at the Grammy Awards.

Eminem has a long list of chart-topping singles, but one of his most notable achievements was breaking the Guinness Book of World Records for the most words in a popular rap song. The 2013 single “Rap God” was the recipient of this honor.

Did Eminem Fall Asleep During The Oscars?

“Lose Yourself” from 8 Mile earned Eminem the Best Original Song Oscar in 2003. Eminem missed his Oscar win. He slept at home.

Singer Eminem has a thing for Matt Kemp’s girlfriend Rihanna. Rihanna is friends with Eminem, whose real name is Marshall Mathers.

Is Eminem The Father Of A Daughter?

Is Eminem A Tattoo Artist?

Eminem has 9 tattoos, each with a purpose. Eminem has a photo and name tattoo of his daughter Hailie Jade.

Some Absorbing Facts About Cardi B