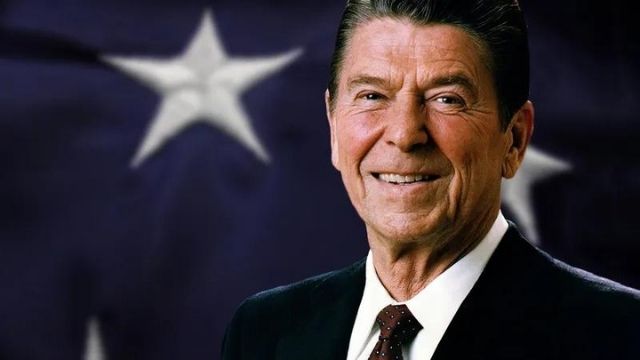 Ronald Reagan, a B-movie star of Hollywood’s Golden Age who rose to become the United States’ 40th president, symbolized many of the promises of 20th-century America, as well as its tensions and inconsistencies. He was widely credited with ending the Cold War with the Soviet Union, and he helped reshape the Republican Party in the post-Nixon era, pushing tax cuts as an economic stimulus, but he was also chastised by liberals for worsening income inequality, ignoring the AIDS epidemic, and greatly expanding the drug war.

Ronald Reagan was born in Tampico, Illinois, on February 6, 1911, to John Edward and Nelle Wilson Reagan. He enrolled at Eureka College in 1928 on a partial athletic scholarship (he played football) and worked part-time as a dishwasher. Reagan got work as a sports commentator for a radio station in Davenport, Iowa, after graduation.

According to the Reagan Library, in 1937, he finished a series of study-at-home extension courses and enlisted in the Army Enlisted Reserve. He was called to active duty in 1942 and spent the following three years in a variety of domestic tasks (due to his bad eyesight), including with the 1st Motion Picture Unit. In 1953, his commission was automatically canceled; he was a captain at the time.

Reagan became a cinematic star around the same time. He signed a seven-year deal with Warner Brothers Studios in 1937 and acted in over 50 films, many of which were B-movies. In Knute Rockne: All American, he played football player George Gipp, whose most famous line—”Win one for the Gipper”—resurfaced as a slogan in his political career. From 1947 to 1952, and again in 1959–60, he was president of the Screen Actors Guild.

Reagan married Hollywood superstar Jane Wyman in January 1940. Maureen, their daughter, was born in 1941, and Michael, their adoptive son, was born in 1945. In June 1947, another of their children died. In 1949, the couple divorced.

A Career in Politics 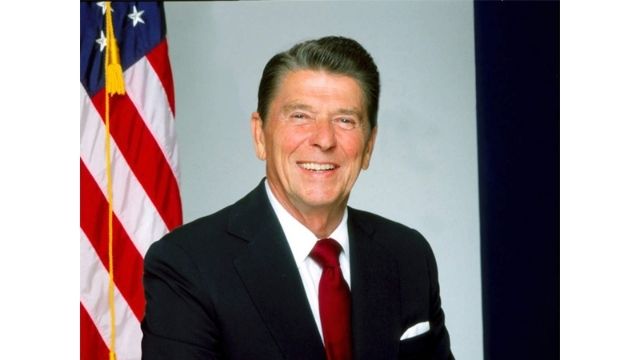 Reagan got more conservative as he grew older and more involved in politics. In 1966, Regan campaigned for governor of California as a Republican candidate and was elected. In 1970, he was re-elected for a second term.

Reagan ran for President Gerald Ford’s Republican presidential candidacy in 1976 but failed. He won the nomination—and the presidency—four years later, defeating incumbent Jimmy Carter. Reagan was 69 years old when he was elected president, making him the country’s oldest president at the time. (The current record is held by Donald Trump, who was 70 on Inauguration Day.)

Reagan was preoccupied with the Cold War during his first term, and he created the Strategic Defense Initiative, sometimes known as Star Wars, to develop space-based weaponry to defend the US against Soviet strikes. He was also a vocal opponent of labor unions, escalated the drug war, and authorized the invasion of Granada.

Some historians believe Reagan’s survival from an assassination attempt by John Hinckley Jr. in 1981 signaled a shift in his presidency, causing him to strive for treaties with the Soviet Union. In 1984, Reagan stood for re-election and defeated Walter Mondale. In 1989, he stepped down and was succeeded by George H.W. Bush, his vice president.

After Presidential Office and Death

When Reagan was in power, he was tormented by doubts about his age and apparent senility, but it wasn’t until 1994 that he revealed he had been diagnosed with Alzheimer’s Disease. Perhaps as a result of this, his post-presidential years were less busy and engaging than many had anticipated. At the age of 93, Ronald Reagan died on June 5, 2004. Pneumonia was the cause. 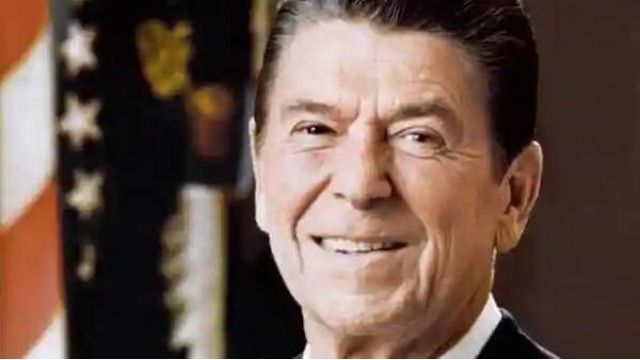 Reagan was renowned as “The Great Communicator” because of his charisma and ability to engage listeners. He was also extremely quotable. Here are a few of his most memorable quotes:

“I’m from the government, and I’m here to help” is one of the nine most horrifying statements in the English language. —On August 12, 1986, at a press conference

“There is one obvious sign the Soviets can make that would significantly promote the cause of freedom and peace.” If you want peace, prosperity for the Soviet Union and Eastern Europe, and liberalization, General Secretary Gorbachev, come here to this gate! Open this gate, Mr. Gorbachev! “Tear down this wall, Mr. Gorbachev!” —June 12, 1987, remarks on East-West relations at the Brandenburg Gate in West Berlin

In 1991, the Ronald Reagan Presidential Foundation and Institute, often known as the Reagan Library, opened in Simi Valley, California.

The USS Ronald Reagan is a nuclear-powered aircraft carrier of the Nimitz class.