Queen Elizabeth II will mark her 93rd birthday on April 21st, the first of her two official birthdays. Despite the fact that millions of pages have been written about the world’s longest-reigning queen, few people are aware of the lady behind the throne or her everyday responsibilities. In celebration of Her Majesty, here are a few things you might not know about this regal legend and why being Queen is so great.

1. She isn’t a legitimate heir to the throne. Princess Elizabeth was a lesser royal for the first ten years of her life—her rank was comparable to Princesses Beatrice and Eugenie of York today—but that all changed when her grandpa, King George V, died in 1936.

The next in line of royal succession was Elizabeth’s uncle, Edward VIII, who abdicated the monarchy less than a year after assuming it in order to marry Wallis Simpson, an American socialite. Because Edward didn’t have any children, his brother Albert (Elizabeth’s father) ascended to the throne, assuming the name George VI and making Elizabeth, then ten years old, the first in line to become Queen.

2. Her younger sister gave her a nickname in the family. “Lilibet is my pride, Margaret is my joy,” King George VI said of his daughters, Elizabeth and Margaret, who were the only children of Queen Elizabeth the Queen Mother and King George VI. “Lilibet,” of course, is Elizabeth, who gained her nickname because her older sister, Margaret (whom the family fondly called Margot), kept mispronouncing her name. 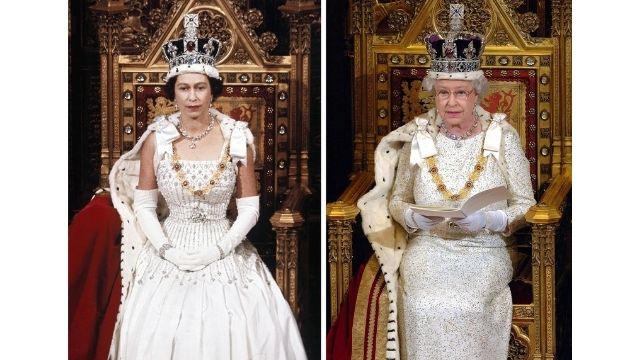 3. She failed to attend school. Heirs apparently do not attend a primary school like other students. Instead, Elizabeth was schooled at home by several tutors, including Henry Marten, vice-provost of Eton College (which is still for boys only), and the Archbishop of Canterbury gave her special religion lectures.

4. She and Margaret did, however, have a teacher. Elizabeth did not obtain an education just because she did not attend school. Marion Crawford, her nanny, was known to the royal family as “Crawfie,” and she received the most of it through her. Crawford was subsequently shunned by the royal family after publishing The Little Princesses, a tell-all book on Crawford’s experiences with Elizabeth when she was younger, without their permission in 1953.

5. She wished to serve in the military but was too young. When World War II broke out in 1939, Elizabeth, who was only a teenager at the time, implored her father to help in some way. She began by producing radio broadcasts aimed at improving the morale of British children. The 14-year-old princess reassured listeners during one of the broadcasts, “I can honestly tell you that all of us kids at home is full of joy and bravery. We are doing everything we can to assist our brave sailors, soldiers, and airmen, and we are also attempting to bear our fair part of the dangers and sorrows of war.”

6. She went on to fight in World War II. Despite the dangers, Elizabeth enlisted in the women’s Auxiliary Territorial Service in 1945, when she was 18 years old, and trained as a truck driver and mechanic.

Queen Elizabeth is the only female member of the royal family to have served in the military, and she is the only surviving head of state who served in World War II.

7. She threw a party like her subjects to commemorate the war’s end. On May 8, 1945, when then-Prime Minister Winston Churchill declared the European war to be ended, people flocked to the streets of London to celebrate, including Princesses Elizabeth and Margaret. At their father’s request, the protected duo were allowed to sneak out of Buckingham Palace to join the celebrations.

“It was a Cinderella moment in reverse,” Margaret Rhodes, their cousin who accompanied them, said.

8. She tied the knot with her cousin. Third cousins, Prince Philip, Duke of Edinburgh, and Queen Elizabeth share the same great-great-grandparents, Queen Victoria and Prince Albert. 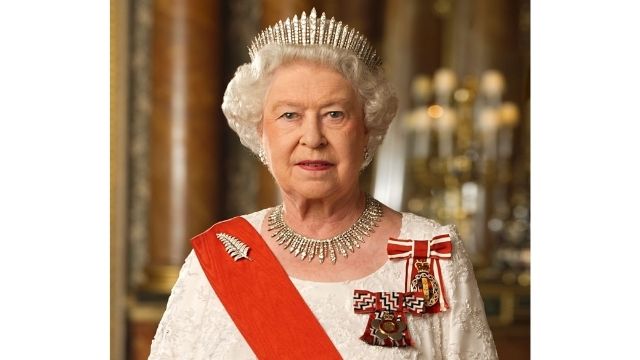 Five years later, when George VI took Elizabeth on a tour of the Royal Naval College in Dartmouth, where Philip was a cadet, the two met again. Elizabeth wrote in a personal note about how she fell in love with the young soldier-in-training: “I was 13 years old, and he was 18 years old and about to go as a cadet. He joined the Navy at the start of the war, and I only saw him when he was on leave—I think maybe twice every three years “she penned “He then spent numerous weekends away with us at Windsor when his uncle and aunt, Lord and Lady Mountbatten, were abroad.”

10. She kept her parents in the dark about her engagement. When Elizabeth was planning a month-long visit to Balmoral, her royal home in Scotland, Philip proposed to her in 1946. Without even contacting her parents, she accepted the proposal. However, when King George VI learned of the impending wedding, he only gave his approval if the couple waited until after her 21st birthday to proclaim the engagement.

On July 9, 1947, the engagement was finally made public after nearly a year of speculation.

12. She was given the option of choosing her own surname. The Queen’s surname is technical “Windsor,” which was adopted by George V in 1917 after the royal family attempted to separate themselves from the “Saxe-Coburg-Gotha” dynasty, to which they belonged because it sounded too Germanic during World War I.

However, in 1960, Elizabeth and Philip chose the formal surname Windsor-Mountbatten to set themselves apart from the rest of the royal family. (Fans of Netflix’s The Crown will recall that the surname drama was briefly mentioned there.)