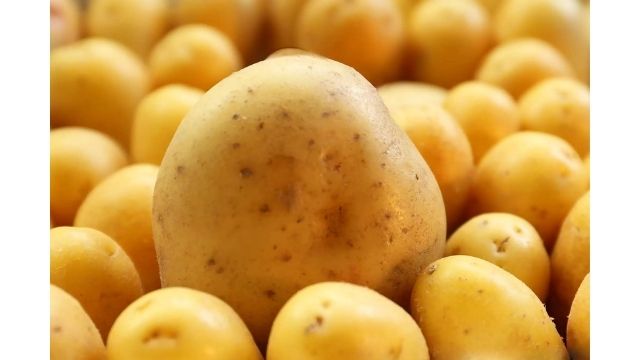 Potatoes are heavy in starch and have gotten a poor rap as a result of the popularity of the low-carb and Paleo diets. Carbohydrates, on the other hand, aren’t harmful to your health if you limit your intake. They are, in fact, necessary as a source of energy. Potatoes are a low-cost, flexible food that can be stored for a long time and are high in fiber, potassium, and vitamin C.

The USDA provides the following nutritional data for one medium (173g) baked russet potato (2 1/4″ to 3 1/4″ in diameter) with peel and no additional salt or toppings.

While a medium russet potato contains 37 grams of carbohydrates, only 4 grams is fiber. The majority of the carbs are starch, with only a minor quantity of sugar (under 2 grams). Starches are rapidly broken down into sugar in the circulation after digestion, resulting in a rapid rise in blood sugar levels.

Serve potatoes as part of a balanced dinner, such as with a piece of salmon and a side of green beans, to avoid a blood sugar spike. The addition of protein from the salmon and fiber from the green beans aids in the digestion and absorption of the potatoes’ carbohydrates.

Finally, it’s worth noting that cooked and cooled potatoes include large levels of resistant starch.

Starch that passes through the small intestine without being digested is known as resistant starch. Simply put, it’s difficult to digest.

Potatoes have very little fat, which is split between saturated and polyunsaturated fat. Omega-3 and omega-6 fatty acids are also present in trace amounts. They have no cholesterol because they are a vegetable. Unless you use a fat-based garnish or fried your potatoes, they are almost fat-free. 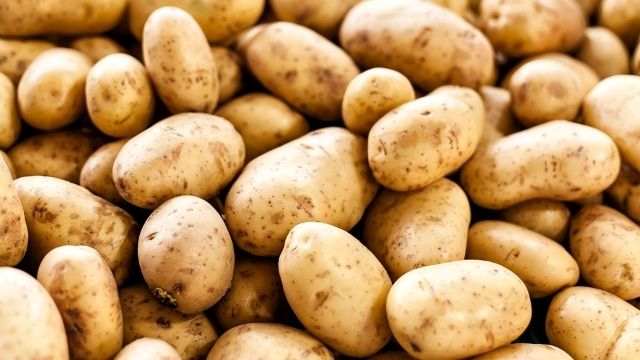 Although potatoes provide a tiny amount of protein, the protein is of good quality due to the amino acid composition and digestion. This suggests that the protein quality is comparable to eggs and even better than soybeans and other legumes.

Potatoes are high in vitamin C, vitamin B6, and potassium, among other vitamins and minerals. They’re high in folate, niacin, iron, magnesium, phosphorus, copper, and manganese, among other nutrients. You should eat the potato skin as well as the flesh to get the most nutrients out of it, as several micronutrients are higher concentrated in the skin.

Trace Minerals in the Diet and Foods Rich in Them

Despite their high carbohydrate content, potatoes should be regarded as nutritious food. Their other beneficial plant ingredients make them a valuable addition to a well-balanced diet. 3

Potassium, which acts in opposition to salt to assist regulate blood pressure and fluid balance, is abundant in potatoes. Potassium levels in potatoes are exactly as high and as useable by the body as when taken as a nutritional supplement, according to research. 4 Potassium is also necessary for the regular function of muscles and nerves.

The immune system is aided by this supplement.

Normal immune system function, blood clotting, and strong connective tissue and blood vessel walls all require vitamin C. Because the body cannot store vitamin C, it must be obtained from diet. One baked potato offers around 19% of the daily vitamin C requirement.

Aids in the recovery of oxidative damage

Vitamin C, carotenoids, and polyphenols, among other antioxidant phytonutrients, are abundant in potatoes. These molecules can aid in the repair of cells that have been damaged by oxidative stress, which has been linked to a variety of chronic disorders.

Prevents the development of chronic diseases

Fiber is beneficial to digestion, blood sugar control, weight loss, heart health, and many other things. Potatoes are a good source of nutritional fiber, especially when the skin is eaten.

Is Adding Fiber to Your Diet Beneficial?

FODMAPs (Fructooligosaccharides) is a kind

Potatoes are low in fermentable oligo-, di-, mono-, and polyols (collectively known as FODMAPs), a type of short-chain carbohydrate that can cause bloating and digestive discomfort. Following a low-FODMAP diet can help persons with irritable bowel syndrome (IBS) and Crohn’s disease feel better. On this diet, potatoes are permitted.

Allergies to cooked or raw potatoes, as well as pollen from potatoes, are uncommon but have been described.

These symptoms are most commonly noticed in patients who suffer from hay fever and are allergic to birch tree pollen. Because the proteins in the potato are chemically identical, they may cause a response when consumed.

Remember to read ingredient labels carefully if you or your child has a potato allergy. Potato flour and/or potato starch are included in a surprising variety of items.

When starchy foods are processed or cooked at high temperatures, a hazardous chemical called acrylamide occurs. Potatoes and other starchy meals are affected. Acrylamide has been demonstrated to cause cancer in laboratory animals, but we don’t know in what quantities it is harmful to humans.

It’s worth noting that the level of acrylamide found in potatoes is significantly lower than that seen in laboratory animals. The greatest acrylamide is produced when potatoes are fried or baked at high temperatures for a long time, although this can be minimized if the potatoes are boiled first or treated with antioxidant treatments. To avoid acrylamides, steam potatoes instead.

Potatoes, like tomatoes, eggplants, sweet peppers, and a few other vegetables, belong to the nightshade family.

Solanine is a chemical found in minute levels in nightshades. Some people allege that eating potatoes and other nightshade plants causes them to experience more arthritis-like discomfort. However, there hasn’t been any evidence of a link between solanine and rheumatoid arthritis discomfort. 11

Solanine is hazardous in big doses, but the quantity found in potatoes isn’t enough to make you sick unless you consume green potatoes or sprouts from potatoes that have been sitting about for too long. Green potatoes should not be consumed; instead, they should be discarded. In any case, they have a bitter and unpleasant flavor. 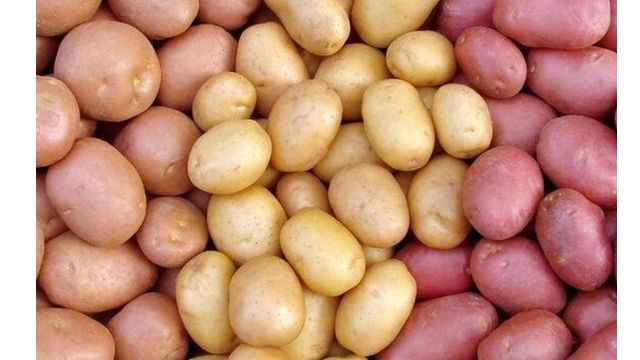 White, yellow, and red potatoes are the most popular, while blue and purple potatoes are also available. From tiny new potatoes to fingerlings to giant russets, you’ll find a wide range of potato sizes (also known as “Idaho potatoes”). They’re all nutritionally comparable, although the textures can vary slightly. Purple potatoes, for example, have more flavonoids (anthocyanins) in the pigment. Sweet potatoes, on the other hand, have a distinct appearance, flavor, and nutritional profile.

Unwashed potatoes can be stored in a cold, humid, dark environment for weeks or even months. Instead of a plastic bag, store them in a paper bag or cardboard box. Do not store potatoes in the refrigerator because this can cause acrylamides to form, and do not eat green potatoes.

The nutritional content of potatoes varies dramatically whether they’re fried, converted into chips, or coated in heavy sauces, butter, or cheese. In terms of nutrition, baked, roasted, and boiled potatoes are the finest. Consider adding vegetables or other nutritious toppings to your potatoes: