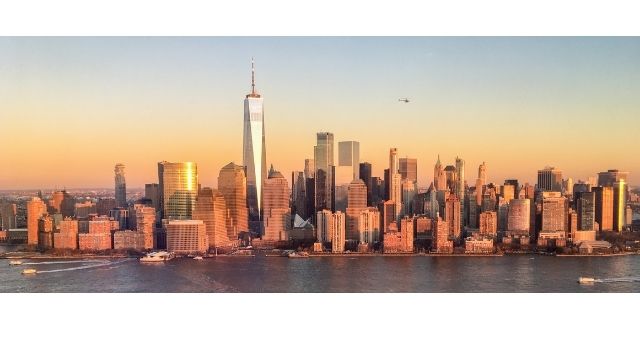 New Yorkers have accumulated thousands of significant landmarks throughout the city’s long history. In addition, because New York City has so many cultural attractions, millions of visitors come here each year to see it for themselves. Many people consider New York to be the best city on the planet and simply refer to it as “The City” to demonstrate its greatness.

New York City has a fascinating and extensive history, spanning nearly 400 years. From its original position as a forest to the skyscraper-filled city, it is today, it has evolved dramatically. It’s fascinating to speculate on what New York City will look like in 400 years.

While the city’s official seal indicates the city was founded in 1625, many historians believe the first immigrants arrived in 1624.

The majority of the early colonists were Dutch, fleeing the Spanish Inquisition’s religious persecution.

The creation of a fur-trading center was one of the settlers’ main ambitions, which is why beavers appear on the New York City seal.

Governor’s Island was the site of the first settlement. They set out to occupy lower Manhattan the next year.

Native Americans sold the area to Peter Minuit in 1626.

The Mannahatta, a Native American tribe who inhabited the area, gave their name to the island of Manhattan.

Manhattan was formerly little more than a cattle pasture.

New York City had a population of nearly 3 million people at the turn of the century.

The Wyckoff Farmhouse, which was built in 1652, is New York City’s oldest standing structure. 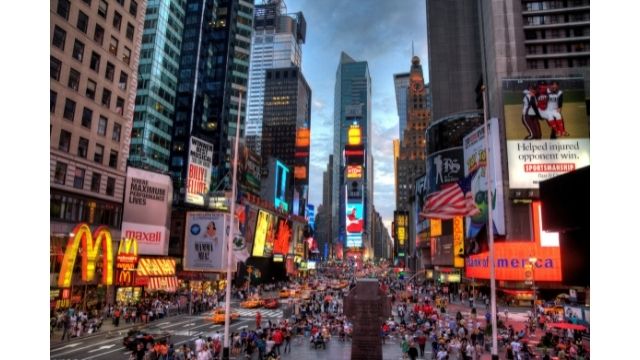 New York City is a frantic and congested metropolis. It is known as a “Melting Pot” since it is home to people from all over the world. This unique blend of cultures provides New York City its allure and distinguishes it from other cities.

New York City has a population of over 8 million people, according to the 2012 census. This is more than a third of the total population of the state.

A language other than English is spoken by over half of the city’s citizens over the age of five.

The metropolitan area of New York City has a population of almost 12 million people.

More women than men live in New York City. Females make up about 52 percent of the population.

The population of New York City is roughly 44 percent white, 25 percent black, 28 percent Hispanic, and 12 percent Asian. The remainder is mostly made up of people of Pacific Island or Native American ancestry. Because many people have mixed ancestry, these percentages sum up to more than 100%.

Approximately one-third of the population of New York City lives in poverty.

There are around 50,000 homeless persons in New York.

New York City is a small city. The city’s total area is around 300 square miles.

Manhattan’s population roughly doubles during the workweek, when an additional 1.5 million commuters flock to the island.

Many notable structures in New York have been built by artists, architects, and elected officials over the years. Others, such as the Statue of Liberty, were built elsewhere and transported to the city. New York is home to some of the world’s most famous structures, including the Empire State Building.

From its completion in 1931 through 1972, the Empire State Building was the world’s tallest tower.

Many significant skyscrapers were built in New York City, including the Woolworth Building, the New York Life Building, and the Metropolitan Life Insurance Company Tower, in addition to the Empire State Building.

Central Park is one of the world’s largest urban parks. The park, which spans over 800 acres, attracts over 35 million visitors each year.

In 1886, the Statue of Liberty, a gift from France, was unveiled in New York Harbor.

The Brooklyn Bridge was the world’s first steel-wire suspension bridge, as well as the first to have electric illumination. It connects Brooklyn and Manhattan by crossing the East River.

The Staten Island Ferry, which travels across the Hudson River, may not be considered a landmark, yet it receives thousands of visitors each year.

Times Square, sometimes known as the “Center of the Universe,” is one of New York City’s most famous and well-known landmarks.

New York City is home to a large number of renowned people, which should come as no surprise given the city’s population. The best of the best choices to reside in New York because it is the world’s cultural, business, and entertainment center. You might run into a celebrity on the street, in the subway, or in a restaurant on any given day.

At one point or another, Michael Jordan, Joe Namath, and Vince Lombardi were all New Yorkers.

Christina Aguilera, 50 Cent, and Lady Gaga are all current musicians who were born in New York City.

Lucile Ball was born in Jamestown but relocated to New York City when she was a child.

New York was the birthplace of both Theodore Roosevelt and Franklin D. Roosevelt.

Some of the world’s funniest people live in New York City, including Adam Sandler, Eddie Murphy, and Jerry Seinfeld.

Any metropolis with the moniker “Gotham” must have its fair share of well-known criminals, and New York City is no exception. New York City was home to Al Capone, Billy the Kid, and David Berkowitz.

Mike “The Situation” Sorrentino from Jersey Shore and Paul John Teutul from American Chopper are two New Yorkers who have appeared on reality television shows. 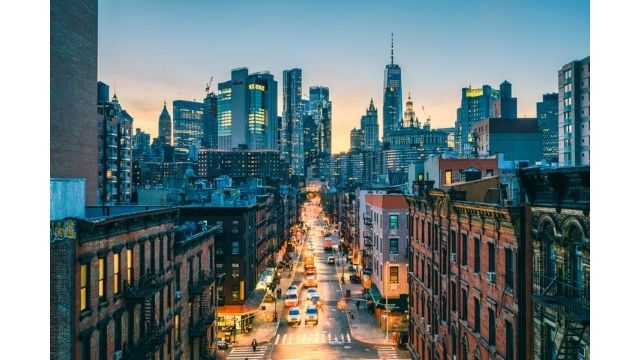 Many events and attractions lure visitors from all over the world to New York. New York City is one of the most fascinating cities on the planet, with everything from sporting events to theatre plays. There are also world-class zoos, amusement parks, and museums in New York City.

Ellis Island was once the site of immigration into the United States, but now it houses a museum dedicated to teaching tourists about early immigration regulations and procedures.

Saturday Night Live and Today are taped at Rockefeller Center, which is a major tourist attraction.

Visitors go to well-known ethnic districts such as Chinatown and Little Italy.

The New York City Marathon, which takes place every year and passes across all five boroughs, attracts up to 50,000 runners.

In New York City, famous scenes from movies and television shows abound. Many people like viewing the filming locations for Friends, Law & Order, and Seinfeld.

Many visitors come to New York City solely to enjoy the nightlife. The city is densely packed with restaurants, theatres, and nightclubs.

The Museum of Modern Art is one of the best museums in the world, with important works from all around the world on display.

Roller coasters and other thrill rides are among the many attractions on Coney Island.

The Bronx Zoo is one of the best zoos in the country, and it has helped to save many endangered animals. The New York Aquarium, located on Coney Island, allows visitors to get up and personal with sea creatures.

Residents and tourists to the New York Botanical Gardens can observe a wide variety of lovely plants and flowers.

New York is well-known for its fantastic cuisine. The city’s diverse population has resulted in a true melting pot of gastronomy. Within a few city blocks, visitors may sample cuisine from hundreds of different countries and dine in some of the world’s best restaurants.

According to several experts, New York Pizza is the best in the world. Most experienced pizza cooks believe that the city’s municipal water, which is used to make the crust, is superior to any other water on the planet.

According to Restaurant magazine, New York has nine of the top 100 restaurants in the world.

Many areas are known for a specific sort of cuisine. Koreatown, for example, is recognized for its Korean cuisine, while Little Italy is home to a number of well-known Italian eateries.

New York City is said to be the birthplace of drinks like the Bloody Mary and the Manhattan Special.

New York City is the birthplace of the ice cream cone, pasta primavera, and eggs Benedict.

Blimpie, Yoo-hoo, Sbarro, and Haagen-Dazs are among the national food companies with headquarters in New York City.

Many of New York City’s restaurants are among the world’s most expensive. Patrons paid an average of $400 or more per person for some of them.