May Has 20 Amazing Facts! 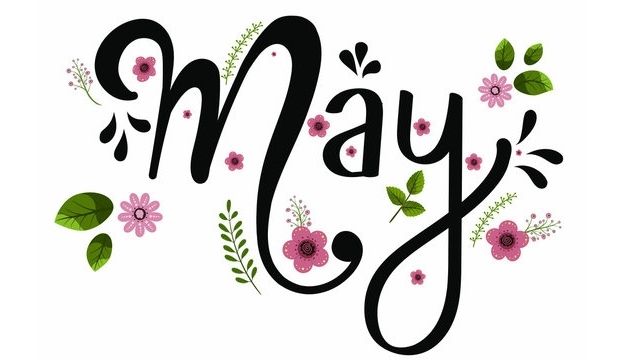 May is noted for being a month of change. If you live in the northern hemisphere, the early spring rains have passed you by, as have the fresh chilly breezes.

The spring flowers are budding, the birds are chirping, and life is beginning to feel a little more joyous day by day by the time May arrives!

If you live on the other side of the globe, in the southern hemisphere, summer has passed you by. The autumn winds have rushed through, making the nights cooler and darker.

It’s a period of transition, yet it’s still pleasantly warm.

May is a month of transition, no matter where you are in the world.

But what is it about May that is so important? Let’s take a look at this month that has been a-may-zing!

1. May is a modern English adaptation of the Latin word Maius, which dates back to the ancient Greeks. May (or Maius) is a month named after the Greek goddess of growth.

2. Ovid, a Roman poet, had different beliefs on the etymology of May’s name. He stated that the month got its name from the Latin term Maiores, which means “elders.”

3. The term “may” was not first used until the 15th century AD, as the Middle Ages were coming to an end. The Roman word Maius was still in use at the time.

4. In Old English, May was known by a different name. The month was known as the “month of three milkings” back then. This, predictably, meant that you may milk your cows up to three times every day during this month!

5. Getting married in May was formerly thought to be extremely unlucky. In fact, there’s an adage that goes, “Marry in May and you’ll repent the day.” It’s unclear where the statement originated, but there had to be a compelling reason to avoid getting married during one of the most gorgeous months of the year!

6. However, May isn’t only a lousy month for getting married. In Cornish folklore, buying a new broom in May is considered unfortunate. Also, it appears that you should not wash any blankets!

7. Every year in May, the Eurovision song contest takes place. Eurovision is an annual international song competition that has been held every year since 1956. Over the years, some of the contest winners have gone on to be hugely successful bands, the most famous of which being ABBA!

8. May is a special month for Star Wars fans all across the world, and it’s always a wonderful excuse to see the movies again. The 4th of May is known as Star Wars Day because the date sounds close to “May the Force.” We’re not going to start an argument about whether old movies are better than new ones because we all know the answer!

9. Every year in May, a meteor shower known as the Eta Aquariids occurs. This meteor shower, discovered in 1870, crosses Earth between April 19 and May 28. It’s easiest to see from the equatorial portions of the globe, and it can be seen immediately before sunrise.

10. May babies are considered to have a higher probability of becoming successful in life and experiencing more love. While this may not be factually accurate, people born in May have been seen to be more aware of the importance of love and success than others.

11. On May 1, 1931, the Empire State Building was inaugurated. It held the record for being the world’s tallest skyscraper at the time of its construction. Many other skyscrapers have since dwarfed it, yet it remains a breathtaking component of the New York skyline!

12. It wasn’t a good May in Europe back then if you didn’t celebrate it with a maypole. They’ve been around since at least 1350 AD in the United Kingdom. Celebrants would raise a long pole and decorate it with flowers, garlands, and cloth strips, around which various dances would be performed.

13. May is a strong month for presidents in the United States. At least one US president has died every other month of the year, but never in May!

15. The emerald is the birthstone for May. Emeralds are a type of beryl stone that range in hue from dark sea green to a lighter shade. Emeralds are a sign of rebirth and fertility. 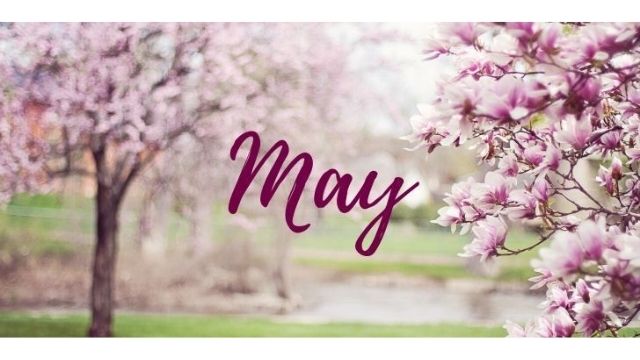 19. May features a few days that are out of this world! On the first of May, Hawaii celebrates Lei Day, which also happens to be May Day. On May 10th, Utah commemorates the completion of the First Transcontinental Railroad with Golden Spike Day. Put a Pillow on Your Fridge Day is observed on May 29th.

20. Mark Zuckerberg, Karl Marx, Clint Eastwood, Wes Anderson, John F. Kennedy, Queen Victoria, and Catherine the Great are just a few of the renowned people that were born in May!