Utah is the 30th most populous and 13th largest of the 50 states that make up the United States. It is located in the United States of America’s western region. On January 4, 1896, the state was granted statehood, making it the 45th state to join the union. Arizona, Colorado, Idaho, Nevada, New Mexico, and Wyoming are its six bordering states.

Utah (also known as the Beehive State or Deseret) is divided into 29 counties. Salt Lake City is the state capital. UT is the abbreviation for Utah. Let us learn more about Utah’s history, geography, economics, people, culture, nature, and animals using this information.

1. Utah is named after the Ute tribe of Native Americans. The tribe has resided in this area for generations, long before the arrival of the first Europeans in America. While the Utes used to hunt, fish, and gather food for themselves, they also traded with other Native American tribes and the Spanish. In fact, after purchasing horses from the Spaniards, the tribe’s way of life changed considerably. There are now three tribal reservations in the state.

2. Archaeological data suggests that Native Americans have lived in the Utah region for at least 12,000 years. Range Creek’s archaeological ruins are a treat for archaeologists and historians alike. Dugout pit homes have been discovered dating back over a millennium. The settlement’s geographic location aided in the preservation of the historic site. Furthermore, for half a century, the rancher who purchased the land kept it a secret.

3. Latter-day Saints or Mormons began their journey from Illinois to Utah in 1846, following the death of their religious leader and prophet. Today, Mormons make up more than 60% of Utah’s population. As a result, Utah is the only American state where the majority of the population is affiliated with the same faith. [1]

Read more: 10 Surprising Octopus Facts You Had No Idea!

4. Brigham Young established Utah’s first Mormon (Latter-Day Saints) community when he arrived in Salt Lake Valley with 148 Mormons. “This is the land,” he stated when he first visited the Salt Lake valley on July 24, 1847. They fled Illinois for Utah to avoid persecution.

5. The term “Beehive State” was given to Utah in recognition of its Mormon immigrants. The community intended Deseret, which means “honeybee,” to be the state’s name when it joined the union. However, because the term sounded like a desert to Congress, the state was renamed after the aboriginal Utes.

6. The geography of the state of Utah is fascinating. There are three distinct terrain formations on the island. The Rocky Mountains, the Colorado Plateau, and the Basin and Ridge Region are among them. It also has some notable geological features, including a large saltwater lake and salt flats.

7. Film and documentary makers are drawn to Utah because of its distinctive geographical features. It was discovered to be the ideal setting for Westerns such as The Lone Ranger and Stagecoach. Other films shot here include Planet of the Apes and Arabian Nights. 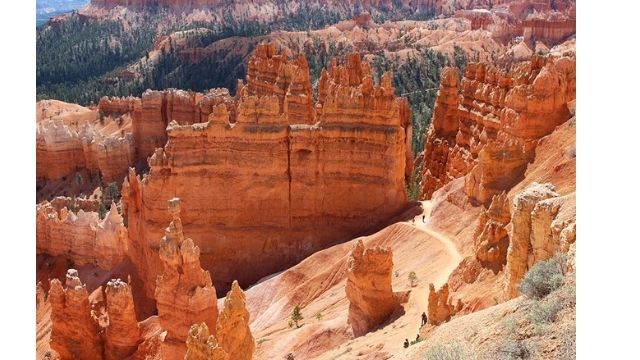 8. Newspaper rock — the engraved symbols in sandstone operate as a 2,000-year-old native-culture newspaper.

9. The Arches National Park in Utah has almost 2,000 naturally sculpted arches. The arches are made of natural sandstone and provide breathtaking views of the surroundings. Those who have discovered unnamed arches have been given the honor of naming them.

10. Utah is home to one of the world’s oldest living species. The trembling giant is a grove of Aspen trees in the Fishlake National Forest. The fact that these trees have a single root system is fascinating. This also implies that the trees have the same genetic makeup. Pando is another name for it. This Latin phrase means ‘I spread,’ which is a perfect fit for Aspens. Even with a modest breeze, the leaves of the trees begin to flutter, earning the trees the nickname “quaking aspens.”

12. The Bonneville Salt Flats, which cover 30,000 acres, are a sight to behold. Speed racers are drawn to this area because of the smooth and thickly packed salt landscape. When a speed racer lost control of his vehicle in 1964, the result was a six-mile-long trail of skid marks.

13. The Bonneville Salt Flats have set a number of land speed records. When Gary Gabelich’s rocket-powered Blue Flame reached 1,014.656 kph on October 23, 1970, he became the first person to do it.

14. In Utah, the world’s largest raptor was discovered. Utahraptor was the name given to the 23-foot-long predatory dinosaur. It possessed curved claws that were around 24 centimeters long, with a preserved claw measuring 22 centimeters in length.

15. The Sundance Film Festival, the country’s largest independent film festival, is held in Utah. Originally, it was known as the Utah Film Festival.

16. According to Kraft Foods, the makers of Jell-O, Utah residents consume more Jell-O than residents of any other state in the US. In fact, folks here devour twice as much dessert as the national average. The lime-flavored drink seems to be a hit with the crowd, and it’s frequently served with shredded carrot. Furthermore, Utah residents enjoy ice cream and candy more than the majority of Americans.

17. Rather than Kentucky, Utah was the first state to sell Kentucky Fried Chicken. Utah residents were the first to purchase and try KFC. Colonel Sanders’ initial triumph with the fried chicken dish occurred at the Harman Cafe in Salk Lake City. 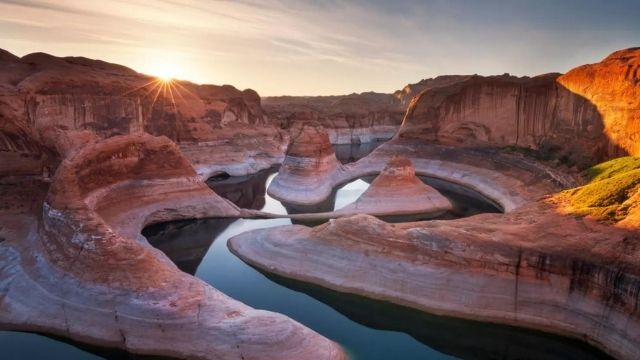 18. Utah saw the completion of the nation’s first transcontinental train line. The event is commemorated at Promontory’s Golden Spike National Memorial Site. The project, which spanned from Sacramento to Omaha, took seven years to finish in 1869. The Pacific Railroad, commonly known as the Overland Route, ran through it.

19. In Utah, the country’s first department store was created. The Zion Cooperative Mercantile Company opened in 1868 and operated well until 1999 when Macy’s purchased the store.

20. The Bingham Canyon Mine is thought to be the world’s largest man-made pit. Miners have worked here for almost a century. The hole is growing every day as the mining business continues to remove approximately 250,000 tonnes of rock from it. From space, the massive crater formed by mining activities can be seen. Due to safety concerns, visitors are not permitted to enter the mine.