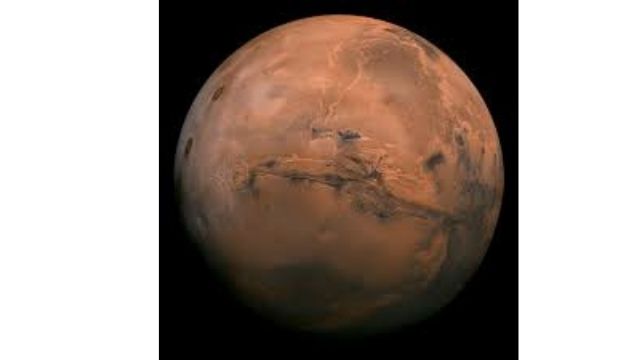 These 20 unique and entertaining facts about Mars will astound your relatives and acquaintances.

The Red Planet is another name for Mars. This is due to the fact that Mars’ surface is covered in iron oxide-based soil, rock, and dust, giving it a rusty red color.

The Roman god of war, Mars, inspired the name of the planet.

Deimos and Phobos are two of Mars’ moons. They’re named after the two horses that pull the chariot of the Roman god of battle, Mars. It’s possible that they’re asteroids caught in Mars’ gravitational pull.

With a diameter of 4217 miles, Mars is smaller than Earth. As a result, it is our solar system’s second smallest planet.

On Mars, a year lasts 687 days. That’s the equivalent of 1.9 Earth years. This is due to the fact that Mars is more distant from the sun, hence its orbit takes longer.

Mars has a 25-degree tilt on its axis, which means it has seasons as we do on Earth since various parts of the planet are closer to the sun at different periods of its orbit.

The atmosphere of Mars is made up of 95.9% carbon dioxide and 2.7 percent nitrogen. Because the atmosphere is too thin to trap the sun’s heat, it is extremely cold, ranging from -100°C in the winter to 20°C in the summer. 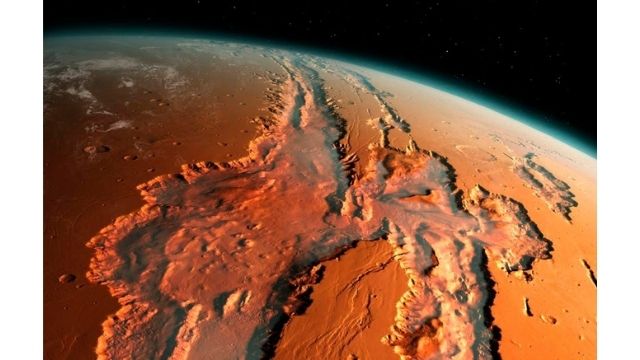 Because of its rough and rocky surface, Mars is classified as a terrestrial planet. It has flat plains on the northern side and ridges and craters on the southern side.

Many channels, plains, and canyons may be found on Mars’s surface, which could have been formed by water erosion (water wearing away the surface). This could indicate that open water in liquid form existed billions of years ago on the Earth.

The sun causes powerful dust storms on Mars, which can persist for months. Dust storms can totally blanket the planet and transform the surface of Mars on a regular basis.

Olympus Mons, a dormant volcano on Mars, is our solar system’s largest volcano and highest mountain. It reaches a height of 16 miles and a width of 600 kilometers, making it three times the height of Mount Everest.

Borealis Basin is Mars’ largest crater. It stretches for 5300 miles and covers 40% of the planet’s surface.

Valles Marineris, the biggest canyon in our solar system, is found on Mars. It runs for thousands of kilometers and is 4 miles deep.

Mars will most likely be the first planet humanity visit and investigate because it is so close to Earth.

On Mars, there is no sign of life. It is, however, the planet with the finest conditions for life, and scientists believe that life could exist beneath the surface of Mars because water ice was recently discovered close beneath the surface.

Do you want to know more about Mars, the planets, our solar system, and the cosmos as a whole? Enroll today in our science holiday camps and spring term science classes where kids can study, experiment, explore, and play for more science, more astonishing facts, and more fun!

More Facts and Information About Mars

For long of the nineteenth century, it was assumed that life existed on Mars. This belief was based on a combination of mistake and imagination. Giovanni Schiaparelli, an astronomer, saw what he thought were straight lines on Mars’ surface in 1877. As other people spotted these lines, some speculated that they were too straight to be the result of intelligent life.

The most common assumption about the function of these lines was that they were canals built for irrigation. Astronomers were able to see the Martian surface more clearly after the invention of increasingly powerful telescopes in the early twentieth century, and they discovered that the straight lines were really an optical illusion. As a result, past claims of life on Mars were shown to be unfounded and dismissed.

The notion that Mars had life resulted in a great amount of science fiction being created in the twentieth century. Martians have been the subject of several television and radio shows, comic books, movies, and novels, ranging from little green men to death beams.

Despite the fact that the finding of Martian life in the eighteenth century was later proven to be fraudulent, Mars remains the planet most conducive to life outside of Earth. As a result, recent planetary missions have attempted to discover whether even the most basic forms of life may be found on the planet’s surface.

In the 1970s, the Viking mission conducted experiments on Martian soil in the hopes of identifying microorganisms. While it was first thought that biological agents were responsible for the synthesis of compounds during the trials, it has subsequently been discovered that these compounds may be generated without the need of biological mechanisms.

Despite the fact that the findings point to the absence of life on Mars, experts believe that the conditions are favorable for life to live beneath the planet’s surface. The Mars Science Laboratory and ExoMars missions are two future planetary expeditions that will examine the likelihood of past and present life. 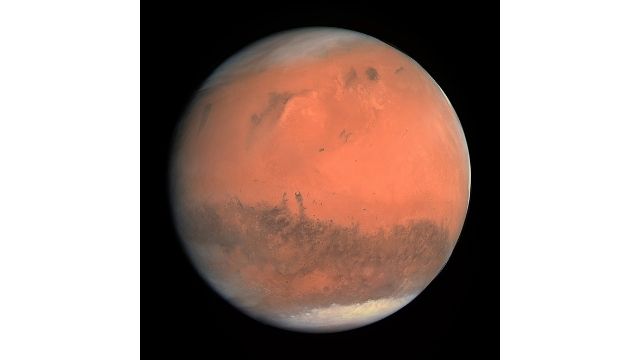 The atmosphere of Mars is quite similar to that of Venus, which has one of the least habitable atmospheres in the Solar System. Although carbon dioxide is the predominant component of both atmospheres (95 percent for Mars and 97 percent for Venus), Venus has experienced a runaway greenhouse effect, resulting in temperatures exceeding 480° C, but temperatures on Mars never surpass 20° C.

As a result, something besides the composition is at work. The density of the two atmospheres is a substantial difference.

Unlike Venus, which has a thick atmosphere, Mars has a thin atmosphere. Simply, if Mars had a thicker atmosphere, it would resemble Venus.

Furthermore, because of the thin atmosphere, atmospheric pressure is only around 1% of that found at sea level on Earth.

That is the comparable pressure found 35 kilometers above the surface of the Earth.

The impact of the Martian atmosphere on the occurrence of liquid water is one of the long-standing fields of investigation.

The findings reveal that, despite the fact that the polar caps have frozen water and the air includes water vapor as a result of the planet’s poor atmosphere’s freezing temperatures and low pressure, liquid water cannot exist on the planet’s surface.

However, planetary probes have found indications of liquid water one meter beneath the planet’s surface.

Surprisingly, Mars has weather patterns, despite its scant atmosphere. Winds are the most common manifestation of this weather, although it also includes dust storms, frost, and fog. Some erosion has been observed at specific spots on the planet’s surface as a result of this weather.

Finally, prominent hypotheses suggest that the Martian atmosphere may have once been dense enough to support huge oceans of water. However, the planet’s atmosphere was substantially altered in the past by some methods. One prevalent theory for the transition is that Mars was hit by a big object, causing a large component of its atmosphere to be expelled into space.