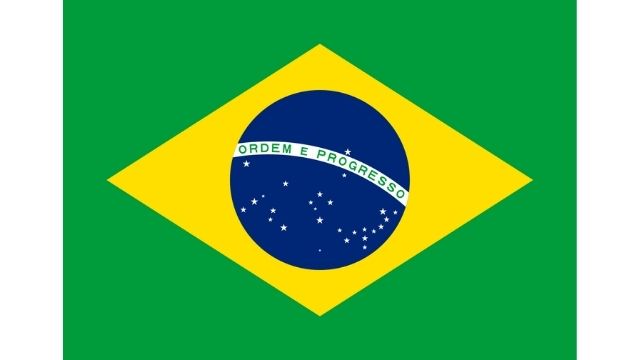 Brazil is more than simply a jungle paradise; it also has the world’s largest rainforest and the world’s largest metropolis. Cowboys in the South and Wild West Stories from the Northeast are also available. Brazil is my second home, and it continues to amaze me. So I’ve compiled some facts about Brazil.

Brazil produces the world’s largest amount of coffee. The coffee plant was brought from Africa and made many Brazilian nobles extremely wealthy. The Vale do Para ba, where farmers deforested the slopes to expand the crop, was the most profitable coffee region.

The industry eventually deteriorated as a result of the abolition of slavery and the over-exploitation of the land. Many of the old coffee farms have been converted into Hotel Fazendas, which are vacation resorts. The slave quarters, known as Senzalas, have been converted into hotel rooms that give tours of the farm owners’ magnificent homes (complete with period dress).

Guaraná is a caffeine-rich Amazonian fruit with more caffeine than coffee beans. As a result, the fruit extract is used to make a syrup that is used to make Guaraná, Brazil’s most popular soda. When cut, the fruit resembles eyeballs, which has inspired many local legends.

Mandioca (also known as yuca or cassava in English) is a staple food in Brazil, grown in all 27 states. This root vegetable is also the source of tapioca. Brazil is the world’s second-largest mandioca producer, trailing only Nigeria. Mandioca is known by many names, including alpine, macaxeira, castelinha, macamba, and the nickname “Brazil’s Father.”

Cachaça, like rum, is Brazil’s national drink, made from distilled sugarcane products. It does, however, have a distinct flavor and can contain up to 50% alcohol by volume.

Find out more in our article What is Cachaça?

Açai is a berry grown in Brazil and throughout South America that has been dubbed a superfood. The berry is well-known for its use in a drink of the same name. The açai drink, on the other hand, contains a variety of sweetening ingredients, including the Gauraná syrup.

In Brazil, cow farming is so valuable that a prize bull can cost up to $1 million. Farms in Brazil can occupy vast swaths of flat land, which is ideal for allowing cattle to graze freely. With 135 thousand hectares, or about the size of New York City, Nova Piratininga in Goiás is Brazil’s largest farm. In both Mato Grosso and Mato Grosso do Sul, the Pantanal is home to some of the world’s largest cattle herds.

Brazilians are so fond of chicken hearts that, despite producing 6 billion chickens every year, they occasionally need to import extras. On skewers, the BBQ delight is served.

Brazil Facts from the Natural World 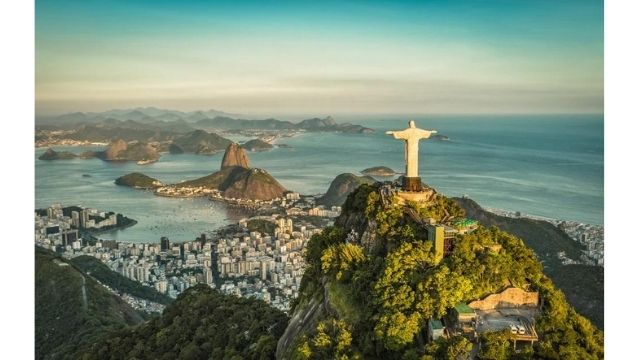 Except for Chile and Ecuador, Brazil shares borders with every country in South America. That’s ten country boundaries, which equates to a significant amount of border control. It has also resulted in recent influxes of Venezuelan refugees compelled to flee their nation owing to a humanitarian crisis.

Fleeing Through the Jungle: Venezuelan Refugees in Brazil is a good read about the refugee crisis.

Brazil is home to two-thirds of the Amazon jungle. The Central Amazon Conservation Complex is the world’s largest nature reserve, including 6 million hectares.

There is an island in So Paulo where only venomous snakes live. The Brazilian navy forbids entry to the island because the Golden Lanceheads, sometimes known as Pit Vipers, are the most lethal snakes in Brazil. Fortunately, there are no beaches on this dangerous island, so no one can sneak onto it.

Hevea Brasiliensis, also known as the rubber tree, is a Brazilian tree that produces natural rubber. Unfortunately, an English adventurer named Sir Henry Wickham smuggled rubber tree seeds from Brazil in 1876, and it became a worldwide crop from there.

According to biologists, Brazil is the world’s most biodiverse country. Although it does not place first in the rankings for birds or mammals, it does so for plants and amphibians.

In this vein, the population is also quite diversified. Why not learn more about Kim Jong-Brazilian un’s passport?

Brazil is known for its enormous emeralds. In the Brazilian states of Pernambuco and Bahia, two of the world’s largest Emerald discoveries were made. One is estimated to be worth $400 million. Imagine one day excavating $400 million from your backyard. The Bahia emerald is its name. What is the issue? Who is the owner of this beast? There have been ongoing disagreements about ownership rights, and no one has yet won the lottery. A lucky miner uncovered another 341kg emerald only last year. This time, the “owner” and his family went into hiding. He also relocates the jewel on occasion, fearing to kidnap if word got out.

Though the Amazon is best known for its violent piranhas, the Amazon basin is home to a huge. The Pirarucu is a 3 meter long creature that breaths air and can stay underwater for 30 minutes. This permits the fish to hunt in oxygen-depleted water.

Brazil’s Serra de Capivara park, a UNESCO World Heritage Site, houses the ruins of one of the world’s oldest ancient civilizations. The most extensive caving painting sites in the world may be found in the state of Piau (pee-a-wee). They are 50,000 years old, and they connect a cave system of 750 archaeological sites with 30,000 cave painting figures.

So far, the country has had two presidents impeached. Fernando Color de Mello was the first to be impeached, in December 1992. Dilma Rousseff was impeached for the second time in December 2016, 24 years later.

Brazil, which brought nearly 4 million Africans into slavery, had the world’s largest slave population. Historians estimate that it is ten times higher than in the United States. Brazil was also the last country to abolish slavery in 1888.

Visiting Favelas Responsibly explains how the abolition of slavery is linked to the formation of favelas in Brazil.

Rio de Janeiro served as Brazil’s capital from 1763 until 1960 when the country’s president had the vision to move the city to the country’s center. They had to fly in concrete and building materials to really create the city because it was so far away from other structures. The projected city appears to be in the shape of an airplane from above.

Brazil has a document that states that it will not participate in conflicts unless it is attacked directly. That implies they only had one international war, which was against Paraguay, which attempted to conquer three countries at the same time. They do, however, take part in peacekeeping efforts such as UN missions. That is why, from 2004 until 2017, the Brazilian army was stationed in Haiti. 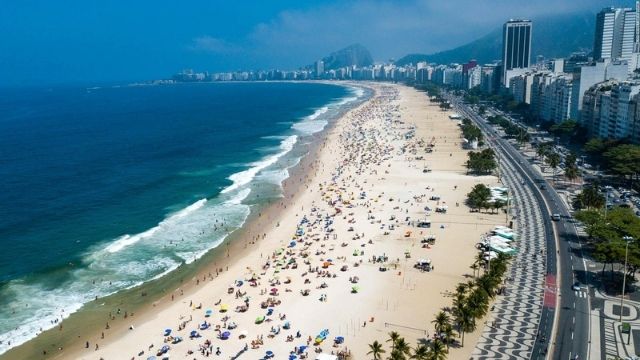 On New Year’s Eve, Brazilians have a custom of wearing white. It’s an indication that you desire the coming year to be peaceful. However, depending on your New Year’s goals, there are a variety of color specters to pick from.

Passion and romance are symbolized by the color red.

Nature and good health are associated with the color green.

Money is represented by the color yellow.

Blue is the color of peace.

The color orange is associated with professional achievement.

Purple is the color of motivation.

Tiradentes Day is technically Brazil’s second “independence day.” Tiradentes was a dentist who conspired to overthrow the Portuguese government (conquistadores). However, in a dramatic grass-roots operation, officials apprehended and quartered Tiradentes as a warning to anyone who might try to follow in his footsteps.

More information can be found in our Tiradentes Guide: Brazil’s Two Independence Days.

Brazil has 13 official national holidays (three days for Carnival) as well as additional holidays for each city and state. Saint George’s Day and Black Awareness Day, for example, are both celebrated in Rio de Janeiro. Special events, such as days of the World Cup Football games in which Brazil competes, are also made into holidays (or at least for half a day).

It is customary to eat turkey with codfish around Christmas. Because the festivities take place in the evenings of the 24th and 25th, stores and restaurants will be open as usual. On Good Friday, the traditional Easter meal is fish.

The 12th of October is a national holiday in honor of Nossa Senhora Aparecida (Our Lady Aparecida), which draws a large pilgrimage to the cathedral devoted to the 1717 miracle. They march to the spot where a little black statue of Mary appeared to fisherman in Vale do Para ba, Brazil’s coffee region.

Brazil has won the most World Cups of all time. They have five titles to their name.

Capoeira is a martial art form that originated in Brazil. It was invented by the slave population as a means of self-defense, and it was illegal at the time.

Rio was the second city in the Southern Hemisphere to host the Olympic Games, following Australia’s two hostings. It is South America’s first country to hold prestigious sporting events.