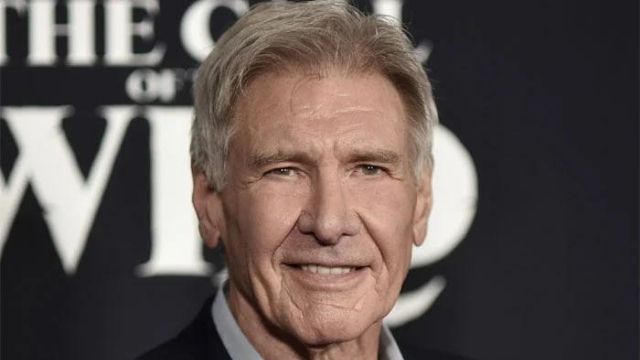 It’s no wonder that when people think of the best performers of all time, Harrison Ford is usually near the top of the list, somewhere in the top five or ten. He is not only a fantastic actor, but he is also responsible for bringing some of the most memorable characters to life. Starting with Han Solo from the Star Wars universe, he went on to star in other great smash series including Indiana Jones, Blade Runner, The Expendables, and even Air Force One, in which he played the President of the United States. He has worked with some of Hollywood’s most celebrated directors throughout the course of his six-decade career.

The actor is known for his outspoken and forthright approach in real life. In many of his interviews, he appears irritated and uninterested, yet despite this, he is always grateful to his fans and has attended several conventions to address their questions. Let’s take a look at ten intriguing facts about Harrison Ford in honor of his birthday.

10. Man of Advertising. The first item on our list is a fact that, based on the actor’s manner, I find pretty amusing. Ford is well-known in Japan as a result of his appearances in a number of advertisements, which he shares with his Fugitive co-star Tommy Lee Jones, who also endorses a number of items. Kirin Lager is the most well-known. The commercials are no longer solely available in Japan, thanks to YouTube, so you should absolutely check them out. 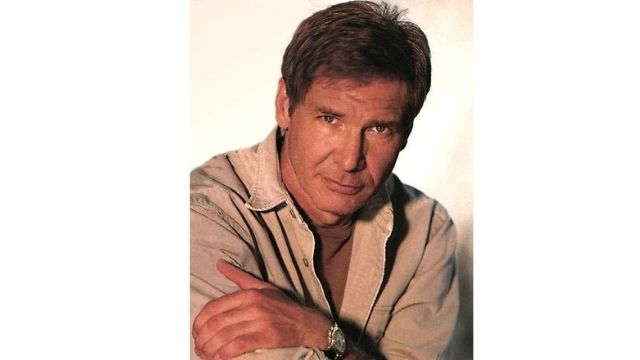 9. Involved in one of his most well-known scenes. On our list, this is one of the most well-known facts. For those who are unaware, the sequence in Raiders of the Lost Ark in which Indiana Jones is approached by a sword-wielding bad guy and just shoots him was improvised. Ford was sick with dysentery during production, so he could only film for 10 minutes at a time before needing to go to the bathroom. As a result, instead of a planned lengthy sword fight scenario, Ford and Spielberg decided that Jones should just pull out his gun and shoot the goon. They had no idea that this sequence would go on to become one of the most hilarious and well-known in cinema history.

8. Ladies’ Gentleman. Ford has always been a good-looking person, especially when he was younger. Many fans had crushes on the characters Solo and Jones, although Ford was actually married three times in real life. His first marriage to Mary Marquardt, his undergraduate sweetheart, lasted from 1964 to 1979, and his second marriage to screenwriter Melissa Mathison lasted from 1983 to 2004. In 2010, he married fellow actress Calista Flockhart, and the couple is still together today. In addition to his three marriages, he had a three-month love relationship with co-star Carrie Fisher when they were both working on Star Wars.

7. The Origins of His Scar. Many fans will be familiar with the scar on his chin thanks to his decades on the big screen. The scar has become much more visible as he has grown older (it happens to the best of us), but do you know how he got it? The scar was caused by him attempting to fasten his seatbelt after losing control of the car he was driving in 1968. He eventually lost control of the vehicle and smashed into a telephone pole, injuring himself further. Surprisingly, the scar would later appear in two of his films with a fabricated narrative. In Indiana Jones and the Last Crusade, a young Indiana Jones cuts himself on the chin for the first time while using his famous whip. Ford’s character in Working Girl claims he got the scar during a knife fight, but later admits it was caused by him passing out while getting his ear pierced and smacking his chin on a toilet seat. To be fair, you’d probably lie as well if that was the genuine cause for the scar.

6. Hero in Real Life. Ford is well-known for his roles as some of cinema’s greatest heroes, but did you know he is also a real-life hero? In the third Expendables film, Ford’s character is shown to be a good pilot, and it turns out that the actor possesses this expertise as well. He has a number of planes and helicopters, therefore he’s been known to use them to rescue people. He has never been requested to do so by authorities; he simply did it because he had the resources to do so. Ford also watched a car roll off a roadway in Santa Paula, California, in 2017. He and a few others assisted the driver in safely exiting the vehicle and even waited for EMS. What a character!

5. Has a good working relationship with George Lucas. Ford has collaborated with director George Lucas on several times, much like Samuel L. Jackson has been identified with starring in films by director Quinten Tarantino. Of course, Indiana Jones and Han Solo are the most well-known roles, but did you know Ford also acted in one of Lucas’ early films, American Graffiti? This first cooperation would have a significant impact on his career, as Lucas would subsequently invite him to come to hear line with possible Star Wars performers, ultimately resulting to his casting as Han Solo.

4. Appeared in just two Star Wars movies. It’s difficult to picture a Return of the Jedi sequel without Han Solo. However, this was very close to being the case. It’s no secret that Ford wanted his character to die in the original trilogy, and that was one of the key motivations for his comeback in the sequel trilogy. Ford has been outspoken about it, but many fans are unaware that he was not contractually obligated to appear in Episode VI. In The Empire Strikes Back, Ford demanded that his character die, but Lucas refused. So, instead of trying to persuade Ford to return, the decision was taken to freeze his character in carbonite, rather than the original plan of him and Chewie escaping. Imagine how different ROTJ would have been if he hadn’t been there.

3. The Well-Known “I Know” Phrase. Every Star Wars fan will remember Han Solo’s famous “I know” response to Leia’s “I love you” in Empire. The line’s history, on the other hand, has become slightly twisted through time. The line was popularly assumed to have been improvised by Ford, however, this was not the case. Despite the fact that it wasn’t the originally planned line, Ford claims he proposed it during rehearsals rather than delivering it on the spot. Regardless, Ford deserves full credit for it because it was his idea and he executed it flawlessly. When someone says “I love you,” it’s the only acceptable response for many admirers. 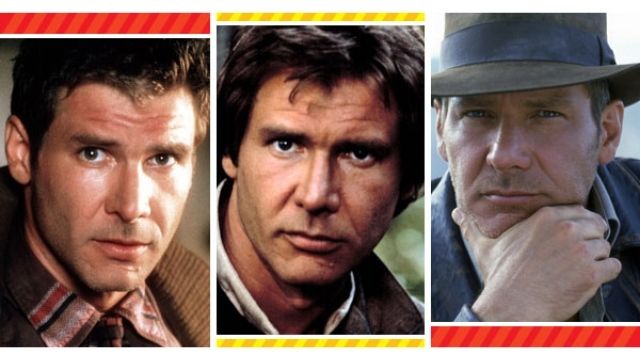 2. His name will live on in the natural world. Many outstanding actors have received numerous awards in recognition of their contributions to the entertainment industry. Ford, on the other hand, is one of the few people who can claim to have a real-life species named after them. He is the name of two separate species: a spider called Calponia Harrisonfordi and an ant called Pheidole Harrisonfordi. Furthermore, he was granted the opportunity to name a new butterfly species, which he chose to call Georgia after his daughter. That’s quite impressive.

1. Prizes, The final fact on today’s list is one that comes as a bit of a shock to me. Ford has never won an Academy Award despite a long list of films in which he has starred and countless brilliant characters he has played. In reality, he has only been nominated for an Academy Award once in his illustrious career, for Best Actor in a Leading Role in the Film Witness. Instead, he got the American Film Institute’s Lifetime Achievement Award in 2000, as well as a star on the Hollywood Walk of Fame in 2003.

While these are commendable achievements, the man is deserving of an Academy Award. No one else would have come close if there was a category for “Best Finger Pointing.”