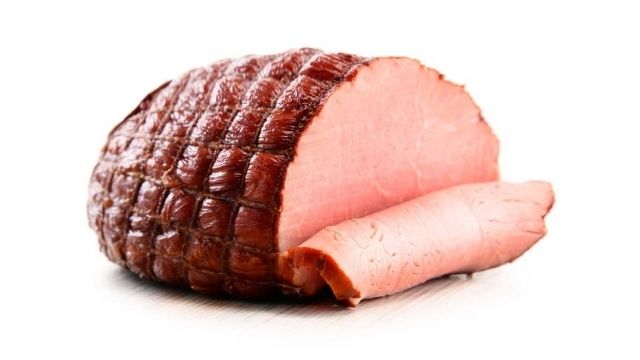 Many holiday meals feature ham as the main course, but it’s often heavy in sodium and other preservatives. If you’ve been keeping an eye on your heart health, you might be wondering if eating ham is still safe. Ham can be incorporated into a healthy eating plan by taking a few factors into account. There are even certain advantages to be had along the road.

The USDA provides the following nutritional information for 3 ounces of cured ham (84 grams).

In the United States, most ham is cured, which is a method of preserving meat using salt (or potassium nitrate), nitrites, and occasionally sugar, spices, phosphates, and other substances. While this technique decreases bacterial growth and improves the flavor of the pig, it also alters the nutritional value and qualifies ham as processed meat.

104.4 calories, 3.72 grams of fat, 16.2 grams of protein, and less than one gram of carbs are found in three ounces of cooked ham with the fat and bone removed. There are 966 milligrams of sodium in the same amount, which is more than 42 percent of your daily value (DV).

Ham has a number of minerals that stand out, including 21.3 micrograms (39 percent of your daily value) of selenium, which is crucial for reproduction, thyroid function, and cell protection from damage and infections. In addition, at 0.42 milligrams (35 percent of your DV), ham is a healthy source of thiamin, which helps cells turn carbohydrates into energy.

The ultimate reason ham is bad for your health is that it’s classified as both red meat and processed meat, both of which are known to cause the following health problems.

Cancer risk may be increased by eating ham.
The International Agency for Cancer Research (IACR) has classified processed meats like ham as carcinogenic to humans, which means there is enough evidence that they cause colorectal cancer, according to the agency. Red meats, on the other hand, are classified as “possible carcinogens” by the IACR since they have been linked to a rise in colorectal, pancreatic, and prostate cancer.

“There is significant evidence that consuming red or processed meat is both causes of colorectal cancer,” the American Institute of Cancer Research (AICR) and the World Cancer Research Fund agree. According to the AICR, research has indicated that eating even little amounts of processed red meats like ham on a regular basis increases the risk of colorectal cancer. The risk increases in direct proportion to the size of the piece.

Although scientists aren’t certain why processed red meat causes cancer, there are a few ideas. Smoking and frying meats at high temperatures, for example, boosts DNA-damaging chemicals that might cause cancer. In humans, the nitrates and nitrites added during the curing process are thought to generate cancer-causing chemicals, according to studies. 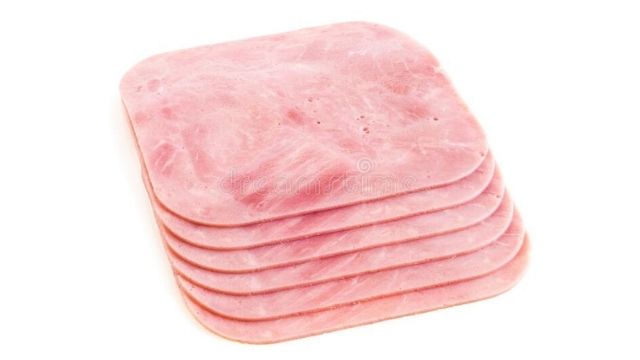 Carbohydrate content in ham is normally low. One gram of carbs comes from sugar, namely dextrose, which is employed as a preservative in a 3-ounce portion of cured ham. Sugar and, as a result, carbs are likely to be increased in honey ham types.

Per 3-ounce serving of ham, there are roughly 4 grams of fat. Saturated fats account for 1.4 grams of the 4 grams of total fat.

With 14 grams of protein per 3-ounce meal, ham is a high-protein food. All of the necessary amino acids are found in ham.

The salt content of most forms of cured ham is considerable. In the example above, one 3-ounce serving has 44 percent of the daily salt allowance.

The pig’s hind leg is known as gammon. Although ham is likewise derived from the pig’s rear leg, gammon is sold raw, has been cured, and must be cooked before consumption. Cooked ham is available for purchase. The nutrition of gammon is comparable to that of ham. A single serving of gammon contains around 123 calories, 5 grams of fat, 18 grams of protein, 1 gram of carbohydrate, and 1023 milligrams of sodium.

Prosciutto is a dry-cured Italian ham. Because most individuals who prefer prosciutto eat it thinly sliced, this ham variety is likely to have fewer calories. A single slice of prosciutto contains only 18 calories. 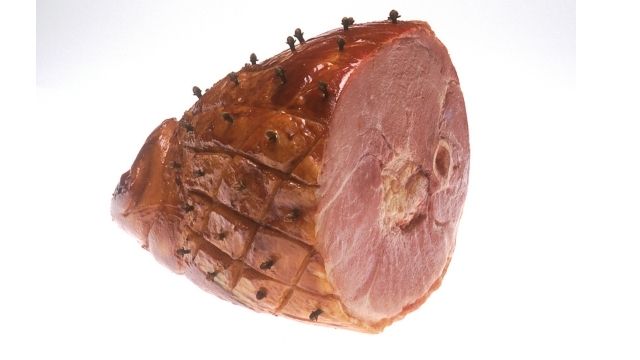 When purchasing a Thanksgiving ham, estimate that each individual will consume one-half pound or less. Then choose between bone-in or boneless for a more flavorful taste and easy slicing.

Do you want a ham sandwich? Choose a whole wheat bread with low salt content and high fiber content. Choosing a different type of bread, such as a croissant, would result in fewer fiber calories and more fat calories. To complete the meal, add crunchy low-salt vegetables to your healthy sandwich. Radishes or celery slices are ideal. Cucumber, cauliflower, and cherry tomatoes are also options.