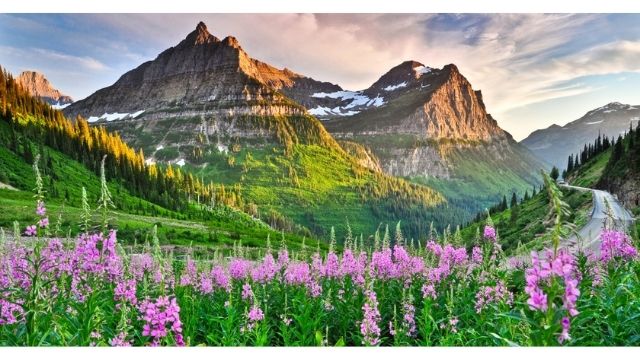 Glacier National Park, located in northern Montana, straddles the Continental Divide and is one of the country’s most awe-inspiring places. Majestic mountain ranges with steep craggy peaks give way to glacier-carved valleys and lush meadows, while thick snow melts and cascades down waterfalls, nourishing the area’s 700 blue lakes each winter.

These fascinating facts about the park will help you learn more about this geological wonder.

The combined park is known for its biodiversity as well as its status as a “pristine laboratory for scientific research of global climate change, snowfall, natural wildfire processes, species movement and population estimates, water, and air quality.”

2. The IceCaps are Melting. According to the US Geological Survey, all of the park’s glaciers are retreating owing to climate change and may disappear by the end of the century.

Glaciers formed this spectacular U-shaped valley during the Pleistocene Epoch, a period 12,000 years ago when much of the Northern Hemisphere was buried in ice. The smaller glaciers that can still be observed today are about 6,500 years old.

Only 32 of the 80 glaciers identified in 1850 have survived, according to data.

3. Water Flows in Three Directions in the Park. How’s this for a strange occurrence? Triple Divide Peak, in Glacier, is home to one of nature’s strangest wonders. Any water that falls on the summit is channeled into either the Pacific or Atlantic oceans, or into Hudson Bay (a tributary to the Arctic ocean).

This means that rain or snow melts in one of three directions depending on which slope of the Triple Divide it falls.

4. The Road to the Sun is a Majestic Wonder. This is one of the most beautiful segments of road in the country. Another “wow” moment awaits you at every bend of this twisting, cliff-hugging route.

The Going-to-the-Sun Route, which was completed in 1932 and is listed on the National Register of Historic Places and designated as a National Historic Civil Engineering Landmark, is a well-constructed road. The 50-mile paved two-lane roadway follows the shores of the park’s two largest lakes as it connects the east and west sides of the park at Logan Pass.

5. 10,000 Years Ago, Indigenous Peoples Called This Place Home. Glacier National Park has been home to humans for over 10,000 years, according to scientists. They discovered evidence that multiple Indigenous groups hunted, fished, and gathered plants in the area.

Several Threatened or Endangered Species can be found in the park.

While Glacier is home to hundreds of animals, including 276 bird species and 71 mammal species, it also protects a number of endangered species, with some categorized as threatened.

6. Grizzly bears, Canada lynx, and bull trout are among them. Mountain Goats Can Frequently Be Spotted in the Park. A mountain goat is likely to be spotted stomping along the sheer cliffs or at the goat lick overlook, where the goats come to lick the minerals off the rocks along the riverside.

Mountain goats have also been observed near Logan Pass, and have been seen on hiking trails.

7. There are 30 endemic plant species on the Glacier. Plants thrive at Glacier National Park because a multitude of ecosystems collides. The plant, tree, and wildflower community found here is highly diversified.

The park is reported to be home to 30 endemic species in the northern Rocky Mountains. In Montana, 67 of the almost 1,200 species of vascular plants have been designated as sensitive by state officials.

8. There are 734 miles of hiking trails in the park. Walking is the greatest way to view and enjoy glaciers. There are hikes for hikers of all abilities on the park’s 734 kilometers of trails. From short nature trails like Trail of the Cedars, Hidden Lake, and Running Eagle Falls to lengthier day walks like the Highline Trail, a strenuous 11.4-mile trek, and the Grinnell Glacier Trail, a grueling but rewarding 10.3-mile round trip, there’s something for everyone.

9. There is a lot of snow, and plowing is difficult. The snow season lasts from mid-October to mid-June, therefore the park is covered in snow for the majority of the year. In the higher elevations, flakes can fall at any time of year.

The average snowpack at Glacier is around 16 feet, making clearing the Going-to-the-Sun Road traffic challenges. Plows usually begin work in the early summer and work can take months to finish. 10 By early July, the road is usually completely open. 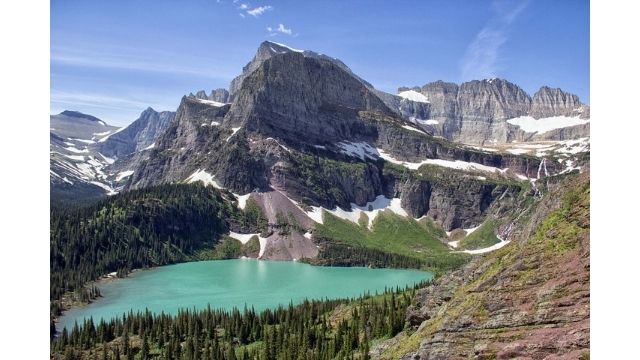 10. On the Big Screen, the Landscape Shines. It was driven by Jack Nicolson, and Tom Hanks starred in it. Nicolson is seen driving along the park’s Going-to-the-Sun Road in the opening moments of Stephen King’s movie “The Shining,” with overhead shots filmed around Mary’s Lake.

When Tom Hanks was running across America in “Forrest Gump,” the park was used as a backdrop.