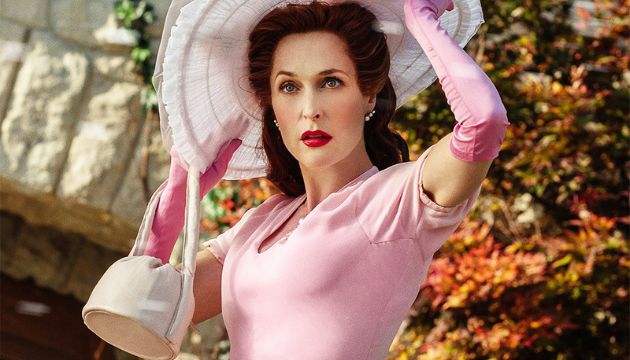 Gillian Anderson, an American actress and writer born on August 9, 1968, in Chicago, Illinois, is best known for playing FBI Special Agent Dana Scully in the television series The X-Files (1993-2002, 2016, and 2018). Anderson considered studying marine biology in high school, but her involvement in community theatre piqued her interest in acting.

Before pursuing a theatre career in New York City, she obtained a B.F.A. from the Goodman Theatre School at DePaul University in Chicago and participated in the National Theatre of Great Britain‘s summer programme at Cornell University in Ithaca, New York.

Gillian Anderson relocated to New York City in 1990 after earning her degree from DePaul University. The part of Evelyn in Absent Friends, which Mary-Louise Parker was originally cast to portray but left to star in Grand Canyon, was available for her to apply for. Anderson submitted two readings for the role, and director Lynne Meadow decided to give the inexperienced, early-twenties Anderson a chance.

Gillian said that when she was a teenager, her sense of style and relationship status bothered certain people. She claimed that while a high school student in Grand Rapids, Michigan, she dated both a lady and a person who was much older than her. She replied, “I opted to be in the world at that time, which, you know, was not what people did. Everything that kind of anarchistic mindset brings—the inappropriate behaviour it leads to.

Anderson definitely stunned some viewers when she spoke with her original British accent in her role as Stella on The Fall. According to Anderson, it’s simpler for her to speak with an American accent while she’s in the United States and a British lilt when she’s in the United Kingdom.

I’m going to see what it’s like to communicate among Americans with a British accent, I thought, and I felt so uncomfortable,” she added. “I was in Los Angeles recently with a few Brits. “I kept thinking they must think I’m a complete tw*t since it felt so contrived. But it’s very impossible for me to keep an American accent when I’m here.

When the X-files Returned in 2016, Gillian Anderson “Struggled” to Find Dana Scully Once More

Anderson had an eight-year vacation from portraying her most famous character after The X-Files movie was released in 2008, but she made a triumphant comeback in the 2016 programme revival as Dana Scully. She said to Net-A-Porter, “I battled in the first week.” 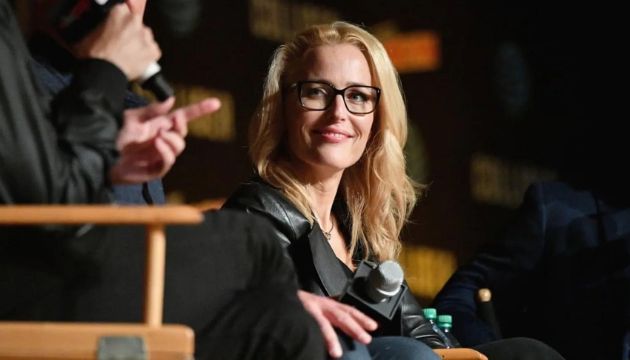 “Instead of realising that time had passed, I was searching for the Scully of the past. She and Mulder are not together, and she has made a name for herself in medicine by assisting surgeons, working with children, and researching a specific ailment.

You get the impression that she lives her life between going to work and her apartment. Of course, Mulder is what’s missing, so there must be something else.

In the Fall, Gillian Anderson and Jamie Dornan Seldom Ever Got to Interact

The cat-and-mouse game between serial killer Paul Spector and Detective Superintendent Stella Gibson culminated in 2015 when the two eventually shared a lengthy encounter in the season finale of The Fall. People would approach me after the first season and say, “I adore The Fall; how was Gillian Anderson to work with?” Tells The Independent, Dornan.

And I’d respond, “I have no idea.” The actors eventually had more opportunities to perform in scenes together. However, due to schedule issues, they didn’t spend much time together off-screen. In the first season, I ran across her three times: once during the read-through, once in the police station’s hallway, and once in the makeup trailer while she was working in the morning and I was working in the afternoon “Added Dornan.”

Since Gillian and I both had small families, most of the time it was either a “Jamie day” or a “Gillian day.” I spent any time off I didn’t spend in Belfast with my family. Before doing all this publicity together and getting to know each other in the joint interviews, we had never even crossed paths.

Anderson told Net-A-Porter that she believes the reason why so many women tend to “fangirl” her is that she supports other women. “I compliment individuals when I find them attractive, and I commend other actresses when I find their work to be outstanding. So I believe that women feel somewhat at ease in my presence,” she remarked. Also, you know, because I’m not flawless.

I’m ageing, have flabby thighs, and am only 5 feet 3 inches tall. I discuss how I fail in modern culture by bringing up food, exercise, or other topics. There is, in my opinion, a courteous appreciation for my candour. She believes that the reason she has so many male followers is that she portrayed a sex symbol in The Fall. 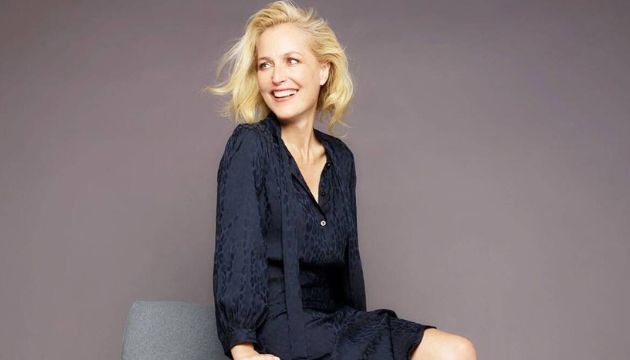 “There was a queue out the door of men for the picture op [at Comic-Con], which has never happened to me before, “She spoke. “In contrast, on that particular day at least, the males were drawn to a particular character and a particular component, which was sex appeal. With women, it feels more like it’s a combination of the human being and the characters that I chose.

A Book on Women Was Co-written by Gillian Anderson

Jennifer Nadel co-authored the book We: A Manifesto for Women Everywhere, which was released by Simon & Schuster subsidiary Atria Books in 2017. According to Anderson, “It’s a book about facing yourself,” The Guardian. It’s about resolving issues in one’s personal life so that one can serve the world more effectively. Additionally, it’s about the female community as a whole: how there is so much rivalry, criticism, and negativity out there, especially on social media, when we should be turning to one another and supporting one another in finding our voices.

In a Role, Gillian Anderson Thrives on the Tension

Someone once commented on the fact that I chose or ended up in situations where I was competing with these [male] characters, not necessarily in opposition to them: Mulder, Hannibal, and Spector, she noted in an interview with The Telegraph. “That I frequently find myself playing those parts. Even though Mulder isn’t truly a predator and we aren’t engaged in that dance, there is still tension. various sorts of sexual and intellectual stress.

“I don’t have the same desire to portray Scully as I have Stella or Blanche [DuBois], “Net-A-Porter was told by Anderson. “She is not extremely complex, which contributes in part to that. People understand that and that the programme has other complexity, but as an actor, I don’t have the same enthusiasm for the part. She is aware that Scully is a “wonderful character” and that “[The X-Files] has a formula and a taste that hasn’t been replicated in anything else,” though.

The Daily Mail stated at the beginning of 2016 that Anderson had had some facial plastic surgery. Anderson swiftly dispelled the claims on Facebook. If it weren’t so depressing, she said, “these bollocks would have improved my day.” “I’m not strictly against surgery, but I’m against the stigma linked to women who choose it, whether they do so knowingly or unknowingly “In September of the same year, she spoke with The Telegraph.”

Read more: Ice Cube Facts: Do You Know These Facts?

I find it awful that women are under such a lot of pressure and are either doomed or damned if they don’t. That is abhorrent. But I must be honest and state that I am fortunate. There might be something in a few years that I find intolerable, and I’m not going to say I wouldn’t give in. I would want to think that I am confident enough in myself not to, but I have to accept the fact that I am an actor and that I have vanity.

David Duchovny was honoured with a star on the Hollywood Walk of Fame in January 2016. Anderson sent a macabre message while assuming that his day was a funeral even though he didn’t show up for the event. She wrote, “He was a good man. “A decent dude. Quite clever. He likes pilates and avocado. actor, author, and ally. He is and always will be my bright star. May God grant him forgiveness and eternal peace.

What Are Gillian Anderson’s Earnings and Net Worth?

An American actress named Gillian Anderson is worth $40 million. The long-running American television series “The X-Files,” in which Gillian Anderson portrayed Special Agent Dana Scully, is perhaps the reason for her greatest fame. Gillian has had a fruitful career in cinema and television outside of The X-Files.