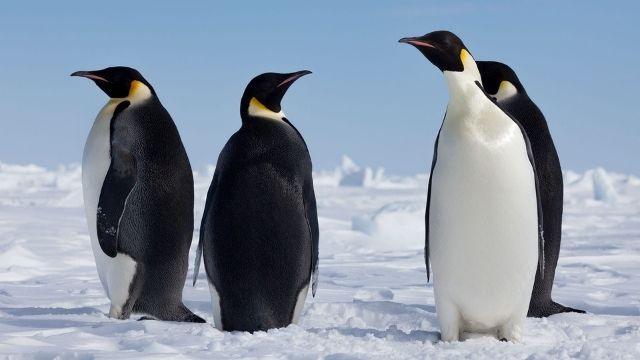 The term “penguin” refers to a group of 19 flightless seabirds that can be found in cooler seas and along coastlines in the Southern Hemisphere. Penguins are sea birds that cannot fly but are excellent swimmers.

The following are 20 fun facts about penguins for youngsters.

Fact 1: Penguins are only found in the Southern Hemisphere. The Southern Hemisphere is home to all 19 species of seabirds categorized as “penguins.” The birds in this category range in size from the small blue or fairy penguin (approximately 41 cm long and 1 kg in weight) to the emperor penguin, which is the largest of the group (usually about 1.1m tall and about 27 to 41 kg in weight).

Fact 2: Penguins are excellent swimmers, according to Fact 2: The streamlined, barrel-like bodies of penguin seabirds help them swim faster by reducing drag. Their wings are adapted to produce thin, stiff flippers that let them swim by providing propulsion (moving force). Most penguins can swim to depths of roughly 20 meters in pursuit of food because of this ability, and some have even swum as far as 30 meters!

Fact 3: They have a distinct bone structure: Unlike other birds’ bones, penguin bones are solid (not hollow). This allows them to stay submerged in the water for as long as they like. Due to their small, thick legs that are positioned far back from the torso, penguins have a waddling walk when observed on land.

Fact 4: Habitat: Smaller penguins reside closer to the equator (for warmth) and feed solely on fish, whereas larger penguins live closer to Antarctica, where their body can resist harsh cold and wind. Fish, squids, and krill are eaten by the larger penguins (krills are small, shrimp-like creatures). 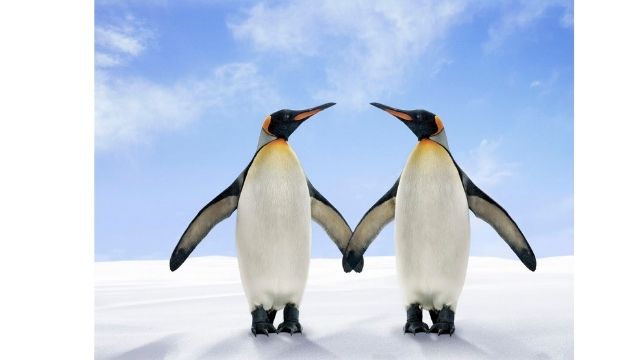 Fact 5: Although penguins come ashore to breed, they spend the majority of their life at sea, spending roughly 80% of their time at sea. Although penguins are commonly associated with harsh climes, only two species reside on the frozen Antarctic continent: the Adélie penguin (Pygoscelis adeliae) and the emperor penguin (Aptenodytes forsteri).

Fact 8: Penguins are highly social animals, and they execute almost all of their behaviors in groups! They are extremely united in their pursuit of numerous things that are essential to them. The term ‘rookery’ refers to big gatherings of penguins. The rookery eats, swims, hunts, and builds nests as a group.

Emperor penguins snuggle together to remain warm in the dangerously cold winds of Antarctica, where the temperature is frequently quite low (very cold). Penguins have a distinct voice or call that they use to locate mates and chicks in huge groups (amidst a thousand penguins or more).

Fact 11: Penguins are bright and cheerful: Penguins, contrary to popular belief, do not only come in black and white but also as brightly colored birds of all sizes!

The Emperor and King penguins have orange and yellow blushes on their necks, while other species like the Fiordland, Royal, Snares, and Rockhopper penguins have vivid yellow heads and bushy eyebrows. A pale yellow mask also covers the yellow-eyed penguin’s face around the eyes.

Fact 12: What is the origin of the term Macaroni? It gets its name from the golden feathers on its head. The crest on its head resembles the same-named 18th-century caps (Macaroni).

Fact 15: The Emperor penguin is the largest of all the penguin species. Temperatures in Antarctica, where this species lives, might plunge to -60 degrees Celsius. As a result, the Emperor penguin is the only mammal that lives on the continent’s open ice during the winter. Because of the high amount of fat stored in its body, this penguin species can withstand extreme cold.

Fact 16: Penguins do not fly. They are, nevertheless, well adapted to water bodies, where they swim and spend roughly 20% of their life on land. 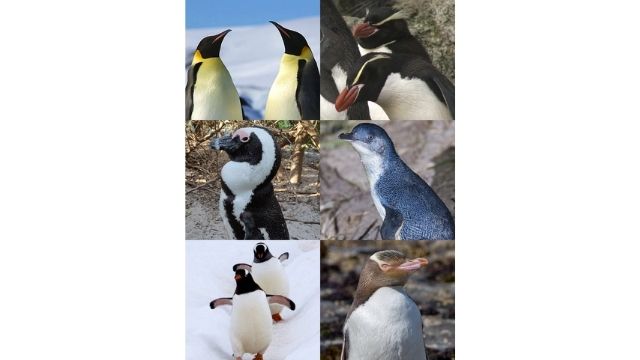 Fact 17: The King penguin is the second-largest species of penguin. On the chilly sub-antarctic islands where they breed, they have around four layers of feathers to keep them warm!

Fact 18: Penguins can drink seawater, according to fact 18. (This is because they have a gland in their body that acts as a filter to separate the ingested salt from the water).

Fact 19: In the Northern Hemisphere, no penguins exist.

Fact 20: The black and white color scheme of penguins helps them blend in when swimming. When observed underwater, the black plumage on their back makes them difficult to spot from above, while the white plumage on their front and belly looks like the light reflecting off the sea surface (to predators).