30 Banana Facts That Will Make You Want To Eat One!

Bananas are a popular fruit that many of us consume on a daily basis, whether for breakfast, lunch or simply as a snack.

It’s a versatile ingredient with a pleasant flavor that may be found in a wide range of cuisines and meals, from curry to ice cream.

But how much do you really know about this juicy treat?

We’ll Look at 30 Fascinating Facts About Bananas That You Probably Didn’t Know About.

After being marketed wrapped in aluminum foil for ten cents at the 1876 Philadelphia World Fair, the banana fruit was given its moniker.

The Gros Michel banana was the most common variety we ate. It was a creamier and sweeter version of the current banana. Despite this, farmers in Central and Southern America switched to the current species in 1965 due to widespread and devastating disease.

Bananas are grown in approximately 1000 different types around the world, grouped into 50 groups. Some are sweet, such as Cavendish bananas, the most common and commonly exported kind.

Andrew Lawrence of the United Kingdom set a new world record by running the London Marathon in a banana costume in 2 hours, 47 minutes, and 41 seconds on April 24, 2016, setting a new world record for the fastest marathon time in a fruit costume.

The strawberry is not technically a berry, although the banana is. It all comes down to how fruit is classified. Seeds must be found inside the meat of a berry, not on the outside. 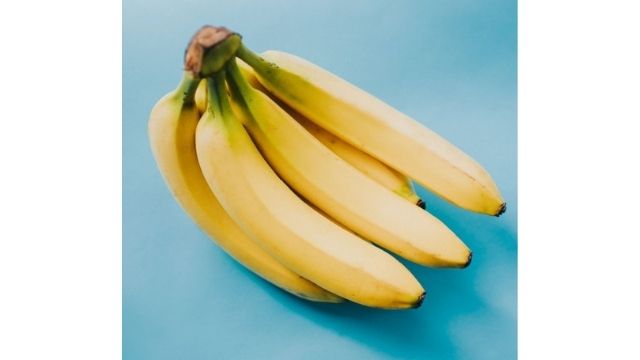 Bananas provide enough potassium to help lessen your risk of stroke and heart attack, according to a study conducted in the United States. They accomplish this by reducing the likelihood of aortic stiffness and artery hardening.

Bananas are one of the backstage needs of singers Alicia Keys, Adele, and Katy Perry when they perform.

In comparison to the human method, which involves pinching the top and splitting the skin before peeling it down to reveal the fruit, a monkey peels a banana upside down. Peeling a banana in this manner is easier and less destructive.

Monsieur Mangetout, a Frenchman born in 1950, ate over 9 tonnes of metal in his lifetime but couldn’t eat a single banana because it made him sick.

In the United States alone, 0.074 lbs (33.57 g) of bananas are consumed per person per day. Uganda is the world’s largest banana consumer, with the average person consuming around 13 lb (605 g) of fruit per day.

Bananas are high in fiber, potassium, vitamin B6, vitamin C, antioxidants, and phytonutrients, among other things.

The oils in a banana skin can actually aid with bug bite irritation and itching.

The ideal soil for growing bananas has a pH of 5.5 to 6.5 and should not be too salty or too cold. Root rot, caused by too cold soil and other factors, is one of the most serious problems for bananas.

Green bananas have a high starch content, which turns into sugars as the fruit yellows.

In 2010, Ashrita Furman, an American woman, set the record for “Most Bananas Snapped in 1 Minute,” snapping 99 of the yellow fruit with both hands in 60 seconds.

In 2012, an Illinois resident set a world record by peeling and eating eight entire bananas in under 60 seconds.

The title of “biggest bunch of bananas” was awarded to a cluster of bananas in 2001. It weighed 287 pounds and held 473 individual bananas or “fingers” (130 kg). The Canary Islands are where it was grown.

Bananas have about 75% water, which isn’t much when compared to other healthful wonders like cucumbers and radishes, which contain 96 and 95 percent water, respectively.

In 2018, a banana plant was discovered hidden in the office of a Yorkshire van hire company, which had been dormant for a decade before sprouting fruit.

The sickness that afflicted the ancestor is now threatening the banana we all know and love. After being discovered in Africa in the mid-2010s, Panama disease has spread throughout the Cavendish type (the common variety).

Because the banana is a sterile species, it is produced asexually, making it essentially a clone of the elder.

Banana is known in Latin as “Musa sapientum,” which translates to “wise men’s fruit.”

A “Banana Republic” is a region whose income is based primarily on a single resource.

Handbags and shoes made of leather can be cleaned by rubbing the insides of banana peels on them and wiping them off with a cloth.

A team that discovered why bananas are so slippery earned the 2014 Ig Nobel Prize in Physics. It turns out that the polysaccharide molecules in the peel, which are also found in our joints, are to blame.

Banana flavor, as we all know, tastes nothing like a real banana. Nonetheless, a Gros Michel farmer (the first commercial banana) claims that the artificial flavor tastes quite close to this kind. 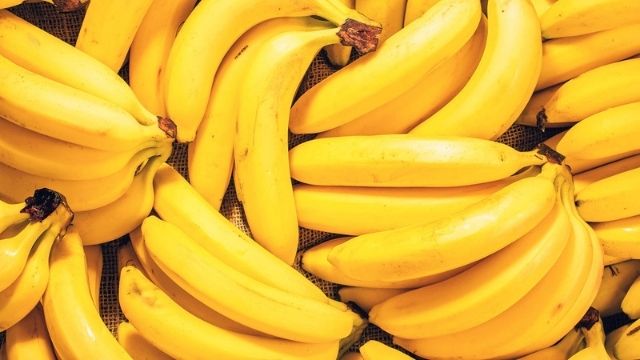 Papyrus can be purchased in Cairo from market stalls made mostly of banana leaves.

So there you have it: 30 fascinating banana facts that make you go nuts over bananas.

The yellow banana has a wide range of health benefits and is extremely useful in the search for the ideal prosthetic.

One thing is certain: from now on, the lunchbox staple will receive a little more respect from me every day.