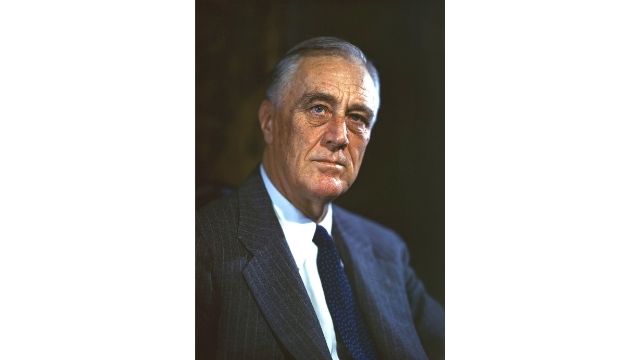 Most people are aware that Franklin D. Roosevelt was the only President of the United States to serve more than two terms. And that he served as President for the majority of the Great Depression, as well as World War II. His New Deal Coalition, fireside chats, and the paralysis that hampered his movement are all as well-known as his first inaugural address’s immortal quote: “The only thing we have to fear is fear itself.”

Here are a few more facts about Franklin Delano Roosevelt that you may not have learned in history class.

1. Franklin D. Roosevelt was a voracious collector. Roosevelt, who was born on January 30, 1882, has a lifelong fascination with postage stamps. He began collecting stamps as a child and went on to attend stamp shows, buy rare stamps from dealers, and join stamp societies. He even created a couple of stamps on his own. FDR once said, “I owe my life to my hobbies—especially stamp collecting.”

He was also interested in ornithology and bird collecting. On his 11th birthday, Roosevelt received a BB gun. In his home Dutchess County, New York, he then shot, stuffed, and mounted over 300 different species of birds. Even as president, FDR enjoyed going birding.

However, things could have turned out differently. Some Democrats pondered nominating FDR for president—and Hoover for vice president—earlier in 1920. Hoover was a popular young statesman who had not yet decided on a political party. Of course, he’d subsequently join the Republican Party, become America’s 31st President, and then lose the election to Roosevelt in 1932. 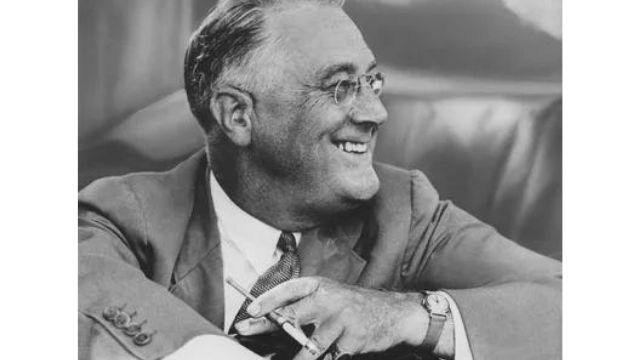 3. Maine and Vermont were the only two states in the union that never voted for FDR. FDR’s expertise became landslides. Roosevelt received 472 Electoral College votes against Hoover’s 59 votes in the 1932 presidential election. The following election was even more lopsided; there were 531 electoral college votes up for grabs that year, and Roosevelt received 523 of them. In his re-election contests in 1940 and 1944, he won both by a landslide.

FDR received at least one vote in 46 of the 48 states that existed at the time (Alaska and Hawaii did not enter the Union until 1959). But he never won Maine or Vermont; in all four races, they chose the Republican nominee.

4. Fidel Castro petitioned Franklin Delano Roosevelt for $10 when he was 14 years old. “My good friend Roosevelt [sic], I don’t speak English very well, but I know enough to write to you.” So begins a handwritten letter from Cuba’s future tyrant to the White House in 1940. Castro was only a teenager at the time, but he was already a visionary. “I would like to have one of them,” he requested FDR for “a 10 dollar bill green American [sic].” Castro promised to show Roosevelt “the biggest iron mines [sic] in Cuba” as a postscript.

5. Franklin Delano Roosevelt came very close to being killed. Former bricklayer Giuseppe Zangara fired a cheap handgun at Roosevelt during a rally in Miami on February 15, 1933, less than a month before Roosevelt’s first term began. He remarked, “I like Roosevelt personally, but I don’t like presidents.” Before being apprehended, Zangara shot five individuals at the ceremony, including Chicago Mayor Anton Cermak. Roosevelt was completely absent from his thoughts.

6. The White House movie theatre was founded by Franklin Delano Roosevelt. Have you ever seen The West Wing? The 1600 Pennsylvania Avenue movie theatre that Jed Bartlett (Martin Sheen) visits in season two is 100% authentic. The White House Family Theater was built in 1942 after FDR remodeled an existing cloakroom. (According to records, Dwight D. Eisenhower saw almost 200 westerns there.)

7. In two elections, Theodore Roosevelt’s eldest son ran against Franklin Delano Roosevelt. Theodore Roosevelt, the 26th President of the United States, left office in 1909. While the Bull Moose and his family were Republicans, Franklin—fifth TR’s cousin—had been a longtime Democrat. When FDR entered politics, this naturally created some conflict. In the elections of 1920 and 1932, TR’s oldest son, Theodore Roosevelt Jr., spoke out against his office-seeking relative. “It seems unlikely that Franklin should be elected president,” stated Theodore Jr., “since he is such bad material.”

8. In World War II, Franklin Delano Roosevelt granted Major League Baseball the “green light.” On December 7, 1941, Japanese soldiers launched a surprise attack on Pearl Harbor. Baseball commissioner Kenesaw Mountain Landis was faced with a difficult decision after the surprise blow catapulted the United States into World War II. Should he stop America’s pastime and put professional baseball on hold for the duration of the war?

FDR did not believe so. “I honestly believe that it would be best for the country to keep baseball running,” the president wrote to Landis on January 15, 1942. Roosevelt believed that Americans needed “an opportunity for pleasure and for getting their minds off work,” despite the fact that “there will be fewer persons unemployed and everyone will work longer hours and harder than ever before.”

This despatch from FDR, dubbed “the Green Light Letter,” encouraged Major League Baseball to continue for four seasons during the war, despite the fact that hundreds of players left to join the military.

9. Before Pearl Harbor, Franklin D. Roosevelt explored Japanese detention camps. On February 19, 1942, President Franklin D. Roosevelt signed Executive Order 9066, authorizing the deportation of 110,000 to 120,000 Japanese-Americans from their homes. They were incarcerated in distant camps around the United States. While the mass imprisonment was taking place, few politicians spoke out against it (a legislative commission would later call it a “grave injustice” in 1989).

Roosevelt had been thinking about it for a long time. He proposed compiling a “special list” of Japanese residents and non-citizens on the Hawaiian island of Oahu “who would be the first to be placed in a concentration camp in the event of problems” in 1936, believing that a conflict between the US and the Empire of Japan was likely. Throughout the late 1930s, intelligence organizations kept an eye on Japanese-Americans. 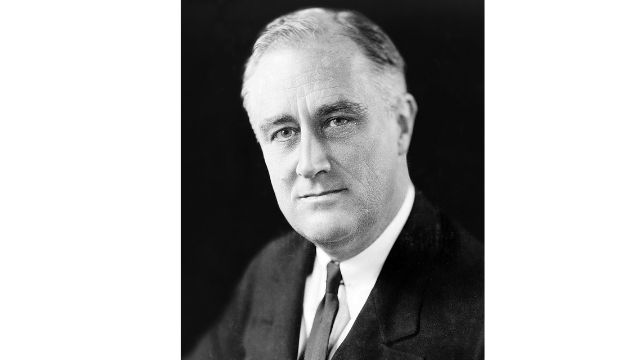 10. Franklin D. Roosevelt named the first woman to the United States Cabinet. On March 4, 1933, Frances Perkins was sworn in as the new Secretary of Labor, a position she held for 12 years. Perkins, a New Deal architect, had previously worked for Roosevelt. During FDR’s time as governor of New York, she was appointed Commissioner of the New York Department of Labor.

11. In Georgia, Franklin D. Roosevelt established a polio rehabilitation center. Roosevelt was diagnosed with poliomyelitis (polio) in the summer of 1921, when he was 39 years old and less than a year away from his vice-presidential campaign. He was paralyzed from the waist down as a result of the infection, and he was fitted for leg braces the next year. Roosevelt briefly retired from politics to focus on his health, putting his ambitions aside.

George Foster Peabody, a philanthropist, told him about a resort he owned in Warm Springs, Georgia, where the waters were said to have cured a juvenile polio victim. FDR quickly established himself as a regular visitor. In 1926, he bought the property from Peabody for $20,000. On-site, Roosevelt founded the Warm Springs Foundation, which the National Parks Service describes as “the first, and for many years, the only hospital in the world devoted completely to the treatment of poliomyelitis victims.”