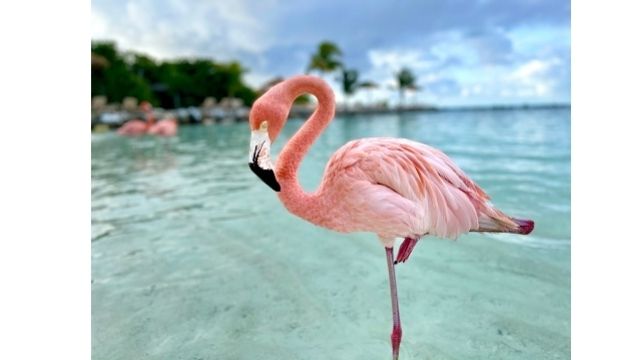 Even those who have never seen a flamingo in person are familiar with the appearance. The tropical wading birds have long legs with backward-bending knees, long curved necks, and pink plumage. We can either appreciate or laugh at flamingos, so we might as well learn anything about them.

1. There are six different species of flamingo, but only a trained eye can tell them apart.

2. Adult flamingos stand between four and five feet tall but weigh only four to eight pounds. This is the kind of incredible body density (or lack thereof) required for flying.

3. Flamingos assemble in mudflats or lagoons in search of shallow saltwater prey. Predators have a hard time navigating these habitats.

4. Flamingos eat mud by stomping on it with their foot. Then they reach down and sweep up mud and water with their beaks. Their beaks are intended to pull creatures from the mud and expel the dirty water. This occurs because the flamingo’s head is turned upside down.

6. Flamingos eat crustaceans and plankton, which contain beta-carotene, which gives them their pink hue. If not supplemented with live shrimp or flamingo chow containing carotenoid pigments, zoo flamingos will turn white.

7. Their flight feathers (underwing feathers) are black. They’re only visible when the birds are in flight.

8. Flamingos congregate in large groups of up to a thousand birds. They frequently execute courtship displays in groups, such as this flamingo flamenco. Different species and even flocks, on the other hand, will put a unique spin on their community rituals. Take a look at some of the many mating dance moves.

9. A mating pair’s male and female build a nest together and sit on the egg for nearly a month as it incubates.

10. Because some flamingos prefer to steal a nest that has already been built, mated pairs must protect their nest from both other flamingos and predators.

11. When a flamingo chick hatches, both parents alternate feeding it, initially with crop milk, a unique liquid baby food produced in their throats, and then with regurgitated conventional flamingo food as the chick becomes older.

12. Flamingo chicks have grey and white feathers when they are hatched. It takes a year or two for them to turn pink. Their beaks start out straight and gradually curl as they mature.

13. Flamingos and their eggs are preyed upon by a range of land predators, but because their nests are built on swampland or mudflats, the most prevalent predators are other birds.

14. Flamingos are not endangered; their populations are rather steady, thus they are categorized as “least concern.” What happens to their habitats and breeding grounds in the future will determine whether they remain stable. However, one closely related species is on the decline…

15. Don Featherstone’s 1957 introduction of plastic lawn flamingos (Phoenicopterus plasticus) became an American cultural icon. They are considered endangered in the twenty-first century. The plastic pink flamingo was chosen as the city’s official bird in Madison, Wisconsin, in 2009, as part of an effort to resuscitate the art form.

16. The flamingo is the Bahamas’ national bird.

17. Flamingos are monogamous and only lay one egg every year by nature.

18. It takes roughly three years for flamingos to develop their pink and red feathers.

20. Due to their food supply, adult flamingos’ feathers range from light pink to brilliant red. The flamingo with the brightest feathers is the most well-fed.

21. Flamingos are aquatic birds. They are found in and around lakes and lagoons.

22. A flock of flamingos is known as flamboyance or a stand.

23. The pink plastic lawn flamingo was invented by Don Featherstone of Massachusetts and first sold in 1958.

24. We wholeheartedly embrace the pink tropical bird as a preppy fashion statement. In fact, we’ve already placed an order for Soludos’ flamingo Espadrille shoes for the summer.

25. Flamingos are gregarious. They reside in large colonies with tens of thousands of other birds. 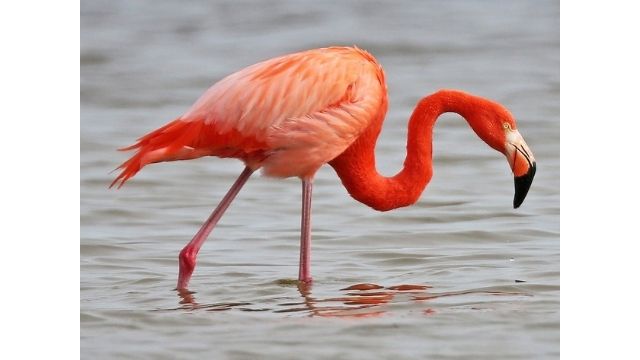 Read more: 50 Creepy Facts That Will Remind You How Puzzling Our World Is!
26. At the Adelaide Zoo in Australia, there was an elderly greater flamingo who lived to reach 83 years old. Sadly, the flamingo died in 2011.

28. We think you should wallpaper your guest bathroom with this Cole & Son flamingo print!

“She is genuine Alice in Wonderland, and her appearance and behavior are a beautifully judged mix of the Red Queen and a flamingo,” Truman Capote famously stated. Is it possible to have that needlepointed on a pillow?