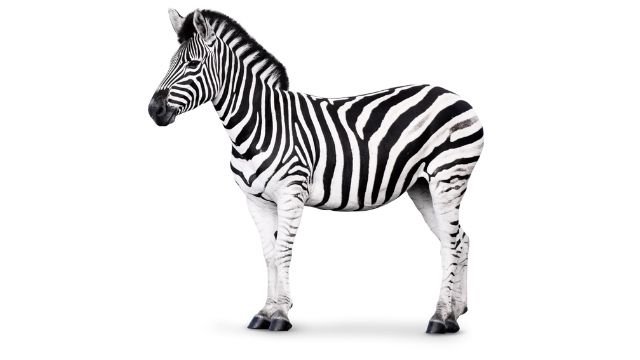 In terms of purely aesthetic appeal, few creatures are as striking as the zebra. Although giant pandas, penguins, and skunks all have the same vivid color scheme, the zebra’s contrasting stripes set it apart from the rest. The zebra, on the other hand, is much more than a striped horse.

The Grévy’s zebra, the mountain zebra, and the plains zebra are the three living species of this beautiful creature, all of which are listed on the IUCN Red List of Threatened Species.

Here are a few intriguing facts about the zebra that you might not know.

For 150 years, scientists have debated this crucial subject. Theories have included everything from camouflage to ward off predators to techniques of signaling other members of their species to temperature regulation. 1 However, research suggests that the most likely idea is rather less glamorous.

2 Zebra stripes are actually a kind of pest control, as they shield zebras from biting flies. Scientists discovered that horses were bitten by flies proportionally more often than zebras under the identical settings, leading them to believe that those magnificent stripes are more than simply adornment.

2. Zebras Are Found in Three Different Species in the Wild.

The plains zebra, mountain zebra, and Grévy’s zebra are three live zebra species that can be found in various parts of Africa. All three are members of the Equus genus, which includes horses and donkeys.

Only found in Ethiopia and Kenya, the Grévy zebra is named after Jules Grévy, a 19th-century French president who received one as a gift from Abyssinia. It is the most powerful of the three, weighing up to 1,000 pounds. Plains zebras are a little smaller than other zebra species, weighing up to 850 pounds. They have a range that stretches from South Sudan to southern Ethiopia, as well as northern South Africa. The mountain zebra, the smallest species, can weigh up to 800 pounds and can be found in South Africa, Namibia, and Angola.

3. There Are Various Stripe Types in Each Species

The width and design of zebra stripes differ greatly depending on the species. The Grevy’s zebra’s entire body, including its ears and mane, is covered in tiny vertical stripes. The plains zebra’s striping pattern varies depending on where they live; they have either black striping and mostly white body color, or lighter, darker brown stripes overall.

Mountain zebras, unsurprisingly, live in harsh terrain at high altitudes. They have strong, pointed hooves that let them climb mountains, making them well-suited to their environment. Mountain zebras, which live at elevations of over 6,500 feet, use their outstanding climbing skills to move between mountains in search of food and water.

3 Plains zebras, not to be outdone, travel a broad range of environments, from highlands as high as 14,000 feet to the Serengeti plains. Grévy’s zebras like to stay close to the grassland habitats they prefer, staying below 2,000 feet in elevation.

The vast majority of zebras live in groups. Plains zebras live in harems, which are tiny family groupings comprising one male, one to six females, and their progeny. The ladies in the harem have strong relationships and will remain together even if their dominant male abandons them or is killed.

Mountain zebras have a social structure that includes huge breeding herds coexisting with groups of non-breeding males. The dominant male stallion’s function is more likely to instigate herd activity. The zebras of Grévy have a less organized social organization. The herd’s composition changes constantly, perhaps even daily. The bond between a mare and her offspring is the most continuously stable among Grévy’s zebras.

6. They Are Constantly on the Lookout for Threats

The herd is continuously on the lookout for lions, hyenas, leopards, and cheetahs, and they are always on the lookout for danger. Plains zebras use a high-pitched call to alert the herd when they detect a predator. At least one member of the group stays awake at night to keep an eye on things.

The leading male in mountain zebra populations may also utilize a snorting sound to warn predators, giving the remainder of the herd time to flee. When a threat approaches a group of Grévy’s zebras, they will stick together in solidarity, despite not being the most gregarious of the species.

7. They Have a Variety of Self-Defense Techniques

Zebras may kick, bite, and push predators away from their herd and territory. When another stallion tries to take over their herd or exhibit dominance in mating, they will act similarly aggressively. When a zebra is threatened, other zebras defend it by forming a circle around it to keep the predator at bay. Running is a more typical type of self-preservation in zebras, who can travel at speeds of up to 55 miles per hour to avoid predators.

8. They’ve Also Been Cross-Bred With Other Horses.

Zebras have been mated with other animals to create “zebroids” since at least the 19th century. The goal of crossing a zebra with another equine, most usually a horse or donkey, is to get the best of both worlds.

Domestication has proven to be difficult for zebras, yet they are healthier and less vulnerable to disease than their equine counterparts. 4 Zedonks, zorses, and zonies are some of the zebroids that have resulted from these pairings.

9. They Are a Well-Known Mascot 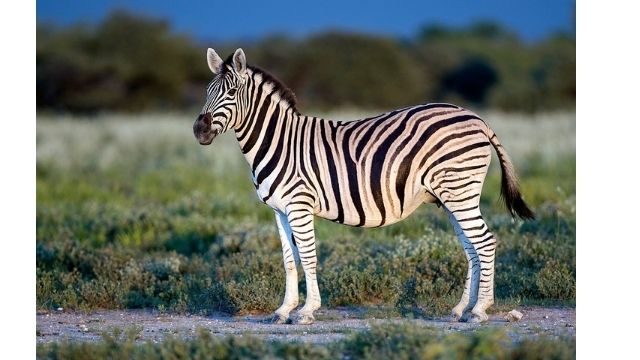 The zebra named “Yipes” has outlasted the rest of the Fruit Stripe Gum mascots and has become the gum’s principle “spokes animal.” Yipes can be found on the outside of products and on the wrappers of tattoo gum.

Yipes was turned into a promotional bendy figure in 1988, which may sell for quite a bit on the toy collector’s market. Fruit Stripe Gum’s owner has changed multiple times, but Yipes the zebra mascot has remained.

10. They’re on the Verge of Extinction.

Humans are the greatest threat to zebra numbers, which are declining because of poaching and habitat loss. Droughts and other extreme weather conditions, genetic variety loss owing to inbreeding due to a limited subpopulation, and food competition with livestock are all threats to zebras.