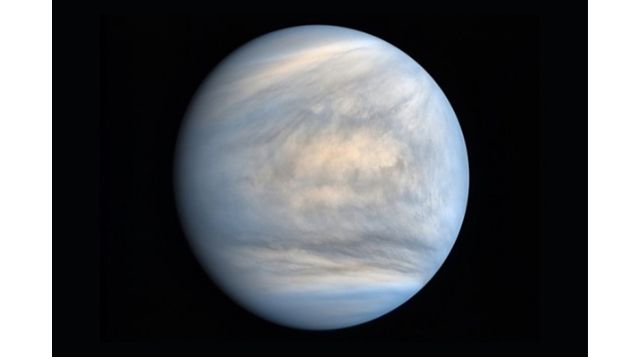 1. On Venus, a day is longer than a year.
Venus takes longer to rotate on its axis than it does to complete one orbit around the Sun. It takes 243 Earth days to rotate once, the longest of any planet in the Solar System, yet only 224.7 Earth days to orbit the Sun.

2. Despite its greater distance from the Sun, Venus is hotter than Mercury.

It has an average temperature of 462°C. This is due to the high carbon dioxide content in Venus’ atmosphere, which creates a strong greenhouse effect. The planet’s temperature is substantially higher than its proximity to the Sun would suggest because heat is held in the atmosphere like a blanket. 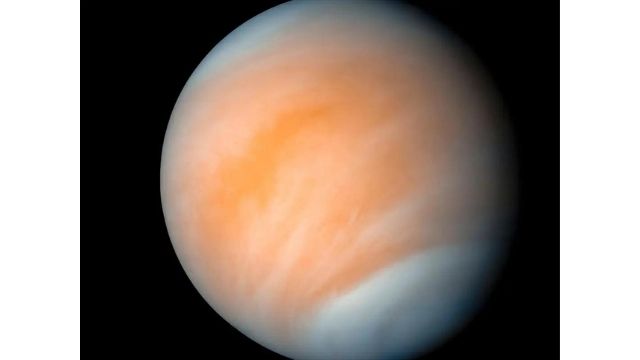 3. Unlike the other planets in our solar system, Venus rotates on its axis in the opposite direction.

All other planets rotate counter-clockwise on their axes and orbit the Sun counter-clockwise. Venus orbits the Sun anti-clockwise as well, but its axis rotation is odd due to the fact that it is upside down – it was pushed off its upright position earlier in its history!

A colliding celestial entity, according to astronomers, tipped Venus so far off its initial position that it is now upside down. Uranus, the only other planet that spins in an unusual direction, spins on its side, most likely as a result of another collision early in its life.

4. After the Moon, Venus is the second brightest natural object in the night sky.

Venus’ atmosphere is reflective and bright due to sulphuric acid clouds, which obscure our view of the surface. It can be seen even during the day if the weather is clear and you know where to look.

5. The atmospheric pressure on Venus is 90 times that on Earth.

That’s about the same as the pressure observed in the Earth’s seas at a depth of 1km.

6. Venus is named after Venus, the Roman goddess of beauty and love.

Because of its dazzling, shining look in the sky, Venus is considered to have been called after the beautiful Roman goddess (counterpart to the Greek Aphrodite). It would have been the brightest of the five planets known to ancient astronomers.

7. As early as the second millennium BC, Venus was the first planet to have its motions charted across the sky.

It’s impossible to determine who discovered Venus because it’s so simple to see with the naked eye. However, we have been able to track Venus’ movements for millennia, including the occasional Venus transit, when the planet seems to cross in front of the Sun. 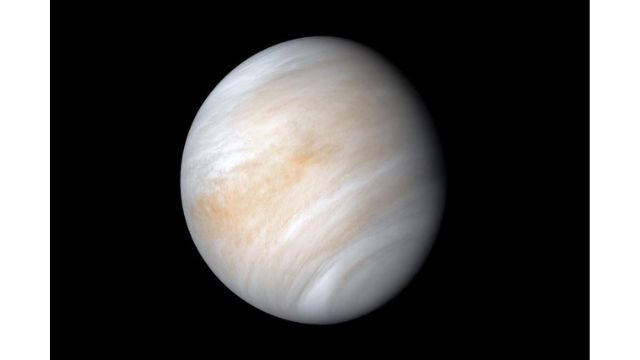 8. We prefer to use the term ‘Venusian’ rather than ‘Venerian.’

To characterize anything associated with Venus, we should use the adjective’venerean,’ according to Latin norms. This, however, is thought to be too near to the word venereal.’ Despite its clumsy derivation, the term ‘Venusian’ is more often used.

Of all the solar system’s planets, Venus is the closest to a twin of Earth. The two bodies are near of equal size, and Venus’ composition is largely the same as Earth’s. The orbit of Venus is also the closest to Earth of any solar system planet. Both worlds have relatively young surfaces, and both have thick atmospheres with clouds.

However, it’s worth noting that Venus’ clouds are mostly made of poisonous sulfuric acid. In spite of that, in 2020, astronomers detected a chemical called phosphine in Venus’s clouds, which on Earth is usually produced by microbes.

The widely publicized study seemed to suggest that the hot and hellish planet might host life in the end. Other scientists have since then disputed this theory and offered other explanations.

Because the bulk of its atmosphere is made of carbon dioxide, an extreme greenhouse effect is warming the surface of Venus. Temperatures there can reach a scorching 870 degrees Fahrenheit (470 degrees Celsius).

“The surface is hot enough to melt lead due to its runaway greenhouse atmosphere,” Sue Smrekar, a scientist at NASA’s Jet Propulsion Laboratory in Pasadena, Calif., said in a statement.

Venus is rare among the planets in that we can see it cross in front of the sun. Only Venus and Mercury do this from the vantage point of Earth. Venus transits occur rarely, with pairs separated by eight years coming around less than once a century. The last pair took place in 2004 and 2012.

But that’s it for our generation. The next Venus transit will happen in 2117. There have only been eight Venus transits that humans could observe since the invention of the telescope in 1610.