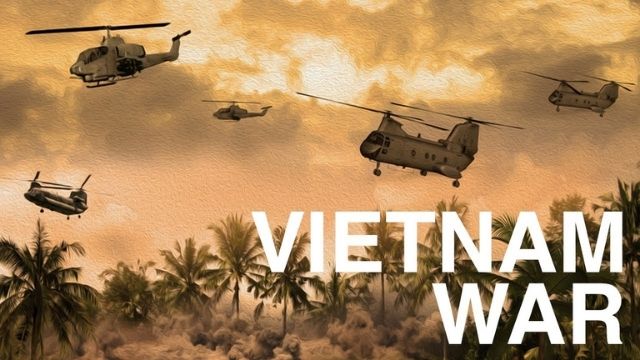 President John F. Kennedy was stumped as to how to bring the United States out of the Vietnam War.

During his presidency, he and McNamara worked hard to find a way to leave Vietnam while honoring their commitment to a free South through financial and technical assistance.

Kennedy required the withdrawal of all US armed soldiers by the end of 1965. Kennedy’s plan was to use measures like the bombing in strategic regions and limited ground assaults to bring the North to heel but never open combat. This fact may be seen in the transcripts of Kennedy and McNamara’s conversations.

2. The United States did not lose the fight on the ground.

However, it is a misconception that the United States won every single fight. The Northern Vietnamese Army lacked neither patriotism nor dedication, yet they were sold low-cost Chinese imitation weapons. They were almost always beaten by the US army, which was outmanned and outgunned, save in 1970 at the Support Fire Base Ripcord.

3. US forces preferred AK-47s to M-16s issued by the government.

During this time, the first generation of M-16 Rifles was produced. The guns frequently malfunctioned, jamming and failing to shoot in the middle of combat. As a result, the US Army chose the AK-47 over the M-16 as the enemy’s weapon of choice.

The weapons of the Vietnamese soldiers they killed were frequently picked up by US soldiers. Weapons, artillery, and other military memorabilia can still be shown in Vietnam’s many war museums. 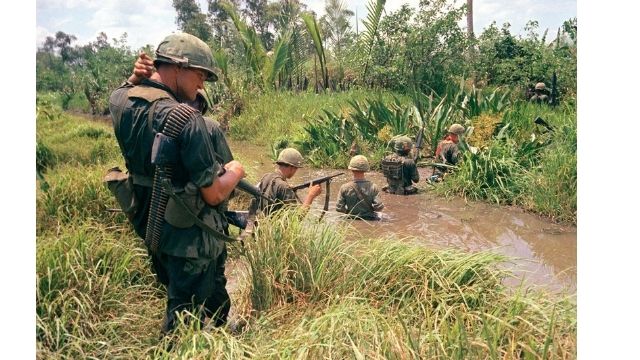 4. The conflict was not solely between the United States and Vietnam.

Australia and New Zealand were also involved in the conflict. South Korea, on the other hand, provided the greatest contingent of anti-Communist forces.

As early as 1954, the Korean President expressed an interest in participating. Almost 300,000 Korean forces will battle in Vietnam, killing over 41,000 Vietnamese civilians and massacring nearly 5,000 others.

5. The majority of the men who served in Vietnam were not drafted. They had volunteered to help.

More than three-quarters of the men who fought in Vietnam enlisted voluntarily. Only 1.8 million of the 8.7 million people who served in the military between 1965 and 1973 were drafted. At this time, 2.7 million military personnel were serving in Vietnam.

Only 25% of the 2.7 million were drafted, while draftees accounted for only 30% of the war’s combat deaths.

6. President Nixon concluded the Vietnam War, but not before invading Cambodia.

President Richard Nixon’s approach included gradually reducing US troops while arming ARVN forces with contemporary technology, equipment, and training on how to utilize it. His strategy included political assistance for Saigon as well. To keep the pressure on the North, he approved incursions into Cambodia and bombings in the country. In the United States, this sparked widespread outrage and protests. 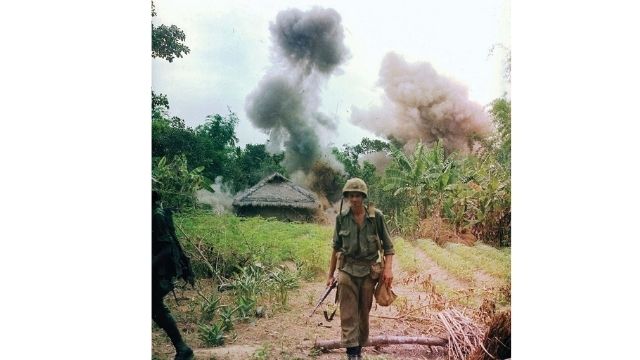 7. During the Vietnam War, a variety of unusual technologies were developed.

The Vietnam War was fought during a time when supplies were short, and troops had to use anything they could to save lives. During this period, superglue was employed to keep the bleeding under control until the injured soldier could be treated properly.

Damaged helicopter blades were repaired with duct tape. Slinkys were employed as mobile radio antennae during the Vietnam War. They’d hang the Slinky around trees to increase the range of their radios.

8. Until the Pentagon Papers were released, the public was uninformed of the genuine situation in Vietnam.

The Pentagon papers were a collection of confidential documents detailing the development and status of the Vietnam War. When Daniel Ellsberg, a Department of Defense employee, grew convinced that the war was unwinnable, he gave them to The New York Times.

The public release of the Pentagon Papers sparked widespread outrage, especially after it was revealed that the Kennedy administration had helped coordinate the military coup of 1963 and the assassination of Ngo Dinh Diem, as well as reports that the US bombing of North Korea had had little effect on North Korea’s resolve.

9. The usage of chemicals was a contentious issue.

‘Agent Orange,’ a defoliant designed to strip away forest cover utilized by opposing guerilla fighters, was a contentious instrument used during the Vietnam War. After the war, it was discovered that the chemical cocktail had caused tumors, birth deformities, and other illnesses in both returning US servicemen and many Vietnamese.

Even to this day, the chemical effects are still evident. Children in Vietnam are still being born with horrible birth deformities as a result of the lingering effects of ‘Agent Orange,’ a herbicide used by the US military to remove Viet Cong forest cover.

10. Only a portion of the Gulf of Tonkin incident is accurate.

The Gulf of Tonkin incident is often seen as the catalyst for further American involvement in Vietnam. It alludes to two events that occurred in August of 1964. The destroyer USS Maddox was shelled by NVA torpedo boats on August 2.

As a result, Maddox terminated more than 280 adjustments. The Johnson administration did not respond in any way.

In any case, tensions rose, with military personnel, both in and out of uniform, inferring Johnson was a coward. The second incidence was believed to have occurred on August 4th, however, Secretary McNamara admitted in Errol Morris’ 2003 novel ‘The Fog of War’ that it never happened.

According to the Pentagon Papers, Maddox let go first to keep the Communists at a safe distance. In other words, the US entered Vietnam because they wanted to.

A lot of information about the Vietnam war, like every other conflict, was kept under wraps. If you do some research, you will come across a plethora of previously unknown facts that will captivate you to no end. So don’t stop exploring!