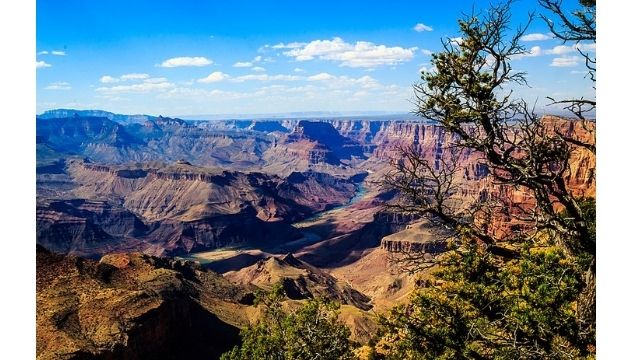 The Grand Canyon is easily one of the most famous sights on Earth, and it has earned a spot on many a traveler’s bucket list over the years. Its rich colors of a textured rock show millions of years of geological history, while the desert terrain is home to a diverse range of flora and animals.

The Grand Canyon National Park is Larger Than Rhode Island.

The Grand Canyon is 277 miles long, 18 miles broad, and 6,000 feet deep at its deepest point, however, the park only covers a portion of it.

Its Size Can Have an Impact on the Weather.

With an elevation ranging from 2,460 feet to 8,297 feet, the Grand Canyon encounters a wide range of meteorological conditions. As a result, abrupt changes in elevation have an effect on temperature and precipitation, with temperatures rising by around 5.5 degrees Fahrenheit for every 1,000 feet lost in elevation.

The coldest temperature ever recorded inside Grand Canyon National Park was –22 F on the North Rim in 1985, while the warmest was 120 F at Phantom Ranch just 8 miles away, according to the National Park Service.

Controlled Fires Are Used by Park Managers to Protect the Landscape. 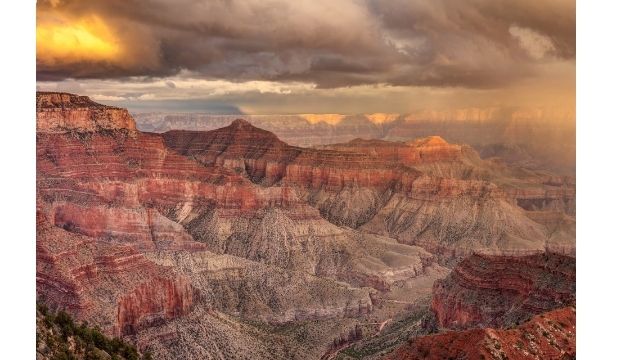 For millennia, the natural act of burning has been vital to the Colorado Plateau environment. Controlled burning not only helps to reduce concerns related to the wildland-urban interface, but it also thins the forest of “fuel” (things that easily ignite, such as dead leaves and branches) and recycling nutrients, making it easier for new plants to flourish.

The park has a separate management department for controlled burning, with members entrusted with using fire to maintain the ecosystem’s natural equilibrium.

There Are Around 1,000 Hidden Caves Strewn About the Park.

Within the Grand Canyon’s geological structures, there are at least 1,000 secret caverns, yet only a few hundred have been formally identified and recorded. Scientists have discovered significant mineral formations and prehistoric artifacts inside the caverns in the past, but the caves also serve as habitats for cavern-dwelling species.

Unauthorized cave entrances and even vandalism by visitors who seek to cut into the natural rock walls are common; regrettably, due to the caves’ delicate preservation quality, these marks are irrevocable. The Cave of the Domes is the only cave in Grand Canyon National Park that is open to the public.

The Grand Canyon National Park is built up of layers upon layers of sedimentary rock that formed approximately 2 billion years ago. The Kaibab Formation, the youngest rock layer, is around 270 million years old, significantly older than the main canyon itself.

Plate tectonics raised the entire region between 70 and 30 million years ago, creating what is today known as the Colorado Plateau. The Colorado River then began carving its way downhill around 5 million to 6 million years ago, which, combined with erosion, contributed to forming the Grand Canyon.

There Are a Lot of Fossils in the Park

The extensive geological history of Grand Canyon National Park makes it an ideal location for collecting fossils. Although there are no dinosaur fossils (the canyon’s rocks predate dinosaurs), there are plenty of fossils of ancient marine animals, sponges, and more recent terrestrial critters such as scorpions, reptiles, and even dragonfly wing impressions. 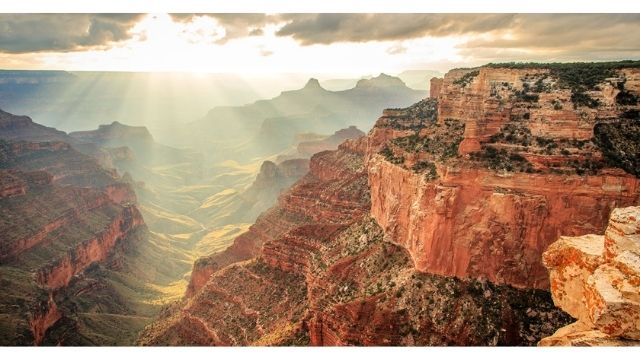 Teddy Roosevelt, the 26th president of the United States and an amateur naturalist, was impelled to safeguard the Grand Canyon when he first saw it in 1903.

“The Grand Canyon fills me with wonder,” he reportedly exclaimed after viewing the canyon. It is incomparable—beyond description; utterly unrivaled in the entire universe… Allow nature’s amazing wonder to remain as it is. Nothing should be done to detract from its grandeur, sublimity, or beauty.” He signed the Grand Canyon Game Reserve bill three years later, and the Grand Canyon National Monument two years after. 7

The Park Is Home to Around 90 Mammal Species.

Grand Canyon National Area is home to approximately 90 different species of mammals, ranging from bison and elk to mountain lions and bats—the park has a higher mammalian species richness than even Yellowstone National Park.

While visitors are likely to observe creatures such as deer and squirrels on a regular basis, the park also has a number of relatively uncommon species (like the ringtail cat, the state animal of Arizona).

The Park Once Housed Eight Different Species of Native Fish.

Only five native fish species are found in the park now due to frequent flooding, sediment, and high temperatures between seasons. Six of the park’s eight original native species can now only be found in the Colorado River basin. The humpback chub, which has been endangered since 1967, and the razorback sucker, which was declared endangered in 1991, are two of these species that are protected under the Endangered Species Act.

Inside Grand Canyon National Park, there are six different species of rattlesnake, each with its characteristic color pattern.

The snakes aid in the reduction of rodent populations, which helps to reduce disease transmission and overgrazing of specific plants. The Grand Canyon pink rattlesnake (Crotalus oreganus abyssus) is one of these snake species found nowhere else on the planet save within the park’s boundaries.