A large number of people participate in recycling in this day and age. Some people do it because they want to, and others because they are forced to. Recycling, in any case, can make a significant difference in the environment, and it is something that more people should begin to do. Here are more than 70 facts about recycling that you may not be aware of.

Fact 1: Recycling is the practice of repurposing old and used resources to make new items. This reduces the amount of energy and potentially useful materials that are squandered.

Fact 4: A wide range of raw materials can be recycled, including paper, plastic, metal, glass, electronics, and textiles.

Fact 5: Aluminum can be recycled indefinitely without deteriorating in quality.

Fact 6: Aluminum cans can be recycled and returned to the shelves at your local grocery store in as little as two months.

Fact 7: In the United States, aluminum cans are perhaps the most recycled item. While this is true, other types of aluminum can also be recycled.

Fact 8: Recycling aluminum can save a significant amount of energy, enough to power your home television for three hours!

Fact 9: The majority of beverage cans are composed of aluminum, though other materials are used as well.

Fact 10: If you toss away your aluminum cans, they can last up to 500 years or more in that state, therefore recycling is the way to go.

Fact 11: Aluminum can be recycled indefinitely and there is no limit to how many times it may be recycled.

Fact 12: Every year, about 80 billion aluminum cans are used all over the world.

Fact 13: Many years ago, aluminum was more valuable than gold.

Fact 14: In their lifetime, the average person has the potential to recycle more than 25,000 aluminum cans.

Fact 15: Aluminum can be recycled using only 5% of the energy used to create it from scratch.

Fact 16: Each week, half a million trees must be felled to make the Sunday newspapers.

Also, see Can Fiber Optic Cable Be Recycled? (As well as a variety of applications for it?)

Fact 18: Every year, we could save almost 250 million trees if we recycled all newspapers.

Fact 19: Every year, the majority of Americans consume at least seven trees through the usage of wood, paper, and other tree-based products. When you think about it, that’s almost 2 trillion trees over the course of a year.

Fact 20: Because people don’t recycle as much as they should, the rainforests are being cut down at a rate of around 100 acres each minute. 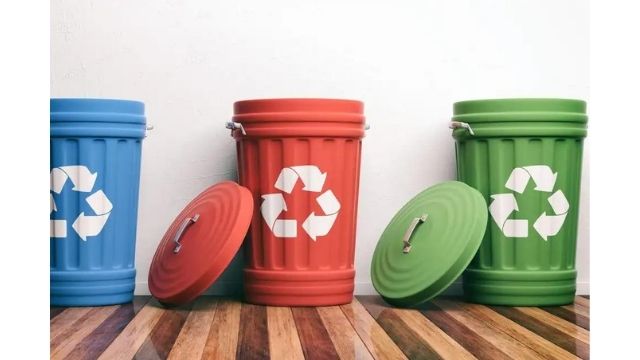 Fact 21: Each American uses about 680 pounds of paper every year, or 85 million tonnes, and most people throw it away rather than recycle it.

Fact 23: Recycling 2000 pounds of paper can save 17 trees, more than 350 gallons of oil, and a lot of landfill space. That also means less pollution in the air!

Fact 25: Paper waste accounts for 70% of total trash in offices.

Fact 26: Businesses in the United States consume around 21 million tonnes of paper every year, with approximately 750,000 copies printed every minute.

Fact 27: Every year, around 1 billion trees are thrown away in the United States.

Fact 28: It takes 24 trees to produce one tonne of newsprint. One tree is saved by recycling a stack of newspapers that is only 3 feet high.

Fact 29: In the United States, around 100 billion cardboard boxes are produced each year.

Fact 30: Corrugated boxes account for over 90% of all products shipped in the United States, accounting for over 400 billion square feet of cardboard.

Fact 32: Corrugated cardboard is collected for recycling 70% of the time.

Information On The Environment 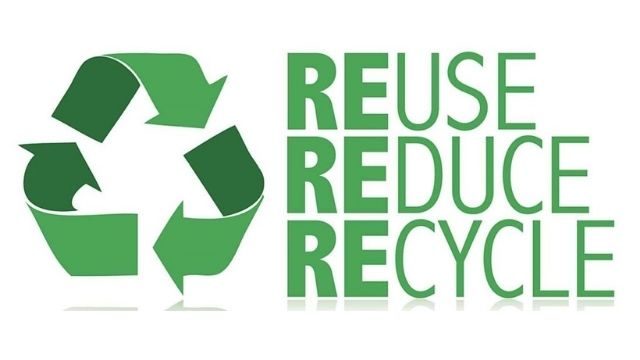 Recycling aids in the conservation of natural resources such as coal, oil, and gas.

Fact 39: Each year, enough plastic is thrown away to round the globe four times.

Fact 40: Every thirty minutes, Americans use over 2.5 million plastic bottles, most of which are discarded rather than recycled.

Fact 41: Only 23% of discarded water bottles are recycled, according to the.

Fact 43: Throwing trash and plastic bags into the ocean has a terrible effect on aquatic life.

Fact 44: Each year, nearly a million aquatic creatures are killed by plastic bags tossed into the ocean.

Fact 46: Polystyrene-based Styrofoam never decomposes. Each year, more than 14 million tonnes of polystyrene (plastic foam) are produced around the world.

Fact 48: Recycling plastic saves twice as much energy as burning it in an incinerator.

Fact 49: It takes 88 percent less energy to recycle plastic than it does to make it from raw ingredients.

Fact 50: Recycling one tonne of plastic bottles saves one year’s worth of electricity for a two-person household.

Fact 51: Although glass jars can be recycled, many are simply discarded.

Fact 52: Glass can be recycled and remanufactured an unlimited number of times without wearing out.

Fact 53: Glass is 100% recyclable and may be reused over and over again. Because glass retains its color even after recycling, it is split into hues.

Fact 55: It takes 4,000 years or more for a modern glass bottle to degrade — and even longer if it’s in a landfill.

Fact 57: More than 60% of rubbish that ends up in the trash may be recycled.

Fact 58: Recycling reduces the quantity of waste sent to landfills, resulting in less hazardous emissions such as methane gas being emitted into the atmosphere.

Fact 60: It could take over 4000 years for a modern glass bottle to degrade, and if it’s in a landfill, it’ll probably take even longer.

Fact 61: A third of the packing materials in most dumps may be repurposed.

Fact 62: Every year, organic waste is thrown out that might be composted and repurposed and used as fertilizer for the ground instead of polluting the environment.

Fact 64: Diapers, pens, razor blades, tires, and aluminum are among the most commonly discarded items in America, all of which can be recycled into new products.

Fact 65: Each year, around 11 million tonnes of textiles wind up in US landfills, averaging roughly 70 pounds per person.

Fact 66: During the holidays, Americans generate an additional 5 million tonnes of rubbish.

Fact 67: In an ordinary year, Americans throw away enough trash to circle the globe 24 times.

Fact 69: The average person generates 4.4 pounds of rubbish each day, resulting in 1.5 tonnes of solid waste per year.