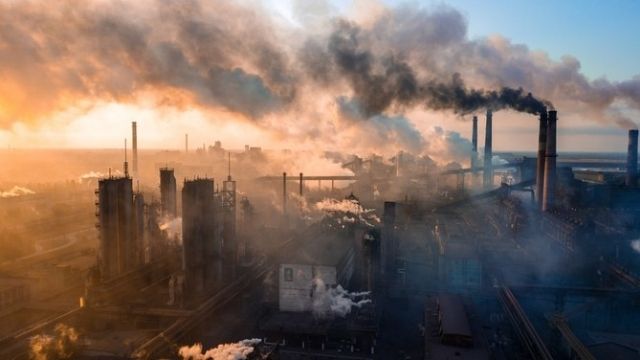 Pollution is one of the most overlooked topics in the modern world, whether one likes it or not. Here are some frightening pollution facts that provide a fast overview of how this destroyer is wreaking havoc on the planet.

What is the definition of pollution?
Pollution is the introduction of a pollutant into a natural environment, generally, by people, that is damaging to living species, resulting in contamination of the air, water, and soil. Air pollution, water pollution, agricultural pollution, and land contamination are the most frequent types of pollution.

Pollution occurs when toxins are introduced into the natural environment and cause harm. Chemical substances or energy, such as noise, heat, or light, can pollute the environment. Pollutants are either foreign substances/energies or naturally occurring pollutants that contribute to pollution. Pollution is frequently classified as either point source or nonpoint source. In 2015, pollution claimed the lives of 9 million people worldwide.

Here Are 50 Startling Facts About Pollution.

Fact 1: Pollution is one of the world’s leading causes of death, affecting over 100 million people worldwide.

Fact 2: Over a billion people throughout the world do not have access to safe drinking water.

Fact 3: Every day, 5000 people die as a result of drinking contaminated water.

Fact 4: The annual amount of waste deposited in the ocean is estimated to be over 14 billion pounds. The main component is plastic.

Fact 6: People who live in places with high levels of air pollution have a 20% higher risk of developing lung cancer than those who live in less polluted areas.

Fact 8: During the great “Smog Disaster” of 1952 in London, almost 4,000 people perished in a matter of days as a result of excessive levels of pollution.

Fact 9: The United States generates 30% of global garbage and consumes 25% of the world’s natural resources.

Fact 10: Every year, the Mississippi River releases 1.5 million metric tonnes of nitrogen pollution into the Gulf of Mexico.

Fact 11: In the United States, approximately one trillion gallons of untreated sewage and industrial waste are discharged into the water every year.

Fact 13: Every year, more than 3 million children under the age of five die as a result of environmental problems such as pollution.

Fact 14: In 2010, alone, composting and recycling averted 85 million tonnes of waste from being discarded. 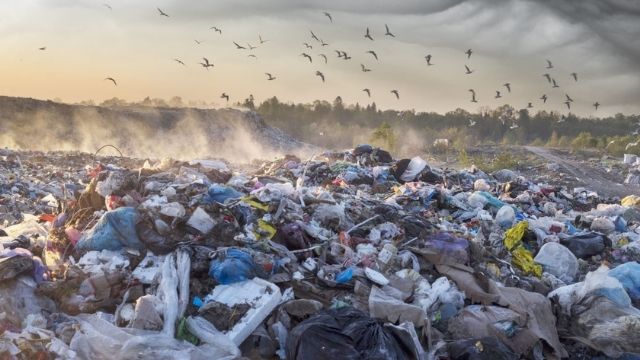 Fact 16: In India, about 80% of urban trash is thrown in the Ganges River.

Fact 17: The most underappreciated form of pollution is noise pollution.

Fact 18: The money spent on the nuclear test might be used to fund 8,000 hand pumps, providing clean water to villages in developing countries.

Fact 19: Ocean acidification is the most serious kind of pollution. Because of greenhouse gas emissions from fossil fuels, oceans are getting increasingly acidic.

Fact 20: Livestock excrement plays a significant role in soil pollution. Water washes through the fields during the monsoon, spreading deadly pathogens from the cattle into the waterways.

Fact 21: More than 100 pesticides can cause birth abnormalities, gene mutations, and cancer in any media — air, water, or soil.

Fact 22: There are over 73 different types of pesticides in the groundwater that is utilized for drinking.

Fact 23: There are more than 500 million cars on the road now, with 1 billion expected by 2030. The pollution level will more than double as a result of this.

Fact 24: Major oil spills, such as those in the Gulf of Mexico, are the worst sort of pollution because oil spills occur frequently in the water body and spread across the environment.

Fact 26: Every year, approximately 1000 children in India die as a result of diseases caused by contaminated water.

Fact 27: Due to the disposal of half-burned dead bodies and enshrouded babies, the Ganges river in India is progressively becoming septic.

Fact 28: Because the area they live in is a massive e-waste dump, 88 percent of the children in Guiyu, China, suffer from severe respiratory illnesses.

Fact 29: Antarctica is the cleanest place on the planet, with anti-pollution legislation in effect.

Fact 30: Scientific evidence shows that carbon dioxide emissions reduce the pH of the oceans and make them more acidic.

Fact 31: A single automobile emits half a tonne of CO2, but a NASA space shuttle emits 28 tonnes.

Fact 32: Every year, Americans purchase about 29 million bottles of water. Every year, only 13% of these bottles are recycled.

Fact 33: The 2011 Tsunami in Japan resulted in 70 miles of debris, which included vehicles, plastic, dead corpses, and radioactive waste.

Fact 34: Cadmium is a harmful contaminant that damages the cells in the sex organs of foetuses. It can be found in a variety of foods and beverages.

Fact 35: A Chinese jet stream only takes 5 days to transport air pollution to the United States.

Fact 36: Pollution in China has the potential to alter weather patterns in the United States.

Fact 37: According to the World Health Organization (WHO), 6400 people die in Mexico each year as a result of air pollution.

Fact 38: In the United States, a single person generates 2 kg of rubbish every day.

Fact 39: The United Arab Emirates is one of the world’s largest garbage producers and consumers of water. 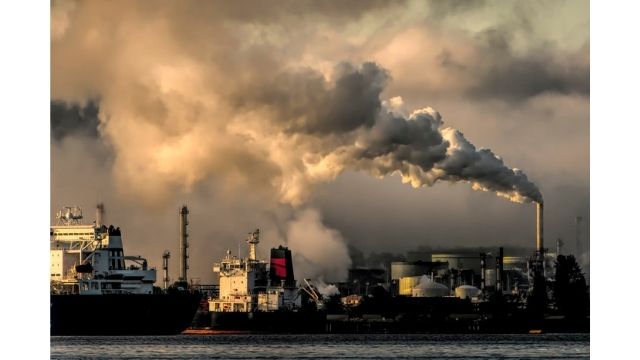 Fact 40: For every million tonnes of oil exported, about one tonne of oil is squandered due to spills.

Fact 41: Each year, the majority of harmful chemicals emitted into the atmosphere are released to surface water, groundwater, and land combined.

Fact 44: Children, the elderly, persons with lung problems, and people who are active outside are especially vulnerable to high ozone levels.

Fact 45: When glass is made from recycled glass rather than raw materials, it can reduce linked air pollution by 20% and water pollution by 50%.

Fact 46: If you think that because you don’t smoke, you won’t get lung cancer, keep in mind that simply being exposed to ozone and particulate matter might harm your lungs or heart.

Fact 47: Areas near high-traffic roads, seaports, or railyards are hazardous to live or work in because they have higher concentrations of air pollution.

Fact 48: Pollutants in the air can seep inside your automobile in areas where traffic is heavy and vehicles are parked bumper to bumper, making the air you breathe inside your car up to 10 times more polluted than city air.

Fact 50: Corn accounts for 41% of all pesticides used in the United States. Eighty percent of these are used to treat a pest that may be avoided by simply rotating maize with another crop for a year.