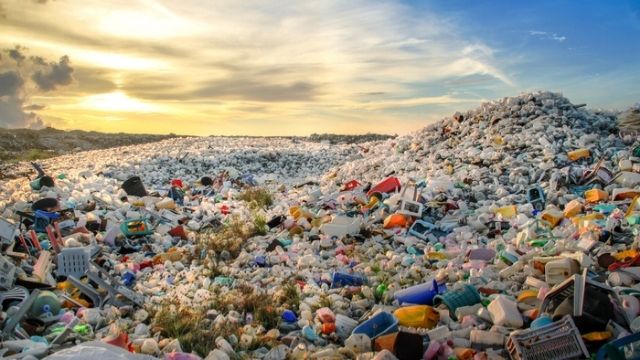 It’s no secret that plastic is bad for the environment; we hear about it all the time and policymakers, scientists, and celebrities like David Attenborough have all stated it.

But do you realize how serious the problem of plastic pollution is?

Every year, 300 million tonnes of plastic are manufactured, according to the UN Environment Programme (UNEP), and not all of it is recycled. To put it in context, that’s the weight of the whole human population.

While some governments and towns around the world have implemented plastic bans, and the demand for the abolition of single-use plastics is at an all-time high, there is still much more to be done.

Some countries and organizations are taking steps to minimize the usage of plastic and improve the environment. Certain retailers have also pledged to reduce the quantity of plastic they create as part of their environmental responsibilities.

Stores such as Iceland, a British grocery chain, and Ikea, a Swedish furnishing retailer, have implemented plans to phase out single-use plastics in favor of more sustainable alternatives. Meanwhile, many businesses have targeted plastic straws and cutlery across the board, and using a plastic bag is enough to get you arrested in several nations.

It is also our responsibility as customers to recognize the environmental consequences of our plastic consumption. Learn about some of the lesser-known facts regarding plastic that you should be aware of.

1. Only 9% of all plastic manufactured is recycled. Since the 1950s, an estimated 8.3 billion tonnes of plastic has been manufactured, according to the Guardian, which is equivalent to the weight of almost 800,000 Eiffel Towers.

Despite this, and despite the fact that plastic is still being manufactured every year, the UNEP reports that just 9% of all plastic is recycled, and only 12% is burnt. The residual plastic has contaminated the environment and can be found in landfills and dumps.

According to the New York City Department of Environmental Conservation, New Yorkers use 23 billion plastic bags each year (which is why the city has outlawed plastic supermarket bags).

Plastic bag bans have already proven to be very effective in countries that have implemented them. In the United Kingdom, for example, the implementation of a 5p (7c) plastic bag levy in 2015 resulted in an 83 percent drop in the use of plastic bags.

According to a government report released in April 2017, Britain still generates 1.3 billion plastic bags per year, but the decrease in use represents significant progress.

3. In certain places of the world, single-use plastics are prohibited. In 2017, Kenya passed one of the harshest anti-plastic bag regulations in the world. Kenyans who are discovered making, selling, or simply using plastic bags face up to four years in prison and fines of $40,000 (£31,000).

China, France, Rwanda, and Italy are among the countries that have outlawed, partially banned, or taxed single-use plastic bags.

Other countries and cities that have enacted extreme plastic bans can be found here. 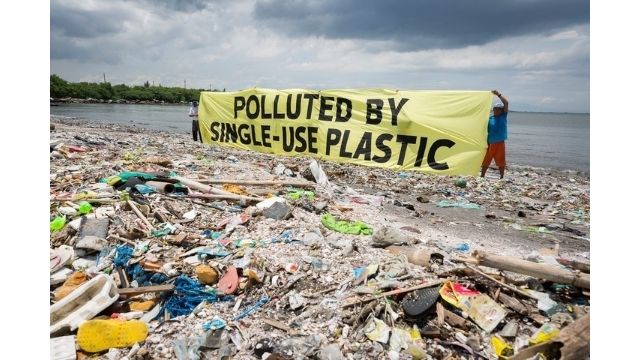 5. Plastic makes up about 73 percent of all beach waste, according to National Geographic. Filters from cigarette butts, bottles, bottle caps, food wrappers, grocery bags, and polystyrene containers are among the litter.

According to the same data, more than 480 billion plastic drinking bottles were purchased globally in 2016, up from 300 billion a decade earlier.

Furthermore, in 2016, only about half of the bottles purchased were recycled, with just 7% of those collected being recycled into new bottles and the rest ending up in landfills or the ocean. 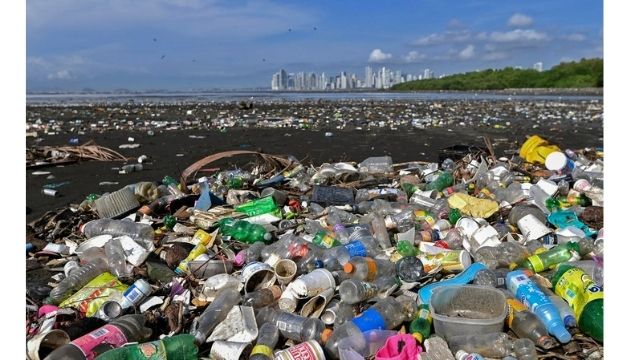 The Yangtze, Indus, Yellow, Hai He, Ganges, Pearl, Amur, and the Mekong are eight of these rivers, according to the study. The Nile and the Niger are two of the rivers found in Africa.

However, the study only considers plastic garbage that is delivered to the oceans by rivers around the world, not all waste found in seas and oceans.

The WEF went on to say that all of the rivers identified had a high population density as well as an inadequate waste management system in common.

9. By 2050, 99.99 percent of seabirds will be consuming plastic. Plastic poisoning kills an estimated 1 million marine birds and 100,000 marine mammals each year, according to the United Nations, and scientists fear that if plastic pollution continues at its current rate, 99 percent of the world’s seabird species will be eating plastic by 2050.

Furthermore, it is estimated that plastic particles are found in the stomachs of over 90% of all birds and fish. It’s because, in the sea, plastic fragments break up into little pieces, which are subsequently eaten by fish and other sea creatures.

10. Every year, the average person consumes 70,000 microplastics.  According to research published in Environmental Pollution, this equates to around 100 bits of microplastic in just one meal.

In three houses in the United Kingdom, a team of UK-based researchers placed Petri dishes with adhesive surfaces next to dinner plates. The dishes had accumulated an average of 14 microplastics after only 20 minutes.