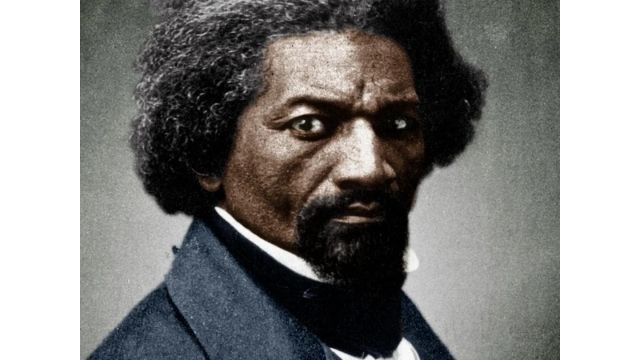 Frederick Douglass’ accomplishments are astounding, especially when you consider that he was a former slave with no formal schooling. He was a celebrated orator, famous writer, abolitionist, civil rights champion, and presidential strategist. Here are 10 fascinating facts about Frederick Douglass’ life.

1. Frederick Douglass exchanged knowledge for bread. Douglass was not allowed to learn to read or write since he was a slave. When he was about 12 years old, the wife of a Baltimore slave owner began teaching him the alphabet, but she stopped after her husband intervened. Douglass took matters into his own hands, sneaking in a reading lesson while out conducting errands for his master. In his autobiography, Narrative of the Life of Frederick Douglass, he described how he’d carry a book around with him and barter small bits of bread with white kids in his neighborhood in exchange for them helping him learn to read the book.

2. Frederick Douglass attributed his human rights beliefs to schoolbooks. Douglass got a copy of The Columbian Orator, a compilation of essays, debates, and speeches on a variety of topics, including slavery, while he was a teenager. The Orator, which was published in 1797 and comprised 84 choices from authors like Cicero and Milton, was obligatory reading for most schoolchildren in the 1800s. When he first entered politics, Abraham Lincoln was likewise influenced by the collection.

3. Frederick Douglass was an abolitionist who taught other slaves to read. A teenager Douglass taught fellow slaves to read the New Testament while he was hired out to a farmer named William Freeland—but the lessons were soon broken up by a mob of villagers. Douglas was unfazed, and he resumed his classes, sometimes teaching as many as 40 individuals.

4. Frederick Douglass’ first wife assisted him in his attempt to free himself from slavery. In the mid-1830s, Anna Murray, an independent laundress in Baltimore, encountered Frederick Douglass. Together, they devised a scheme, and on a night in 1838, Douglass boarded a northbound train dressed in a sailor’s clothing and carrying money from Anna’s savings as well as papers from a sailor acquaintance. He arrived in Manhattan as a free man around 24 hours later. Anna soon joined him, and on September 15, 1838, they married.

5. Frederick Douglass publicly chastised his old employer. Douglass wrote to his former owner, Thomas Auld, in an open letter published in the newspaper he owned and published, The North Star, in 1848, vehemently about the ills of slavery, declaring, “I am your fellow man, but not your slave.” He also enquired about his relatives who were still enslaved a decade after his emancipation. 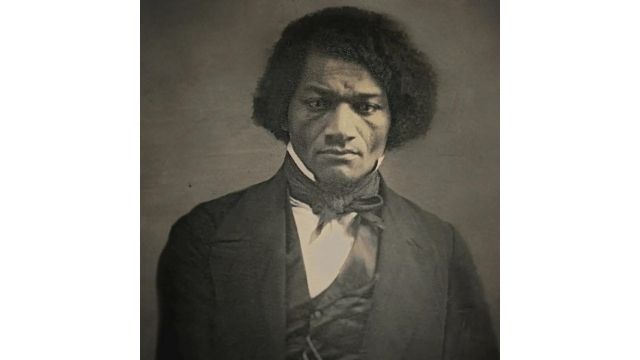 6. Frederick Douglass was named after a poem. Douglass was born Frederick Augustus Washington Bailey, but he adopted aliases after fleeing slavery to avoid identification. When Douglass arrived in New Bedford, Massachusetts, he used the surname “Johnson” because he felt there were too many other Johnsons in the area to stand out. Mr. Johnson suggested Douglas, a character in Sir Walter Scott’s poem The Lady of the Lake when he asked his host (ironically called Nathan Johnson) for a new name.

7. Frederick Douglass was dubbed the most photographed American of the nineteenth century. There are more portraits of Douglass than of Abraham Lincoln or Walt Whitman, two other 19th-century heroes. During the Civil War, Douglass wrote extensively on the subject, describing photography as a “democratic art” that might finally represent black people as “people” rather than “things.” He gave away his photographs during speeches and lectures in the hopes of changing people’s attitudes toward black men.

8. Frederick Douglass declined to participate in the Fourth of July celebrations. Douglass was a strong orator, and his speech to a crowd of hundreds of abolitionists in Rochester, New York, on July 5, 1852, is considered a masterpiece. The speech, titled “What the Fourth of July Means to a Slave,” mocked the audience for permitting a former slave to speak at a celebration honoring the country that enslaved him. He famously declared to those in attendance, “This Fourth [of] July is yours, not mine.” “Do you mean to ridicule me by asking me to speak today, citizens?” Douglass refused to celebrate the event until all slaves were freed and laws like the 1850 Compromise were repealed, which forced citizens (including northerners) to return runaway slaves to their owners. 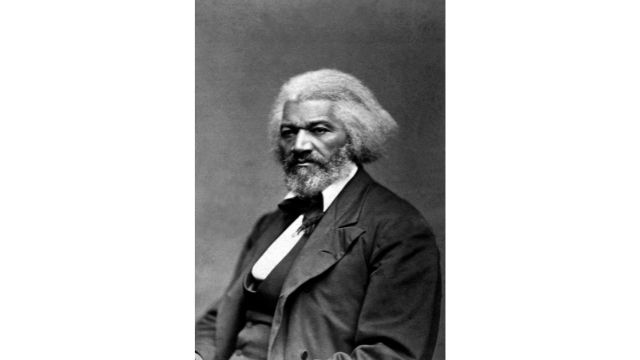 9. During the Civil War, Frederick Douglass recruited black soldiers. During the American Civil War, the Union attacked Fort Wagner in Charleston. Soldiers from the 54th Massachusetts Volunteer Infantry, the first African-American regiment in the US Army, attacked the fort from July 18 to September 7, 1863.

During the American Civil War, the Union attacked Fort Wagner in Charleston. The fort was attacked by soldiers from the 54th Massachusetts Volunteer Infantry, the first African-American regiment in the US Army, from July 18 to September 7, 1863.

By the time the war broke out in 1861, Douglass was a well-known abolitionist. “Let the slaves and free colored people be called into duty, and formed into a liberating army, to march into the South and raise the banner of Emancipation among the slaves,” he wrote in his newspaper, vigorously petitioning President Lincoln to allow black troops in the Union army. Douglass worked feverishly to enlist black soldiers when Lincoln signed the Emancipation Proclamation, and two of his sons would join the 54th Massachusetts Regiment, notable for its efforts in the bloody fight of Fort Wagner.

10. Frederick Douglass served in the administrations of five presidents. Douglass later became a statesman, serving in high-ranking government roles such as U.S. Marshal for Washington, D.C., Recorder of Deeds for Washington, D.C., and Minister Resident and Consul General to Haiti. In 1877, President Rutherford B. Hayes became the first to appoint Douglass to a position, and Presidents Garfield, Arthur, Cleveland, and Benjamin Harrison all sought his advice in different capacities.