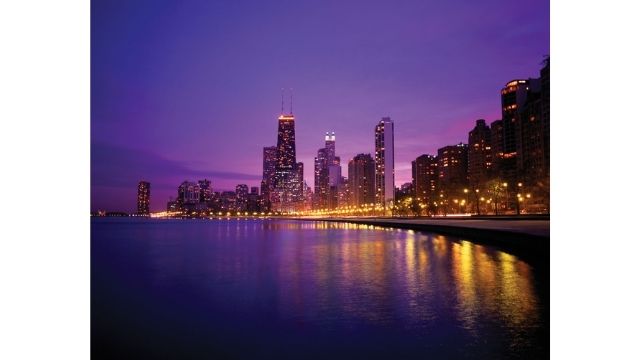 28 miles of lakefront (miles of shoreline)

595 feet above sea level in the business district

State and Madison are the starting points for the street numbering system.

The highest temperature ever recorded was 105 degrees Fahrenheit on July 24, 1934. 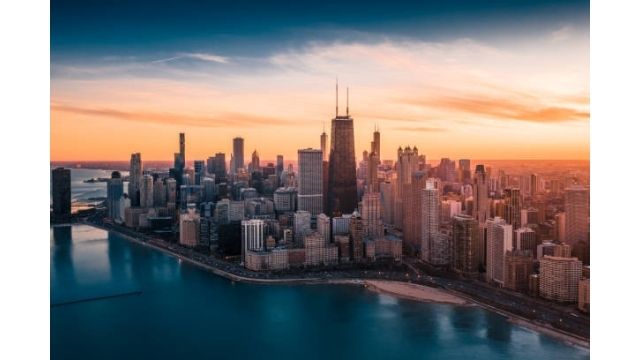 August 1987 had the most precipitation ever recorded in a month (17.1 inches).

Seal of the Company

Seal of the City of Chicago

A committee comprised of Mayor William B. Ogden, Aldermen Josiah Goodhue, and Daniel Pearsons was appointed to develop a new seal when Chicago was constituted as a city in 1837. “A shield (American) with a sheaf of wheat in its center; a ship in full sail on the right; a sleeping infant on the top; an Indian with bow and arrow on the left; and with the motto ‘Urbs in Horton at the bottom of the shield, with the inscription ‘City of Chicago-Incorporated, 4th of March, 1837’ around the outside edge of the said seal,” according to the ordinance. In June 1854 and February 1893, the ordinance was amended, with the first stipulating that “over the shield, an infant reposes on a sea-shell,” and the latter expanding on this by decreeing a “sleeping child on top, laying on its back on a shell.”

Because no sketches or reproductions of the early versions of the seal survived, an ordinance was passed on March 20, 1905, to create a new and improved design and description. This is the city of Chicago’s current seal. The shield depicts Chicago’s national spirit. The Indian depicts the person who first discovered the city of Chicago. The approaching of civilization and commerce is symbolized by a ship in full sail. The sheaf of wheat symbolizes activity and abundance. The pearl’s old and classical symbolism is the newborn in the shell, and Chicago’s location at the lake’s neck denotes that it will be “the gem of the lakes.” “Urbs in Horto” means “City in a Garden” in Latin. The date of the city’s incorporation is marked on the seal as “March 4, 1837.”

On June 17, 1966, the City Council approved Mayor Richard J. Daley’s resolution designating the chrysanthemum as the city’s official flower. The resolution was introduced by Mayor Daley in response to a request from the Chicago Committee on Beautification.

Flag of the City

The original two-star flag was designed by Wallace Rice, a lecturer on heraldry and flag design at the Art Institute of Chicago, and was accepted in 1917. On October 9, 1933, and December 21, 1939, the City Council added two more stars.

The four red stars on the center white stripe, starting at the flagpole, represent:

The original flag was destroyed in the Great Chicago Fire on October 8-10, 1871. Transportation, labor, commerce, finance, populousness, and salubrity are represented by the points of the star (health).

The original flag from the 1893 World’s Columbian Exposition. Religion, education, aesthetics, justice, beneficence, and civic spirit are all represented by the points of the star.

In 1933, the Century of Progress Exposition was introduced. The city’s key features are represented by the points of the star: third-largest city in the world (in 1933), Chicago’s motto “Urbs in Horto,” the “I will” slogan, Great Central Market, Wonder City, and Convention City.

The points’ meanings are unofficial, and explanations differ from one source to the next. The Municipal Code specifies the official design. 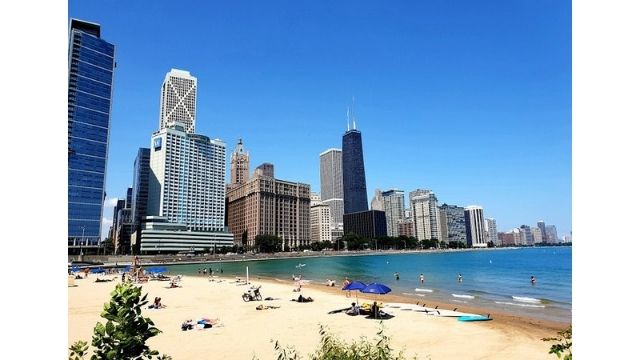 The municipal device of the city of Chicago

The Municipal Device, often known as the Y sign, represents the Chicago River and its two branches. Citizens, businesses, and other groups are encouraged to use the Y sign informally to promote local pride. Users can paint and decorate it in whatever way they like.