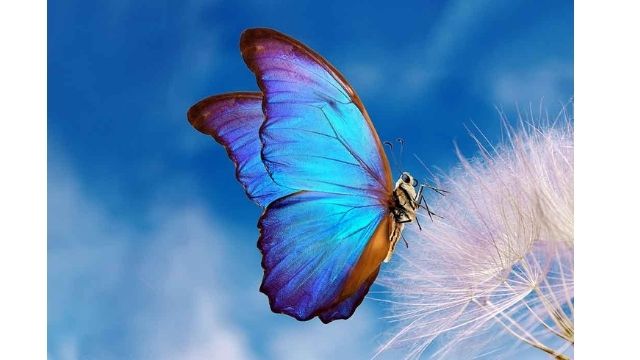 Who doesn’t like seeing one of these winged beauties take to the air? Butterflies are an insect that everyone can admire, from their vividly colored bodies to their smooth motion that seems to be in rhythm with some unheard symphony.

How much do we know about them, though? This list contains ten fascinating facts about butterflies that will change the way you think about them.

The wings themselves are formed of chitin, which is the same protein that makes up an insect’s exoskeleton. Chitin is transparent, similar to an exoskeleton. You’ve already learned something new!

Those species that are usually found in the lower 48 states of the United States would be a good place to start. Still, because that number hovers around 575, we suggest making note cards or focusing on the butterflies you see in your yard this spring and summer.

3. Butterflies taste with their feet. If you’ve previously learned everything there is to know about butterflies up to this point, this truth may come as a surprise. However, if you consider it from the perspective of a butterfly, it isn’t so odd. Eating and mating are two of a butterfly’s daily duties, both of which necessitate landing – even if only briefly.

When finding food is a top priority, the taste sensors assist the butterfly in locating the appropriate plants and minerals. Many people are unsure what it means when a butterfly lands on them, but the truth is that it is most likely just hungry.

4. Butterflies have a short lifespan. Here it is for everyone who has been waiting for it since our previous reference, or who simply scrolled ahead till they discovered it. An adult butterfly’s average lifespan is three to four weeks, but the full life cycle can last anywhere from two to eight months. 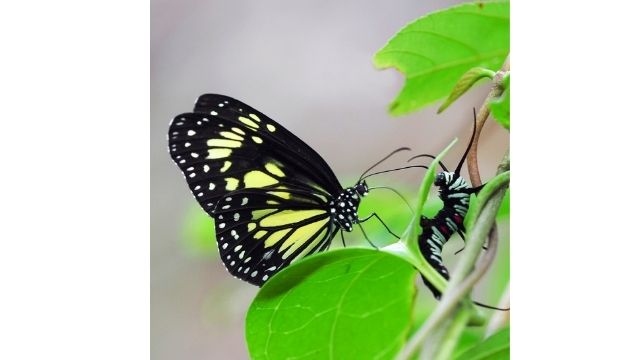 6. Some butterfly species travel to warmer climates to avoid the cold. Although cold weather may often cause a butterfly’s already brief life to come to an end by rendering it immobile, others will use the dip in temperature as a cue to relocate.

Butterflies are cold-blooded and need a body temperature of around 85 degrees to activate their flight muscles in optimal conditions. When the weather starts to change, some species will simply migrate in quest of more sunlight. The North American Monarch, for example, travels an average of 2,500 miles!

7. The Giant Swallowtail Butterfly is one of the largest butterflies. This species has a name that reflects its proportions, with a wingspread of four to seven inches. If you’ve ever spotted one on a hike or in your backyard, you may have been mesmerized by it. Because of the long tails on this butterfly’s hindwings, their name is derived from a bird of the same name.

8. Butterflies eat just liquids. It’s true that butterflies prefer to eat, as we discussed previously. What we didn’t mention at the time is that their only food source is fluids. In actuality, they simply lack the requisite chewing apparatus. Butterflies consume nectar or other liquid nutrition using their proboscis, which works similarly to how you or I would use a straw. 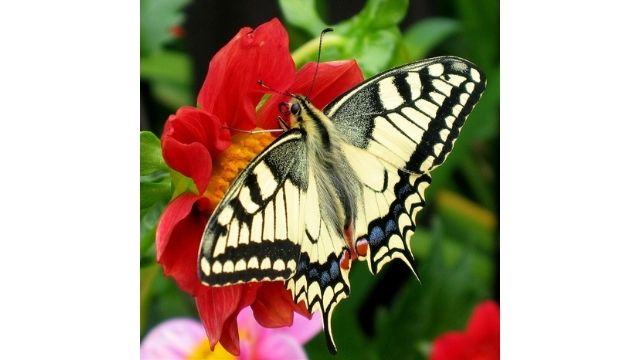 9. Their butterfly wings protect them from predators. As previously said, the average butterfly’s lifespan is short, and even at its prime, these insects are among the most vulnerable. Staying alive for as long as possible helps the butterfly to have more chances to mate, which is critical for the survival of the species.

As a result, butterflies frequently use their wings to defend themselves. A butterfly’s wings are typically its best protection, either by folding to blend in with their surroundings or by sporting a rainbow of colors and patterns to deter predators.

10. Butterflies have four wings instead of two. In the spirit of wings, we may have saved the most fascinating butterfly tidbit for last! Butterflies have four independent wings, despite how they appear in motion or in drawings or paintings you may have seen. The forewings are the wings closest to the bird’s head, while the hindwings are the wings in the back. During the flight, the butterfly’s four wings move up and down in a figure-eight pattern thanks to strong muscles in the thorax.