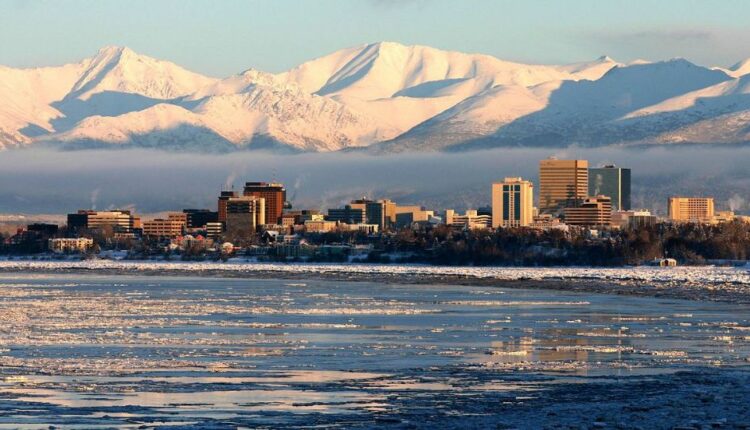 On the northwest corner of North America, in the Western United States, is the state of Alaska. It shares a maritime boundary with the Chukotka Autonomous Okrug of the Russian Federation to the west, just across the Bering Strait, and borders the Canadian province of British Columbia and the Yukon Territory to the east.

The Chukchi and Beaufort seas of the Arctic Ocean are to the north, and the Pacific Ocean can be found to the south and southwest. Alaska is by far the largest state in terms of area in the United States, with a total area larger than the combined areas of the next three largest states (Texas, California, and Montana).

The seventh-largest subnational division in the world is represented by it. With a population of 736,081 as of 2020—more than double the combined populations of Northern Canada and Greenland—it is the third-least populous state and the most sparsely populated area on the continent. It is largely located north of the 60th parallel.

This name was given to the dog-powered activity in 1972. The official state dog is the Alaskan malamute, the breed that is typically used for sledding.

The State Flag Was Created by a Teen

Benny Benson, a 13-year-old boy, created the state flag. Alaska chose Benson’s painting of the Big Dipper and the North Star in 1927 after soliciting submissions from students around the region.

Read more: Ann Margret Facts: Do You Know About These Facts?

Even when Alaska became a state in 1959, the design remained.

There Are Some Mountains That Are Quite Tall

Alaska is home to 17 of the United States’ top 20 peaks. Denali, which is the tallest mountain in all of North America, is the highest at 20,320 feet above sea level.

Alaska has passed some strange moose-related regulations, such as those that forbid giving moose beer and pushing them out of airplanes. You shouldn’t do either of those things in any state, to be fair.

The first museum in America completely devoted to hammers is located in Haines, Alaska. The interesting collections of hammer sculptures, handle-making equipment, and spring-loaded meat tenderizers are available for viewing by visitors to the Hammer Museum.

Alaska Is the Home of Numerous Valiant Dogs

Though others contend that Togo was the real hero, Balto is the legendary sled dog who is frequently credited with bringing medicine to a remote Alaskan community. Togo pulled the medicine through 200 miles of wind and snow before Balto traveled the final 55 miles. In Wasilla, Alaska, at the Iditarod Trail Sled Dog Race Museum, his preserved and stuffed body is on exhibit.

On January 23, 1971, -80° F was the lowest temperature ever. This occurred in Prospect Creek, a remote community 31 miles from Coldfoot, a hamlet with a population of roughly 150.

You Can Grow a Dachshund-sized Zucchini

Alaska is able to produce some abnormally large produce due to its long summer days. Recent harvests of exceptional specimens include a 138-pound head of cabbage, a 65-pound melon, and a 35-pound head of broccoli.

In Alaska, There Is a Town That Celebrates Christmas

The North Pole, Alaska suburb of Fairbanks is located around 1700 miles south of the actual North Pole. Numerous letters addressed to Santa are delivered to the ZIP code every year, and the town’s well-known Santa Claus House souvenir shop is open all year. (A real Santa Claus actually won a seat on the city council.)

Alaska Might Be Able to Provide a View of Russia

At its narrowest, the Bering Strait, which divides Alaska from Russia, is about 55 miles wide. Little Diomede, a U.S. island, and Big Diomede, a Russian island, both lie within it and are only 2.5 miles apart. 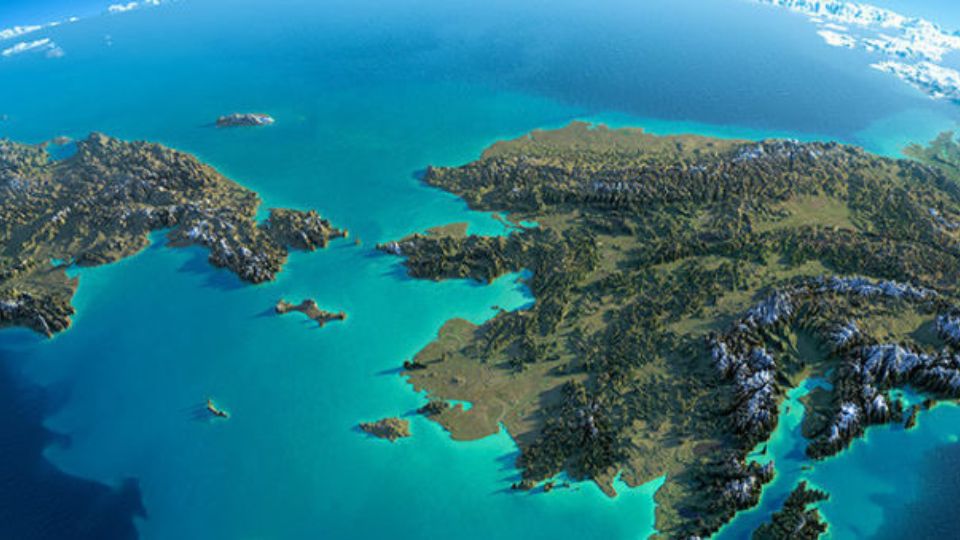 So in principle, some Alaskans might be able to see Russia from their homes.

During World War II, Japan Invaded the Islands of Alaska

Japanese forces bombed and occupied the Alaskan Aleutian Islands in June 1942, following the attack on Pearl Harbor. The job was there for about a year. (Alaska was held by the United States at the time; it didn’t become a state until 1959.)

Some Roadkill Is Regarded as State Property

In Alaska, moose, caribou, and bears killed by vehicles are regarded as the state’s property. In response to reports of roadkill, the carcasses are slaughtered by volunteers and given to charitable organizations as meals.

The Largest National Forest in America Is Located in Alaska

The Tongass is the largest national forest in America. It is around three times larger than the Chugach, which was the runner-up and is also in Alaska.

In the annual Fur Rondy Festival outhouse races, valiant Alaskans fight to be proclaimed the king or queen of their throne. Teams compete against one another along a two-lane track while wearing skis on the bottoms of their specially constructed outhouses.

Along with first place, prizes are given out for the toilets with the most vibrant designs, best engineering, and cleanest interiors.

Alaska Is Enormous but Has a Low Population Density

Only roughly 53,844 individuals would inhabit the entire state of New York if it had a population density similar to that of Alaska (there are more than 19 million NY residents today.) 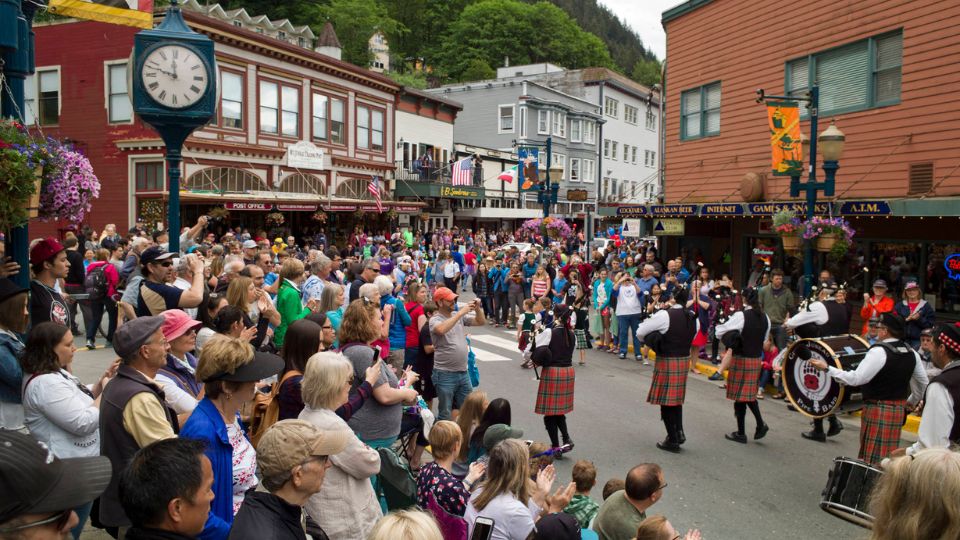 The true shocker is that Alaska is so large that 12 New Yorks could fit inside of it.

Alaska Was Purchased By

Alaska was to be sold to the United States by Russia for $7.2 million, or roughly two cents per acre, in 1867.

After Being Acquired by the United States, the State Acquired a Derogatory Moniker

As a supporter of American expansion, Secretary of State William H. Seward negotiated the agreement to buy Alaska.

However, not everyone welcomed the change, and some called the region “Seward’s Folly” and “Seward’s Icebox.”

It Has a Sizable Native American Population

The main indigenous populations of Alaska are the Aleuts, Inupiat, Yuit, Athabascans, Tlingit, and Haida. Alaska has the highest percentage of Indigenous people of any state, at over 19 percent.

The State Has a Big Mac of Its Own

The Denali Mac, originally known as The McKinley Mac, is a somewhat beefed-up version of the traditional Big Mac that is available at McDonald’s locations all around the state.

It uses the same patties as the Quarter Pounder but has larger patties, plus it has extra secret sauce spread throughout. The burger chain claims that the combined total of the items is 840 calories.

Before It Became a Disaster, One Community Used to Host a Festival Honoring Moose Dung

The annual Moose Dropping Festival has been held in Talkeetna, Alaska, for many years. Participants who had their matched moose droppings land closest to the center of a target got cash awards. Varnished pieces of numbered moose droppings were dropped from a crane into a parking lot. The event was retired in 2009 as it eventually became riskier than the 850-person town could sustain.