The full name of Drew Barrymore is Drew Blythe Barrymore; she was born on February 22, 1975, in Culver City, California, the United States. Drew Barrymore is an American actress, producer, and director best known for her roles in romantic comedies. Barrymore is descended from a long line of well-known performers, including her grandpa John Barrymore and his siblings Lionel and Ethel. Before starring in the Altered States, she made appearances in a number of television movies (1980).

At a very young age, Drew’s career as an actor in front of the camera began. Aged precisely eleven months. She was hired for her first job in a Puppy Chow advertisement in 1975. Five years later, she played in her first motion picture, Altered States, a horror movie. Naturally, she rose to fame when she was cast in the iconic Gertie role in the 1982 film E.T.

Acting is in her blood, so to speak. As actors, all of her great-grandparents and grandparents, the Barrymore family has a long history in Hollywood. The roles of Dr. Jekyll and Mr. Hyde were played by her grandfather John Barrymore, one of the most well-known actors of his period, in the original 1920 Paramount film.

But there was a bit more tension in Drew’s connection with her own parents. Mom Jaid was a budding actress who was born to Hungarian World War II refugees in a displaced person camp in Brannenburg, West Germany, and dad John was also an actor.

According to her, her father was an abusive man who abandoned the family when she was just six months old and never had a close relationship with his daughter. Her mother had questionable parenting abilities because she took her to Studio 54 and Hollywood parties before she was even a teenager.

According to Drew’s 1991 autobiography Little Girl Lost, she first experienced intoxication at the age of nine when slow-dancing with Emilio Estevez at Rob Lowe’s birthday party, despite having started pouring alcohol over her ice cream at the juvenile age of seven. She described her and her mother’s frequent drinking as “very regular.”

Drew was first taken to rehab in 1988 at the age of 13, and after an 18-month spell in a mental institution due to her out-of-control addiction troubles. I needed that whole extreme discipline. 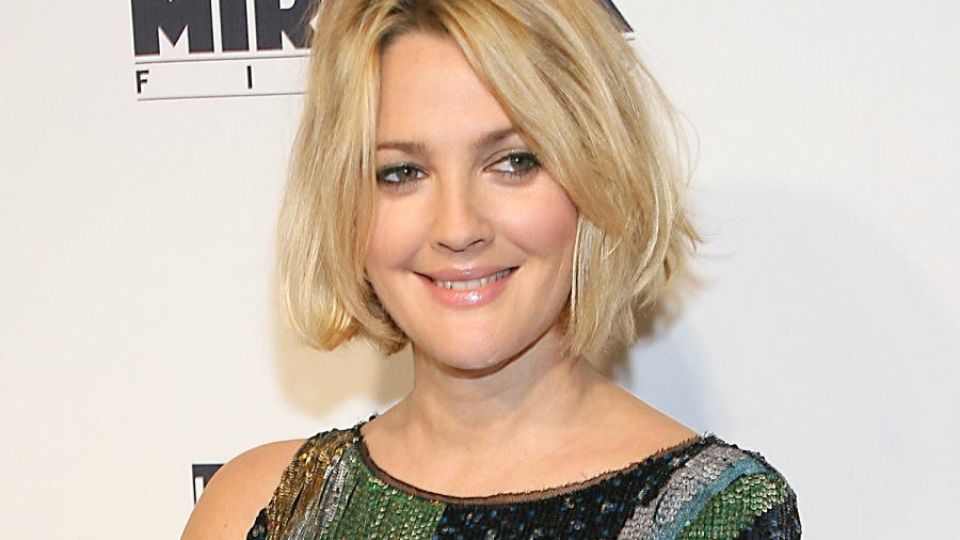 My life wasn’t typical. I did not attend school as an ordinary young child.

There was a serious anomaly, and I needed a major shift.

Despite dating a number of well-known men throughout the years, Drew’s early romance with Corey Feldman, a fellow legendary child star, stands out the most. Even more, the two went to the 1989 Academy Awards together.

Her Story in Detail

Drew has penned two autobiographies about her life. The first, 1991’s Little Girl Lost, depicted a childhood gone awry in a sad story just as the recuperating star was emerging from it. The other, 2015’s Wildflower, was a happy reflection on how far she had come and was written from that position.

Drew not only became the youngest host of Saturday Night Live when she took the stage in Studio 8H at the age of seven, but she also made history by being the first woman to host the program six times when she returned in 2009. In 2018, Tina Fey eventually tied her previous best.

Advice From The Father

For the January 1995 issue of Playboy, 19-year-old Drew posed bare-chested. Her godfather Steven Spielberg sent her copies of the pictures with clothes added as a response to the titillating images, along with a note that read, “Cover yourself up,” for her 20th birthday.

In the same year that she appeared for Playboy, she made an infamous visit on CBS’ Late Show With David Letterman.

Drew danced, exposed her breasts, and jumped on the comedian’s desk because it was his birthday. In an interview with his successor Stephen Colbert in 2018, she described the famous incident.

Drew and Courtney Love, the lead singer of Hole and the wife of Kurt Cobain, were best friends in the early 1990s. Through Courtney, she was introduced to her boyfriend, guitarist for the band Hole Eric Erlandson, who accompanied her to the Batman Forever movie premiere in 1995. 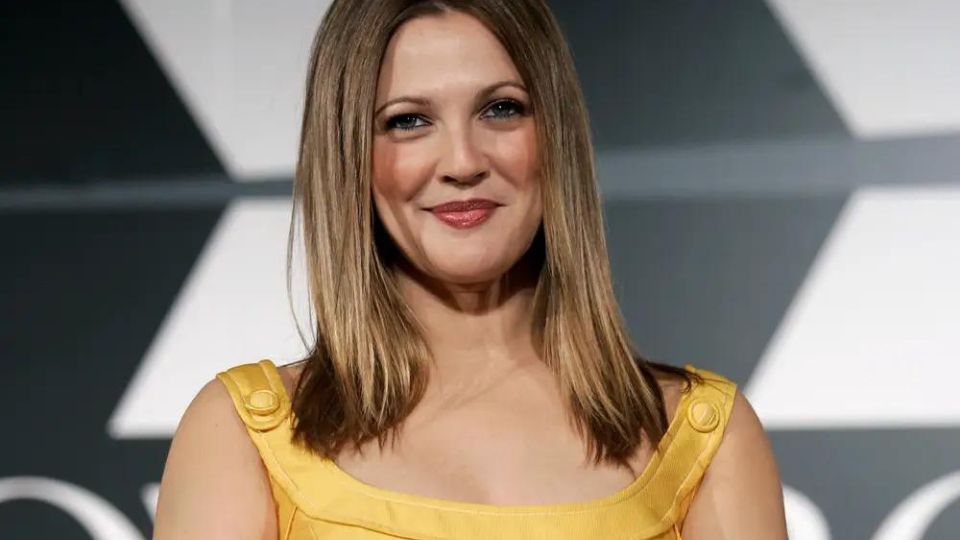 Eric was also named Frances Bean’s godmother. They are not, however, as close as they once were.

Not only has Drew dated celebrities like The Strokes drummer Fabrizio Moretti and actor Justin Long, but she has also been married three times: once for two months to bar owner Jeremy Thomas in 1994, once more for a short period of time to comedian Tom Green in 2001, and once more for four years to Will Kopelman, the father of her two daughters Olive and Frankie.

The Connection To Chanel

She married into the Kopelman family in 2012 when she wed Will Kopelman, who was the former CEO of the design business Chanel. Arie Kopelman, her husband’s father, held the position.

Read more: Tupac Shakur Facts: Do You Know About These Facts

She’s become accustomed to wearing the brand, even attending her wedding in a specially tailored gown.

Beginning with The Wedding Singer in 1998, Drew has acted alongside Adam Sandler in three movies. And that connection has turned out to be the foundation of both her life and her work. She described in her book Wildflower how she had to “beg, borrow, and steal” simply to get a meeting with him.

In the middle of the night in 1998, while Drew and her then-boyfriend Tom Green were resting in their LA home, her pet yellow lab Flossie woke them up. 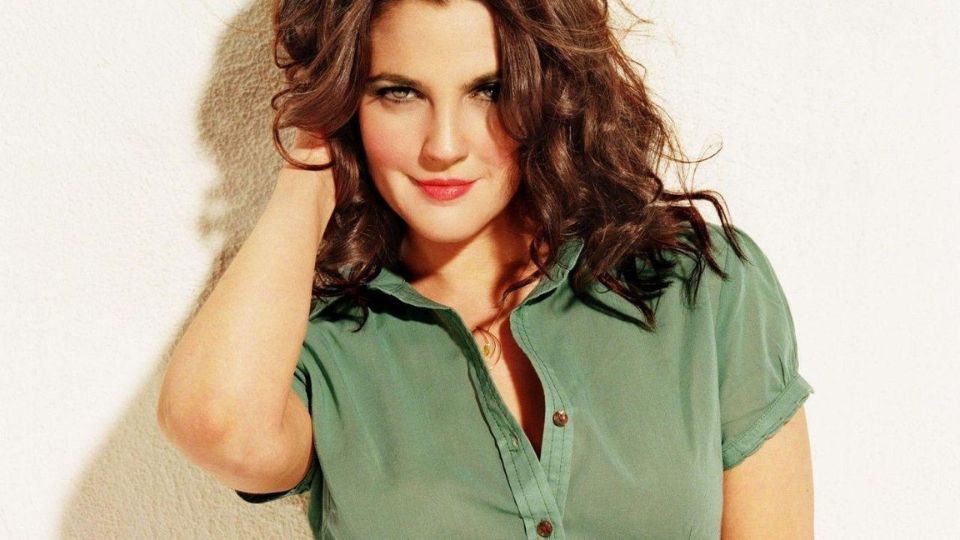 According to Drew’s publicist, a fire had broken out in the home when the brave dog “physically knocked on the bedroom door.”

She exclaimed, “Thank God for Flossie!” as she and Tom stepped outside with reporters who had arrived soon after the 70 firefighters (who were unable to save the house).

Drew and her friend Nancy Juvonen started Flower Films in 1995 after being acquainted two years earlier through Nancy’s brother Jim, a writer/producer who was employed on the set of Drew’s movie Mad Love. A love connection was made when Jimmy Fallon was invited to Drew’s partner’s birthday party a decade later as the two were producing the movie Fever Pitch, which starred Drew and the emerging SNL star.

You were probably right if you’ve ever been watching an old Family Guy episode in syndication and thought, “That character sounds an awful lot like Drew Barrymore,” She made her television debut in 2005 as Mrs. Lockhart before doing 11 episodes from 2006 to 2013 as Jillian, Brian’s girlfriend.