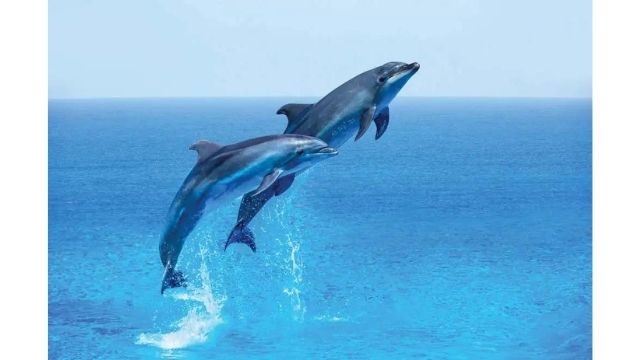 Dolphins never fail to astonish. Researchers are discovering that these remarkable cetaceans are full of surprises, from their sophisticated social life to their intelligence, as they explore deeper into their underwater environment. Here are a few examples of how dolphins excel both physically and psychologically.

1. Dolphins are the descendants of land animals. Dolphins didn’t have to live in the water all of their lives. Even-toed ungulates, which had hoof-like toes at the end of each foot and roamed the land, were the ancestors of these aquatic species. These progenitor species, however, decided that the ocean was a better place to dwell some 50 million years ago, and evolved into the dolphins we know today.

Today, the skeletons of dolphins provide evidence for this evolutionary history: Adult dolphins have vestigial leg bones and residual finger bones in their flippers.

2. They have the ability to stay awake for weeks at a time. Dolphins were able to successfully use their echolocation talents for 15 days without sleep or respite, according to a 2012 study. To put it another way, dolphins don’t require much sleep. They accomplish this by sleeping only one side of their brain at a time, a technique known as unihemispheric sleep.

This talent is surprising, but it makes sense. Dolphins need to breathe at the ocean’s surface, hence they must be alert at all times to take breaths and prevent drowning. It also serves as a protective mechanism, keeping them safe from predators.

Meanwhile, newborn dolphins do not sleep for weeks after birth. This is thought to be advantageous because it allows the calf to better evade predators and maintain a constant body temperature while accumulating blubber.  This lack of sleep is also thought to promote brain growth. 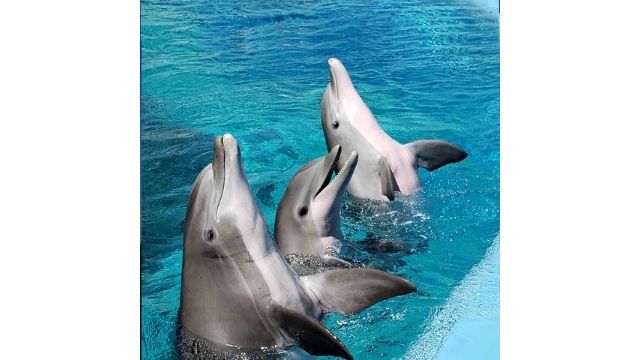 3. Dolphins do not eat with their teeth. If you’ve ever watched a dolphin eat, you’ve probably noticed how quickly they consume their food. This is due to the fact that dolphins do not chew and only use their teeth to grasp prey. At most, dolphins will shake or brush their food on the water floor to break it up into smaller bits.

One explanation is that they have evolved to avoid chewing because they need to devour their fish supper rapidly before it swims away. By skipping the chewing process, they ensure that their meal does not escape.

4. The US Military Makes Use of Dolphins. The US Navy has been using dolphins to detect undersea mines since the 1960s. Dolphins use echolocation in the same way that bomb-detecting dogs do. Their better capacity to scan an area for specific things enables them to pinpoint mines and place markings at the appropriate locations. The Navy will then be able to locate and detonate the mines. Dolphins’ echolocation abilities far outpace any device that humans have devised to perform the same task.

However, animal rights activists have long opposed the use of dolphins for military purposes, making these Navy operations highly contentious. Dolphins are stressed by rapid relocation and transplantation to new places, muzzles that restrict them from foraging while working, and the chance of a mine is accidentally detonated. Activists have continued to campaign against exploitation, despite the fact that the US Navy Marine Mammal Program says that it conforms to federal rules regulating the treatment of its dolphins.

5. Dolphins Make Use of Equipment. A colony of dolphins in Shark Bay, Australia, has been observed to utilize tools, according to researchers. Some scoured the water floor for cone-shaped sea sponges and ripped them free. The sponges were then carried on their beaks to a hunting site, where they were utilized to probe the sand for hiding fish.

The practice is known as “sponging,” and it isn’t the first time cetaceans have used tools. This, according to the researchers, protects their sensitive snouts while hunting.

This not only reveals dolphin intelligence but also demonstrates their social abilities. The practice is passed down from mother to daughter, indicating that nonhumans have a culture.

6. Dolphins form bonds with one another based on common interests. Another set of researchers studying the same group of dolphins in Shark Bay observed that the dolphins developed friendships based on a mutual interest – in this case, sponging.

Because this behavior is less common in male dolphins, the researchers uncovered a novel way it influences dolphin interactions by focusing on them. Male spongers spent more time with other male spongers than non-spongers, showing that a shared interest in the practice played a role in the formation of social relationships.

7. Dolphins address each other by their given names. Although we already know that dolphins communicate, a study published in 2013 found that their communication abilities extend beyond the use of names.

Within each pod, 7 dolphins have their own “signature whistle,” which serves as a distinctive identity signal similar to a name.

The dolphins’ characteristic whistles were recorded and played back to the pod. They discovered that the people solely replied to their own calls, whistling back in acknowledgment.

Furthermore, when the trademark whistles of dolphins from different pods were played, the dolphins did not respond, demonstrating that they are looking for and responding to specific calls.

Given that dolphins are highly social creatures that must communicate over long distances, it’s understandable that they would have evolved to use “names” in the same way that humans do.

8. Dolphins Collaborate as a Group. Dolphins, in addition to communicating with names, can also function as a team, which was previously regarded to be a human-only capacity. Dolphins were able to synchronize their behaviors to perform a cooperative assignment and obtain a reward, according to research published in 2018. A pair of dolphins were asked to press two separate underwater buttons at the same time as part of the experiment. The dolphins were successful after they realized the task was cooperative.

9. Fish Toxins Give Dolphins a HighPufferfish contain powerful toxins that can be used as a narcotic in tiny quantities. Dolphins have found this and have taken use of it for their own amusement. Dolphins were videotaped softly playing with a pufferfish in 2013, passing it between pod members for 20 to 30 minutes before hanging out at the surface, presumably entranced by their own reflections.

The Independent quoted Rob Pilley, a scientist who also acted as a producer on the show: “This was an instance of young dolphins purposefully experimenting with a substance that we all know is intoxicating… It reminded us of the fad a few years ago when individuals began licking toads to get high.” 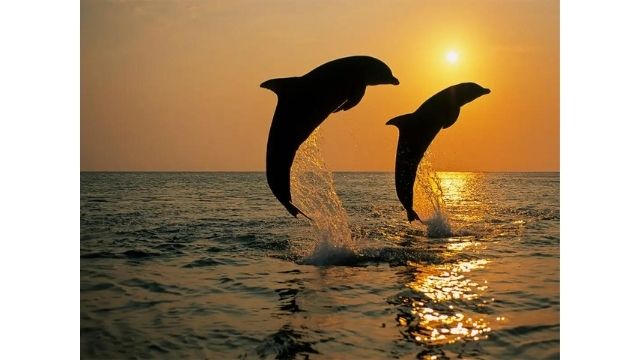 10. There are 36 different species of dolphins. thus there isn’t just one sort of dolphin. This also means that dolphin conservation status varies widely. Many species are prospering, including the well-known common bottlenose dolphin (Tursiops truncatus). Others, such as the highly endangered baiji, are still under threat despite being protected under the Marine Mammal Protection Act and the Endangered Species Act (Lipotes vexillifer).

Avoiding single-use plastics, which end up in the seas and damage dolphins, is one way you can help safeguard vulnerable dolphin species. You can also join beach-cleaning campaigns and only buy fish from sustainable fisheries (or avoid buying fish entirely).