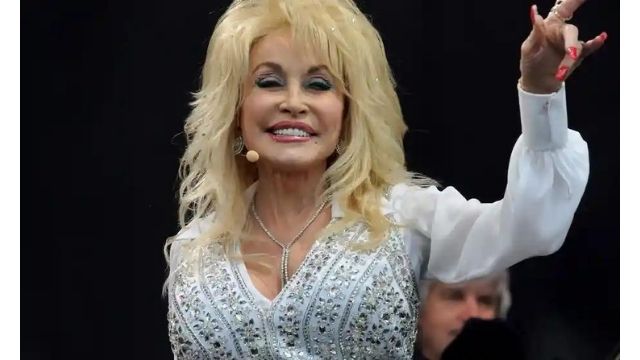 Dolly Parton is currently trending on Twitter for once again making the world a better place. This time, she’s offering staff at her Dollywood tourist parks the chance to go back to school for free.

Dollywood’s parent company, Herschend Enterprises, stated earlier this week that it will “pay 100% of tuition, fees, and books for its 11,000 employees who wish to seek higher education.” Grow U, a new program, will begin on February 24.

Here are ten fun facts about Dolly Parton that you might not know about the Queen of Country.

1. She was born into a very poor family. According to Eastern Sevier County, Parton’s father Robert Parton gave a sack of oatmeal to the doctor who assisted in her delivery. Parton grew up in a modest, one-bedroom cabin in Sevierville, Tennessee, which is now open to the public.

3. Her Nails Function as a Musical Instrument! Parton told BBC broadcaster Graham Norton that while shooting the film “9 to 5” with Jane Fonda and Lily Tomlin, she was sitting around on set and didn’t always have time to get her guitar when musical inspiration hit.

To get a beat going, she would rub her artificial nails against each other.

Parton described the sound as “a percussive sound” that sounded like a typewriter. “So the CD has a credit that says ‘nails by Dolly.'”

More than 172 million books have been provided to over 2 million youngsters who have registered for the program.

5. She Doesn’t Go on the Dollywood Rides. Dollywood, which Parton founded in 1986, was his first foray into the theme park sector. Every year, almost a million people visit the theme park. She will not, however, be found on the rides.

“I don’t go on any of the rides. I’ve never done so “The New York Times reported on the singer’s comments. “Motion sickness is a problem for me.”

6. During the same session, she wrote two of her biggest hits. In the same sitting, Parton wrote the 1968 smash “I Will Always Love You” (later immortalized in a version by Whitney Houston) and “Jolene.” “We were going through all of my material for the archives and grabbing all of the stuff for the old cassettes that I used to use and putting them on hard drives and sorta modernizing everything,” Parton told Out. “I’m guessing I wrote them both at the same time.” It could have been a day or two, but I guess I wrote those the same night because they were on the same cassette, and I generally fill those up pretty quickly.”

7. She is the Godmother of Miley Cyrus. Parton made regular cameo appearances as Miley Cyrus’ “Aunt Dolly” on Disney’s “Hannah Montana” with Miley Cyrus. Because of her long association with Cyrus’s father, country musician Billy Ray Cyrus, Parton is her real-life godmother.

8. Her first crush was on Johnny Cash. Parton first saw the Man in Black while she was a kid performing at Nashville’s Grand Ole Opry. Parton told Nightline, “I was sitting in the crowd and that’s when I first learned about sex appeal.” “When he moved his shoulder, he got this tick… and it was still gorgeous. Even so, it had an effect on me.” 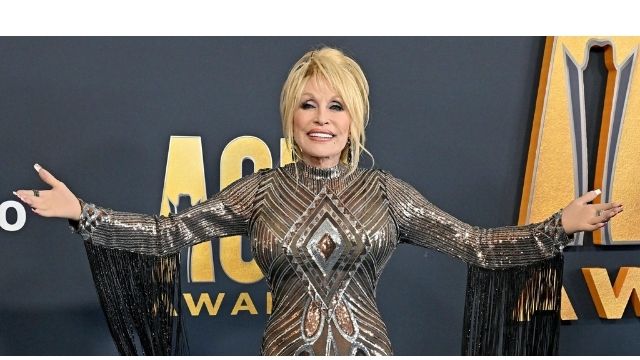 9. Her style was inspired by the “town tramp.” A local lady of the night gave Parton the idea for her huge, blonde hair and pouty red lips. In a 2012 interview, she remarked, “I had never seen someone, you know, with the yellow hair all piled up with the red lipstick and rouge and the high heeled shoes, and I thought, ‘This is what I want to look like.'”

10. She has hidden tattoos all over her body. Parton has long been said to disguise her tattoos with long sleeves. She almost confirmed it in 2014, telling Today’s Savannah Guthrie, “I do have a few minor tattoos, but they were largely done to cover scars because I’m so fair.” Parton explained that the tattoos are largely for her 50-year-old husband, Carl Dean.