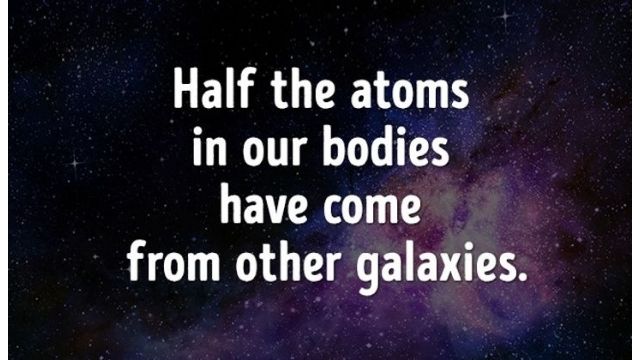 Drop one of these cool—yet definitely crazy—facts into the most entertaining conversations you’ll ever have! You might use these strange facts to make a joke or simply surprise someone by texting one of these odd, but true facts to your friends.

These 100 crazy facts will keep you fascinated no matter what you do with them.

1. Dentists are one of the oldest occupations, having been practiced by humans since 7000BC.

6. In 2008, a geocache was placed aboard the International Space Station. Other astronauts have visited it four times since then.

7. More macaroni and cheese is consumed in Canada than in any other country.

8. In 1826, Scotland sought to build a larger and less expensive duplicate of the Parthenon. It was never finished and has earned the moniker “Scotland’s Disgrace.”

9. A pet alligator was given to John Quincy Adams by a French commander. Adams displayed it in one of the White House bathtubs and took pride in it.

10. Snakes can aid with earthquake prediction. They can smell an earthquake coming from 75 miles away, up to five days ahead of time.

11. The practice of leaving hands and footprints in front of the Chinese Theater in Los Angeles began by accident when silent film actress Norma Talmadge stood on wet cement.

12. The size of an animal’s brain influences its yawn. They will yawn for longer if their brain is larger.

13. Having just one guinea pig is forbidden in Switzerland. This is because guinea pigs are sociable creatures, and if they are left alone, they are considered victims of cruelty.

14. There are more Lego mini-figures on the planet than there are people.

15. Dinosaurs swallowed big rocks that remained in their stomachs to aid in the churning and digestion of food.

17. Cellophane was originally used to protect tablecloths from wine spills when it was introduced in 1908.

18. Stubbs, a cat, is the mayor of a historical district in Alaska.

19. Fredric Baur, the founder of Pringles, wished to be buried in a Pringles can in the 1980s. His children complied with his wishes.

20. A headstone with a QR code is now available. They’re called “Living Headstones,” and they have pages with images, video biographies, and comments from family and friends. 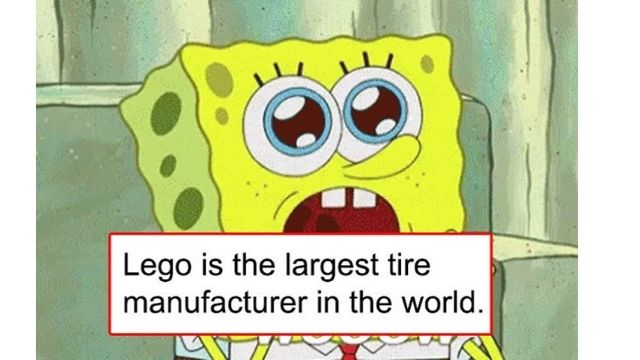 21. Andre the Giant was followed by a cop every time he went out drinking, according to the NYPD. This was to ensure that he did not become inebriated and injure anyone.

22. Although a strawberry is not a true berry, a banana is.

24. The buzz from an old TV set was combined with the sound of an idle film projector to create the sound of a Star Wars lightsaber.

25. If tissue was left behind after the surgical process, your tonsils can grow back.

26. It is forbidden to bring bears to the beach in Israel.

27. In the Bahamas, there is an undeveloped island known as Pig Beach, which is totally populated by swimming pigs.

28. Humans are unable to taste food without saliva.

30. A Starbucks coffee cup appears in every scene of Fight Club.

31. Flushing the toilet after 10 p.m. is forbidden in Switzerland.

32. A curse was placed on William Shakespeare’s tombstone to prohibit anyone from transferring his bones.

33. Only women, not men, present gifts on Valentine’s Day in South Korea.

35. “What If Cats and Dogs Had Opposable Thumbs Day” is observed on March 3rd.

37. Elvis Presley was initially a blonde. For a more edgy image, he began dyeing his hair black. He would touch it up with shoe polish on occasion.

38. When astronauts are in space, they literally get taller.

39. In California, if you drive too slowly, you can get a ticket.

40. Cordozar Calvin Broadus Jr. is Snoop Dogg’s true name. His mother gave him the moniker because he resembled Snoopy from the Peanuts cartoon.

41. The Eiffel Tower was supposed to be built in Barcelona, but it was rejected because residents thought it would be an eyesore.

42. Kangaroos will continue to grow until they die. 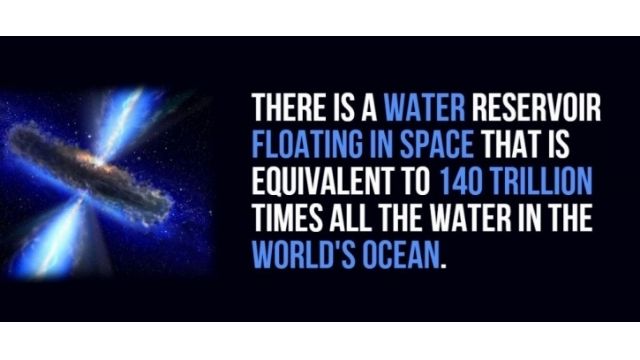 43. A snail has a three-year sleep cycle.

45. Lachanophobia is the fear of vegetables.

46. Lettuce is a sunflower family member.

47. Using a hands-free gadget to converse on the phone while driving has been proved to be as risky as driving when inebriated.

48. A herd of horses will not all fall asleep at the same time; at least one will remain up to keep an eye on the others.

49. Birds have the right of way on highways in Utah.

50. Jellyfish are thought to be physiologically immortal. They are immortal and will not die unless they are killed.

51. There’s an island called “Just Enough Room” where only a tree and a house fit.

52. A blessing is the collective name for a bunch of unicorns.

53. Vincent Gigante, the mob boss, used to walk around New York in his bathrobe to fool the cops into thinking he was insane and avoid being apprehended.

54. In India, there is a town known as Santa Claus.

55. If you’re playing in Wimbledon, you can’t swear. As a result, line judges must master swear words in all languages.

56. In Russia, some individuals believe that eating ice cream can keep you warm.

57. Since its inception in Berlin in 2008, aggressive sitting has evolved into a sport. For roughly 70 bucks, you can get a specific stool for this sport.

59. Mushrooms that glow in the dark are found in over 70 different species.

60. When entering a sweepstake in Canada, people are required by law to complete a math question.

61. Instead of telescopic location, Neptune was the first planet to be discovered using mathematical predictions.

62. Crows can remember specific human faces. They are also capable of harboring resentment.

63. In the United States, it is illegal to use your roommate’s or friend’s Netflix account.

64. On a genetic level, fungi are more closely connected to mammals than plants.

65. It is unlawful in Zimbabwe for civilians to make rude gestures at passing vehicles.

66. “She sells seashells at the seaside” was a poem written in the 1800s about a female paleontologist. She did, in fact, sell fossilized dinosaur bones and shells.

67. In the state of Maryland, jousting is an official sport.

68. “Niblings” is another term for your nieces and nephews.

69. When you see someone you like, the “butterflies” in your tummy are actually a stress response called adrenaline.

70. Pure cocoa can assist in the prevention of tooth decay.

71. There’s a dating app in Iceland that prevents you from meeting up with your cousin.

73. North Koreans are only allowed to have one of 28 hairstyles by law. There are 14 different styles available for men and women to pick from.

74. In 1907, a woman was arrested for wearing a one-piece swimsuit on a beach in Boston.

75. The number of stars in space exceeds the number of grains of sand on every beach on the planet.

76. Humans are unable to walk in a straight line without the assistance of a visual point. We shall progressively walk in a circle while blindfolded.

77. Although smoking is prohibited on airplanes, ashtrays are required on every flight. This is for secure disposal in the event that someone violates the law.

78. In Greece, ladies are not permitted to enter the Olympic Stadium wearing high heels or tall caps.

80. Pope Francis used to work as a bouncer in a nightclub.

81. The fear of opinions is known as allodoxaphobia.

82. Humans can cause allergies in dogs.

83. Indiana University received a $1 million grant from the US government to study memes.

84. Geomelophagia is characterized by a strong desire to eat uncooked potatoes.

85. The record for the number of leaves found on a clover is 56.

86. The milk of a camel does not curdle.

87. In water, all porcupines float.

88. Peaches are members of the almond family (number 88).

89. “Screeched” is the longest one-syllable word.

90. Seals only snooze for about a minute and a half at a time.

91. The US Coast Guard has trained pigeons to locate persons who have gone missing at sea.

93. Before mercury, thermometers were filled with brandy.

96. Hawaii is the only state in the union that has only one school district.

97. A Supreme Court Justice does not have to be a lawyer.

98. In 1859, the first person to traverse Niagara Falls on a tightrope did so.

99. Clocks were only constructed with an hour hand before 1687.

100. When cows listen to music, they produce more milk.