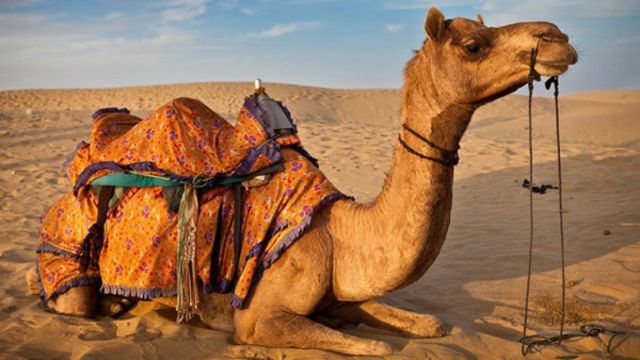 1. There Are Two Species of Camel

There are two types of camels in the world. The one-humped Arabian camel is also known as the dromedary camel (Camelus dromedarius). And, the other one is the two-humped Bactrian camel or Asian camel. The Bactrian camels are further categorized as domesticated and wild. 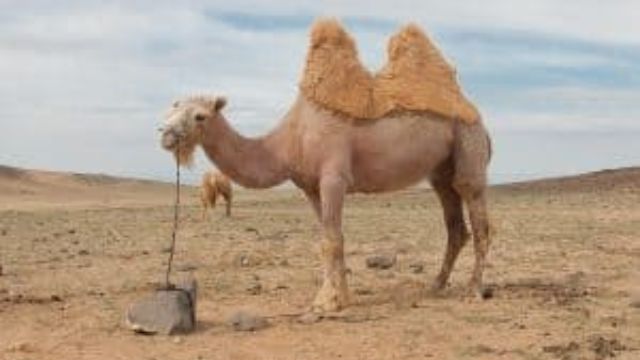 The wild Bactrian camels (Camelus ferus) are found only in just a few locations in China and Mongolia. All of the existing dromedary camels are domesticated.

The dromedary camels are approximately six feet in height. Whereas the Bactrian camels, on the other hand, are around seven feet tall.

The camel’s weight usually lies between 800-2300 pounds. Their other physical characteristics include long curved necks, long legs, and a big-lipped snout.

3. The Camels Can Survive for Weeks Without Drinking Water

The camels can stay for weeks without drinking water. And, in the winter season more specifically, they can survive for 6-7 months at a stretch without water. However, when they come across water, they can drink as much as 40 gallons in one go. It is also believed that a camel is able to drink up to a quarter of its weight in water at a time, which can be stored for several days.

4. The Camels Store Fat in Their Humps

One of the most notable traits of a camel’s appearance is its hump. Contrary to the popular belief, humps aren’t used to store water. Rather, the camels use them for storing fats, which can be later used as an energy source, when food and water are scarce. As this fat is used by the camel, the hump changes size and may lean over or droop until it can be refilled with more fat.

The humps act as a heat regulator for camels. During high temperatures in the desert, the fats stored within the camel’s hump minimize heat insulation and thus, the camel can stay cooler in the desert heat.

6. The Camels Are Well-Suited for Living in Desert Conditions 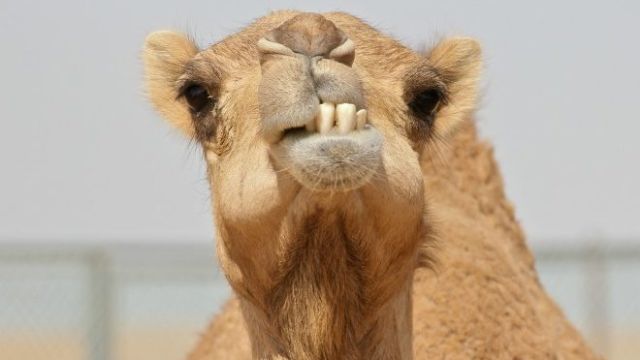 Apart from these humps, the camels also have distinctive characteristics that make them built for the desert.

The camels have two sets of eyelashes and three eyelids, that help in protecting their eyes in harsh conditions such as sandstorms. They can even close their nostrils to keep out sand infiltration. They also have extra thick lips that allow them to eat thorny plants. Thick padded skin helps them to withstand the hot temperature of the desert sand. And, the large, flat feet allow them to walk into the sand without being sunken into the sand.

On an average basis, the life span of camels is around 15-40 years. They are born white in complexion. But as they age, they grow brown skin.

Camels are social animals that travel in herds, consisting of a dominant adult male, females, and the young.

The camels not only just travel together, but they also communicate with other members of the group with many sounds, such as moans and loud bellows.

Camels are herbivores, so they mostly eat grass, grains, wheat, etc. They spend their days searching for food. But it can be tough to look out for food in the harsh desert conditions. But their thick lips allow them to eat things such as thorny or salty plants that other mammals may avoid. Just like cows, camels are ruminant animals, meaning they regurgitate the food back up from their stomach to their mouth so that they can chew it again.

Female camels have a gestation period of 12 to 14 months, after which she gives birth to one or rarely two newborns. The expectant mother separates herself from the herd and will find a private spot when she is about to give birth. A newborn camel is born without humps and can walk alongside the mother within half an hour of being born. After almost two weeks, the mother and the young camel return to the herd.

Read also Animal Facts That Are Funniest and Most Entertaining!

Camel’s milk is considered one of the healthiest milk in the world. It is lower in cholesterol as compared to cow milk. It also possesses a sufficient amount of Vitamin C and minerals like sodium, potassium, and iron. As per nutritionists, camel milk is capable of improving a person’s immune system and heart health.

Also, camel meat is an important source of protein in arid desert regions.

12. The Wild Bactrian Camels Are at Critical Risk 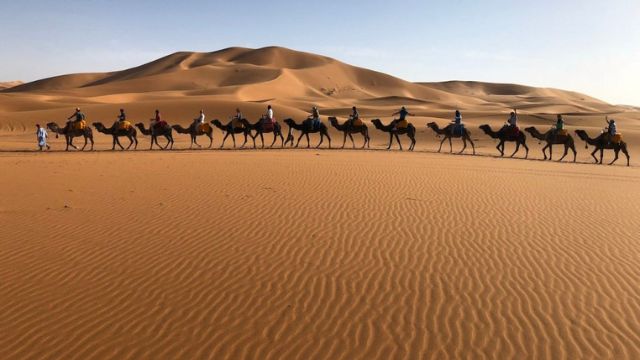 Though most camels are domesticated, the small number of wild Bactrian camels remaining are at critical risk and are considered critically endangered by the IUCN (International Union for Conservation of Nature) since 2002. Threats to wild Bactrian camels include hunting, and competition with domestic Bactrian camels for resources. Degradation of habitat is another major threat to the species, as human activities like illegal mining spread into their habitat.