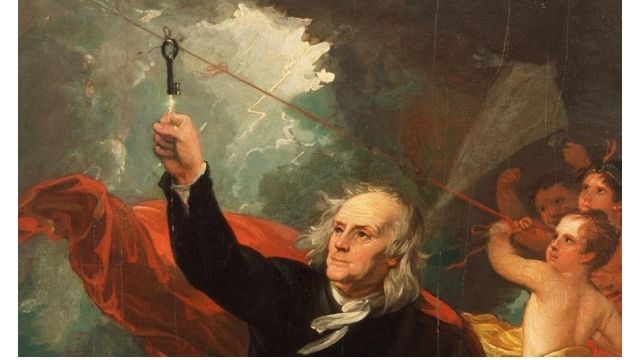 Benjamin Franklin is regarded as one of the most important figures in American history. The founding father was a remarkable inventor, publisher, politician, and ambassador throughout his lifetime.

Did you know, though, that he was the first to propose a concept akin to Daylight Saving Time? And that he created a musical instrument that Beethoven and Mozart adored and for which they composed music?

Continue reading to learn more about the “Renaissance man” of American history.

1. Franklin’s Daylight Saving Time-style recommendation to the French began as a joke. Although Benjamin Franklin is not credited with originating Daylight Saving Time, he did formulate a strikingly similar argument for rearranging sleep cycles — and was the first person to do it.

Franklin was awoken from the July heat at 6 a.m. in 1784 when he was 78 years old and serving as an ambassador to France. As a result, Franklin wrote one of his famous satirical writings, claiming that if Parisians got up early enough, they might save money by “using sunshine instead of candles.”

Unfortunately, Franklin lived during a period when the time was not standardized, therefore his proposal could not be carried out. In the early 1900s, once Europe had been standardized, Englishman William Willett launched the initial movement for what is now known as Daylight Saving Time.

2. Benjamin Franklin only received a two-year education. It’s hard to believe that a world-renowned thinker like Franklin never set foot in a school in this day and age.

Franklin attended the South Grammar School (Boston Latin) in Boston, Massachusetts, when he was eight years old. He transferred to George Brownell’s English School the following year, which concentrated on writing and arithmetic.

Franklin began an apprenticeship in his father’s soap and candle-making shop when he was ten years old, marking the end of his official education. Despite this, he continued to be an avid reader and writer, stealing books from acquaintances and eventually working at his brother’s printing firm as an apprentice.

Franklin’s glass armonica (the word “armonica” comes from the Italian word “Armonia,” which means “harmony”) was completed in 1761 and employs glass cups of various sizes and densities to create various tones. His invention became one of the most popular instruments of the 18th century, with music written for it by composers such as Beethoven and Mozart.

“Of all my innovations, the glass armonica has given me the greatest personal delight,” Franklin stated of his creation.

4. In 1768, he invented his own phonetic alphabet. Franklin created a phonetic alphabet in 1768, but it wasn’t officially published until 1789 when Noah Webster included it in “Dissertations on the English Language,” his book.

Franklin’s alphabet was created with the goal of having a “more natural order” than the regular English alphabet, with a focus on sound and vocal effort. We wouldn’t have the letters C, J, Q, W, X, and Y, which Franklin found confusing and unnecessary if Franklin’s alphabet had been implemented — which it wasn’t.

5. He was admitted into the International Swimming Hall of Fame after his death. Franklin had been a longtime swimmer who had invented his own pair of flippers as a child.

Franklin swam a 3.5-mile stretch of the Thames River from Chelsea to Blackfriars in 1726, according to the International Swimming Hall of Fame. He was a lifetime swim instructor and supporter who frequently advocated for the implementation of swimming programs in schools.

Franklin was posthumously inducted into the Hall of Fame in 1968 as a result of this.

Franklin was also the oldest signer of the Declaration of Independence, which he signed at the age of 70 with his “John Hancock.”

7. He never patented an idea, despite being a prolific innovator. Franklin could have been rewarded financially (and legally) for all of his brilliant ideas, but he never applied for a patent for any of them.

It went against his religious beliefs, according to PBS. “As we gain from others’ inventions, we should be pleased to contribute our own… freely and happily,” Franklin joked.

Street lighting, swim fins, bifocal glasses (which he can be seen wearing in practically every image), and a stove are just a few of his incredible inventions.

Franklin began writing as Dogood when he was 16 years old, and his first item was published in the Courant, a newspaper run by his older brother, James Franklin. The funny and erudite writings, which dealt with topics such as “apparel pride” and “religious hypocrisy,” were a smash hit in Boston at the time.

Despite the fact that James was aware that “Mrs. Silence Dogood” was a pen name, he had no idea his younger brother was writing the entries. After learning the truth, he was said to be upset, establishing a gap between the brothers.

9. He is the creator of the Franklin Gothic font, which is still extensively used today. Franklin Gothic is a popular font that can be found on billboards, headlines, album covers, and board games.

Morris Fuller Benton, the American Type Founders’ chief of typeface development, created the font in the early 1900s. Despite being influenced by the German Akzidenz Grotesk typeface designs, Fuller Benton chose Franklin as the name for his new font. Franklin was a prominent typesetter and publisher at the time.

10. The French National Assembly declared a day of mourning when he died. Franklin lived to be 85 years old when he died on April 17, 1790. “A dying man can do nothing simply,” he said, according to reports.

His death sparked a period of sadness not only in Philadelphia but also across the Atlantic, where his good reputation had grown during his time as the first US ambassador to France.

The French adored Franklin and regarded him as a “Renaissance man” because of his various talents, according to the Constitution Center. As a result, when he died, the French National Assembly fell into mourning.

Count Mirabeau, one of the group’s members, believed Franklin might “restrain thunderbolts and tyrants.”