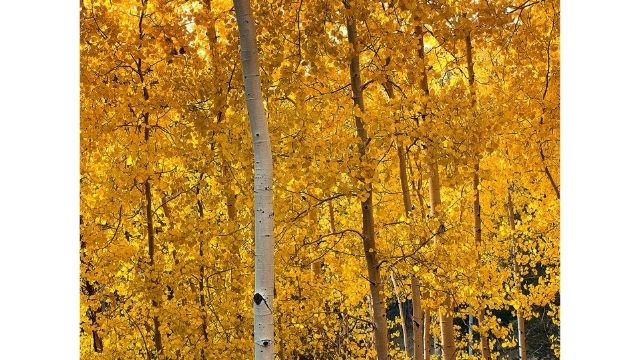 The willow family of trees includes the quaking aspen and the bigtooth aspen. They are members of the Populus genus, which also contains aspens, poplars, and cottonwoods. Aspen poplars are another name for aspen trees.

Both varieties of aspen trees have a vast geographic distribution, but the quaking aspen is unique in that it grows from coast to coast across North America. The quaking aspen is a close relative of the European aspen, which grows across Europe, Asia, and parts of Africa, and has the largest distribution on the continent. Aspens have broad, round leaves, grow straight and tall, and create enormous stands in many parts of their range.

Quaking aspens are found across Canada and Alaska, with the exception of the far north of both countries. Quaking aspen can be found in the Rocky Mountain states, the Great Lakes region, and New England in the lower 48 states. Bigtooth aspen grows from Minnesota eastward to New England and southern Canada, with a significantly smaller spread. This aspen tree can be found as far south as West Virginia and Pennsylvania. 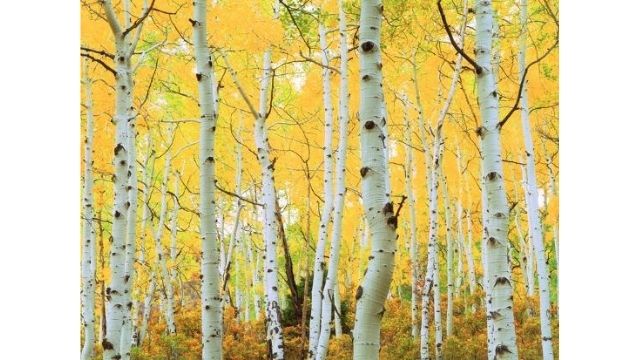 Aspen leaves have long stems and a rounded form, which, combined with their size, allows them to move in even the slightest breeze. The leaves of the quaking aspen are nearly spherical and up to 3 inches wide. Bigtooth aspen leaves are slightly longer (3 1/2 inches) but not nearly as wide, with most measuring between 2 and 2 1/2 inches across. Both have rounded teeth on their edges, but the teeth on the bigtooth aspen are further apart than those on the quaking aspen. In the fall, the leaves change a yellowish gold color, producing a beautiful sight where big stands of trees grow.

The bark of the aspen

While the bark of the largest quaking aspens becomes tough and wrinkled with a grey hue, the majority of the trees develop a whitish-green color. The bark is thin, with numerous black rough patches. On juvenile trees, bigtooth aspen bark is smooth and gray-white, crisscrossed with black bands. On mature bigtooth aspens, the bark darkens to a darker grey near the bottom of the trunk, with deep furrows.

The quaking aspen tree is a pioneer plant that may cover newly cleared areas quickly. Root suckers arise from the soil at the base of the trunk of the trees. These suckers can develop into new trees, establishing a dense stand of aspens. As a result, within a colony of aspens, the aspen poplar branching pattern produces tall, narrow trees with pyramid-shaped crowns that can grow in close proximity.

Aspen trees sold in nurseries as landscaping ornamentals are often harvested from their native habitats, but only a small portion of the aspen root system remains. When planted for landscaping, the aspen usually does not live very long, only approximately 25 years. According to the  Department of Natural Resources, the tree has two primary criteria. One must be in well-drained soil so that the ground surrounding the tree does not remain wet all of the time. The alternative option is to live in a cold climate with moderate summer temperatures.

The Importance of Wildlife

One intriguing thing about aspen poplars is how important they are to beavers. Beavers use both types of aspens as a primary source of food across their range. These trees’ bark, leaves, and twigs will be eaten by the mammals, who will utilize the branches to build dams. Deer, moose, and elk, for example, browse the leaves and twigs of the aspen tree for sustenance. The bark will be eaten by rabbits and muskrats, while the seeds and blossom buds will be eaten by birds like the ruffed grouse. The yellow-bellied sapsucker and the hairy woodpecker are both known for hollowing out tree trunks to make nesting cavities.

Birch trees are all members of the Betula genus, which is related to the beech and oak tree families. There are about 50 kinds of birches, many of which are shrub-sized, that naturally grow in milder northern regions. The presence of a paper-like peeling bark distinguishes all tree-sized birches. The bark of birches can be white, silver, or a combination of the two colors, and as the tree becomes older, it develops dark grey to black patterns or horizontal grey streaks. The bark of elder trees is significantly darker than that of younger trees. Tree aficionados can recognize birches and distinguish between species by looking at their bark and other traits.

Identifying Marks and Their Ecological Impact 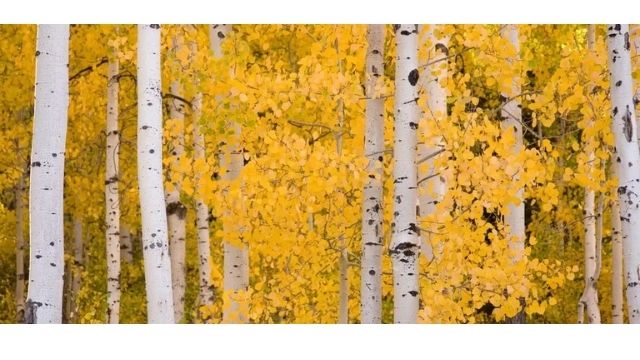 The majority of birch leaves are 2 to 3 inches long, with an oval leaf base and serrated or saw-toothed edges. Birch trees feature both male and female “catkins” flowers that bloom on the same tree. Male catkins droop and are about 1 1/4 inch long. They appear in the fall and stay on the tree all winter, never opening until late April or May. Female catkins appear in the springtime, just alongside the young tree shoots. They can reach a length of 1 inch and stand upright. Female catkins grow longer and generate hanging catkins with hundreds of small seeds that are dispersed by the breeze.

Birches, which have a short lifespan, are significant pioneer species in burned or otherwise disturbed regions, populating them early and enriching the soil as they die and decay.

The downy birch, which is native to Eurasia, has simple leaves with a triangular shape, rounded corners, and a jagged leaf edge. The young twigs have microscopic hairs on them. On the slender twigs, the buds are conspicuous and may be sticky. The immature stems may be red, but as they age, they turn white/silver. As the tree becomes older, the greyish or whitebark acquires dark grey and black marks, making the tree trunk and bark darker.

The European weeping birch has an elegant, weeping appearance that is highly popular in landscaping for its profile. The tree’s weeping form is due to the tree’s youngest twigs, which dangle at the extremities of the branches. The tree has a lace-like look due to the deep cuts in the leaves. As the tree grows older, the bark of the weeping birch turns white. The tree enjoys full sun, and its dark green leaves turn golden in the autumn. In the summer, weeping birches bloom.

Paper Birch is a type of birch tree that

The paper birch, together with the Kenai birch, has the biggest and most northerly distribution among North American birches. Trees that are fully grown stand between 30 and 70 feet tall, with round or pyramidal crowns. A clump of three or more primary trunks is common in paper birches. For both summer and winter landscapes, mature trees have a white, papery bark that peels away to show a beautiful underside.