Anne Hathaway is an American actress, singer, and producer who was born in the Brooklyn borough of New York City.

Hathaway was named one of People magazine’s “breakthrough stars” in 2001. In 2006, she was also named on its list of the world’s 50 most beautiful individuals.

Anne has won numerous honors, including an Academy Award, a Primetime Emmy, and a Golden Globe. She has appeared in a number of successful films, including The Princess Diaries, The Devil Wears Prada, and Becoming Jane. Anne was raised by an actress and was exposed to the art of acting when she was a child.

She began exhibiting interest in the performing arts when she was three years old, thanks to her mother’s encouragement. She told her parents when she was approximately eight years old that she wanted to be an actress. She began acting in commercials as a youngster and was the first teenager to be admitted into New York City’s renowned Barrow Group acting program.

After appearing in multiple theatrical productions while in middle school, she made her television debut as a high school student. She eventually moved into film production and became well-known for her role in the Disney film The Princess Diaries.

She immediately established herself as a talented and attractive actress noted for her emotionally charged performances. Hathaway is a gifted voice actress and vocalist who has received numerous prestigious acting awards. She is an outspoken supporter of the LGBTQ community. 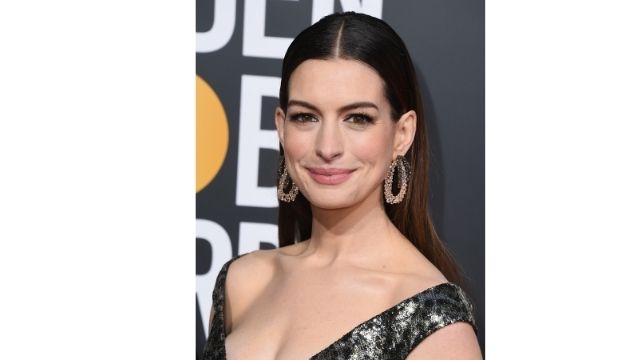 Here are some interesting facts about the beautiful and well-known American actress:

Gerald Thomas Hathaway is an attorney, and her mother, Kathleen Ann ‘Kate’ (née McCauley), is a former actress who inspired Hathaway to seek a career in show business.

When Hathaway was six years old, her family moved to Millburn, New Jersey, where she grew up.

Her mother Kathleen is of Irish descent, and her father Gerald is of Irish, English, French, and German descent. Her last name is Shakespearean in origin (think of William Shakespeare’s wife).

Hathaway was raised as a devout Roman Catholic with strong morals, and she expressed her desire to become a nun as a child. ‘I felt like God called me to be a nun when I was 11 years old,’ she once stated.

In 2009, she stated that her religious beliefs are “still a work in progress.”

Anne Hathaway attended Millburn High School, where she was involved in many school productions and won a Paper Mill Playhouse Rising Star Award nomination for her part as Winnifred in Once Upon a Mattress.

She went on to star in productions such as Jane Eyre and Gigi at the Paper Mill Playhouse in New Jersey.

She majored in English and minored in Women’s Studies at Vassar College in Poughkeepsie, New York, before moving to New York University’s Gallatin School of Individualized Study. She thinks enrolling in college was one of her better decisions since she liked being around other people who were striving to ‘grow up.’

Hathaway studied acting at the American Academy of Dramatic Arts and was the first teenager to be accepted into The Barrow Group Theater Company’s acting department.

Between 1998 and 1999, she sang soprano in the All-Eastern United States High School Honors Chorus at Carnegie Hall, and she also participated in plays at Seton Hall Preparatory School in West Orange, New Jersey. She is a trained theatrical actress who prefers to work in cinema roles instead of on stage.

In terms of her acting approach, she has been compared to Audrey Hepburn and Judy Garland. According to her, Judy Garland is one of her favorite actors, and Meryl Streep is her idol. Hathaway’s first big break came when she was cast in the one-season television sitcom Get Real in 1999. Her character in the family drama was Meghan, the oldest daughter. She was nominated for a Teen Choice Award for best actor in a drama for the same show.

She first appeared on screen in the Fox television series Get Real (1999–2000), before starring as Mia Thermopolis in the Disney comedy film The Princess Diaries (2001), for which she won the Teen Choice Award for Choice Movie Actress – Comedy.

For her work as Cat Woman in Christopher Nolan’s The Dark Knight Rises in 2012, Anne Hathaway won the Saturn Award for Best Supporting Actress.

Hathaway began to transition into more mature roles in 2005.

She was nominated for a Screen Actors Guild Award for her work in the highly acclaimed Brokeback Mountain and received a DVD Exclusive Award for Best Actress for Havoc (2005).

She was nominated for a BIFA for Best Performance by an Actress for her portrayal of Jane Austen in Becoming Jane, which she co-starred in with Meryl Streep in The Devil Wears Prada (2006).

For her portrayal in Rachel Getting Married, Hathaway won the Critics’ Choice Movie Award for Best Actress and was nominated for Academy, Golden Globe, Screen Actors Guild, and Indie Spirit Awards for Best Actress / Female Lead (2008).

For her role in Bride Wars (2009), she received her second Teen Choice Award for Best Comedy Movie Actress, and in 2010, she starred in the box office hits Valentine’s Day, Alice in Wonderland, and Love & Other Drugs, earning her a Satellite Award for Best Actress and a Golden Globe nomination for Best Actress – Motion Picture Comedy or Musical.

Hathaway and James Franco co-hosted the 83rd Academy Awards in 2011, and the show was nominated for a Primetime Emmy Award for Outstanding Special Class Program. 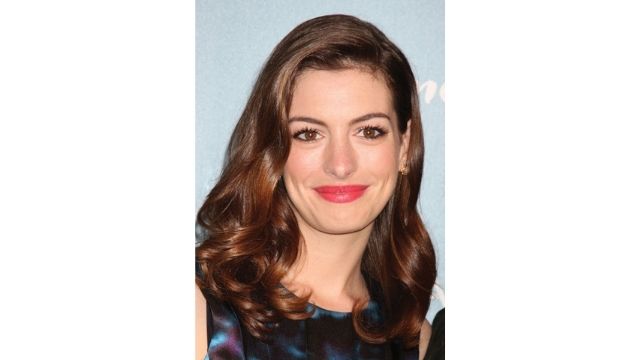 Hathaway was named one of People magazine’s “breakthrough stars” in 2001, and she was chosen as one of the “world’s 50 most attractive people” in 2006.

Anne had a supporting role alongside Charlie Hunnam and Jamie Bell in the film Nicholas Nickleby (2002), as well as the main role in Ella Enchanted (2009). In New York, Hathaway was rumored to be a front-runner for the role of Christine in The Phantom of the Opera in 2004. Due to a tight schedule with The Princess Diaries 2: Royal Engagement (2004), she was unable to take the role, and it was given to newbie Emmy Rossum.

She received critical acclaim for her role in the play Rachel Getting Married. Her powerful portrayal earned her numerous awards.

Her performance as Fantine in the 2012 film Les Misérables is without a doubt one of her most memorable. In the film, she plays an underprivileged factory worker trying to raise her child. Anne’s immaculate performance silenced her critics, despite the fact that she was first viewed as unprepared for the post.