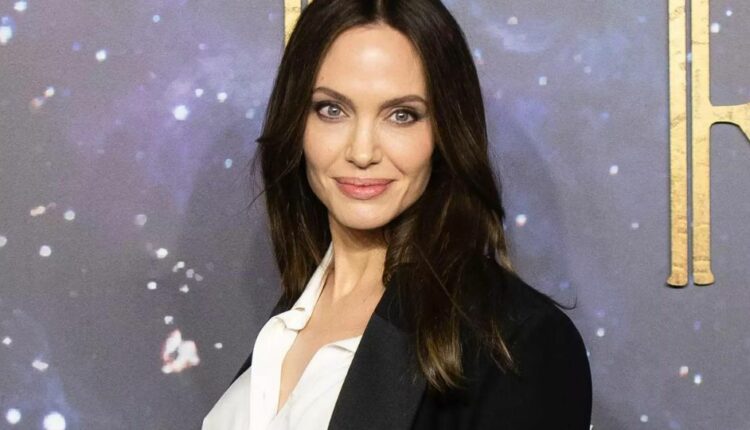 The American actress and filmmaker Angelina Jolie, real name Angelina Jolie Voight, was born in Los Angeles, California, on June 4, 1975. She is renowned for her edginess and sex appeal as well as for her charitable activities. She received an Academy Award for her supporting performance in Girl, Interrupted as a mentally ill patient (1999).

Jolie, the daughter of the actor Jon Voight, grew up in New York for the majority of her youth until moving to Los Angeles at the age of 11. She studied at the Lee Strasberg Theatre and Film Institute for two years before enrolling in Beverly Hills High School. Later, she attended New York University to study acting. She did modeling and starred in music videos in addition to acting in theatrical shows.

At least as much attention was paid to Jolie’s private life as to her performance. When the couple’s biological children Shiloh (2006) and twins Knox and Vivienne (2008) were born, it fueled tabloid speculation about her connection with Pitt. Jolie and Pitt wed in 2014, but Jolie requested a divorce two years later.

Her humanitarian efforts also attracted attention. She was appointed a Goodwill Ambassador for the UN High Commissioner for Refugees in 2001. (UNHCR).

Her Parents Are Two Hollywood Actors

Jon Voight, an Oscar-winning actor, is the father of Angelina Jolie, who was born that year as Angelina Jolie Voight. Voight became a household name in the 1970s after co-starring in the ground-breaking 1969 film Midnight Cowboy with Dustin Hoffman. Catch-22, Deliverance, and Coming Home are among of his most enduring motion pictures; the last earned him the Best Actor Oscar in 1979.

Jolie experienced bullying at school as a result of her appearance, despite the fact that she is today regarded as one of the most attractive women in the world. Jolie attended Beverly Hills High School, where she frequently became the subject of bullies. Bullies picked on Jolie for being too skinny and for sporting braces and glasses. 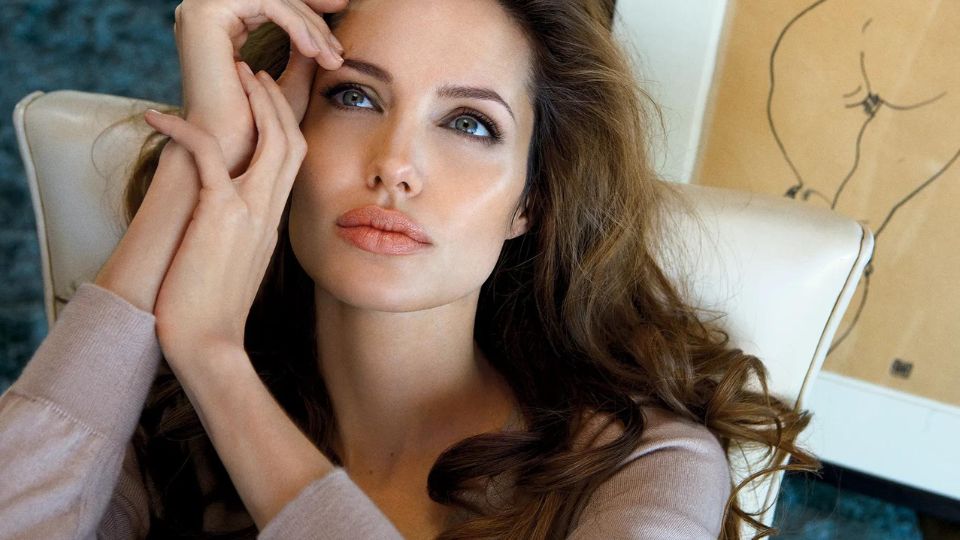 Jolie has since talked about how she felt left out because her family was not as well-off as most of her contemporaries at the elite school.

By the end of the 1990s, Angelina Jolie was a household name, but every famous actor had to start somewhere. A very informal sequel to the 1989 Jean-Claude Van Damme film Cyborg, Cyborg 2: Glass Shadow gave Jolie her breakthrough performance.

When Jolie took up the lead part in the pulp science fiction film as Cash, a cyborg who is built to explode after intercourse, she was only 18 years old.

She Has an Oscar and Three Golden Globes

Jolie received a second Golden Globe the following year for the television film Gia, this time in the role of the lead actress. Then, in 2000, Jolie won her third Golden Globe in as many years, this time for Best Supporting Actress in a Motion Picture for Girl, Interrupted, for which she would shortly afterward also take home the Best Supporting Actress Oscar. Jolie has since won acting nods for movies including A Mighty Heart, Changeling, and The Tourist, among others, at the Golden Globes, Oscars, and BAFTAs.

In 2013, She Elected to Undergo a Double Mastectomy

As a result, Jolie decided to get a double mastectomy in February 2013 as a precaution. In order to prevent ovarian cancer, which she was also at risk for acquiring, Jolie underwent a salpingo-oophorectomy two years later.

She Holds a Commercial Pilot’s License

Angelina Jolie also knows how to fly, as if she didn’t already possess a long list of admirable accomplishments. After obtaining her pilot’s license in 2004, the actress quickly acquired her own Microplane, a Cirrus SR22-G2. When Jolie was shown flying an aircraft in the 2018 documentary The Queen’s Green Planet, she astounded TV viewers with her little-known talent.

She Has Been Frank About Her Battle With Drug Abuse

Jolie has been open about her drug use since she first started out as an actress. Jolie acknowledges that she used “just about every drug available” after she initially became successful in her early 20s.

Read more:39 Interesting Las Vegas Facts That Will Astound You

“I went through heavier, darker periods and I survived them,” the actress claims. I am fortunate that I did not pass away young.

Many Believe She Has Undergone Cosmetic Surgery

Over the years, there has been a lot of conjecture that Jolie may have undergone cosmetic surgery (like many famous people). Many commenters think Jolie has undergone surgery, especially on her bee-sting lips. 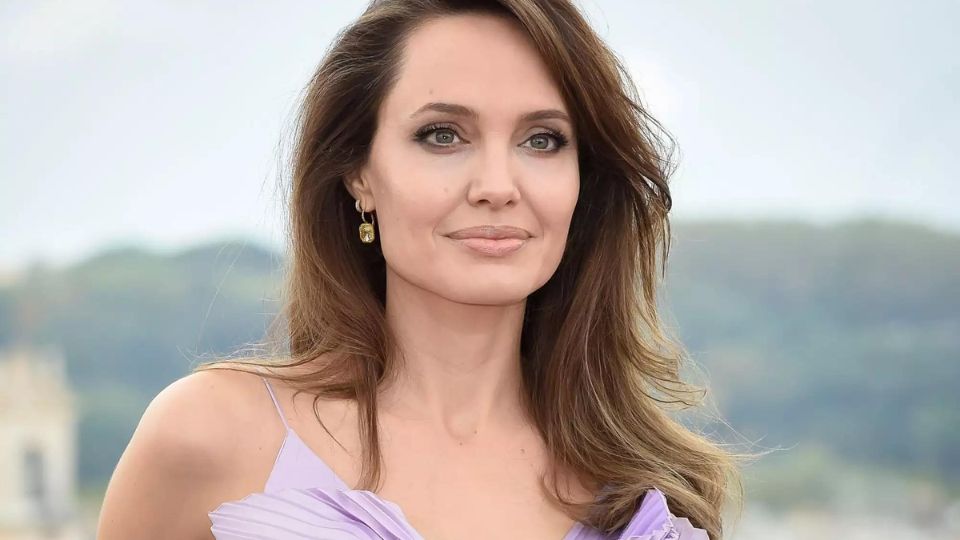 Others have claimed that contrasting images from different time periods demonstrate that Jolie has undergone rhinoplasty or a nose operation.

Before Being Cast in Lara Croft, She Had to Consent to a Drug Test: Thomas Raider

Jolie received her first big leading role in Lara Croft: Tomb Raider shortly after winning the Oscar for Girl, Interrupted. Before being cast as the daring explorer Lara Croft, Jolie hadn’t been in a significant action film, so she had to go through a rigorous physical conditioning regimen.

Her Hobby is Collecting Knives

Jolie has a sizable collection of knives, as we recently showed in our post about outstanding celebrity collections. When Angelina Jolie was 12 years old, her mother gave her the first knife in Jolie’s collection. The future actress became fascinated after visiting Renaissance fairs with her mother when she was younger.

She Performs Her Own Tricks

Jolie has performed in more than her fair share of action films; her involvement with the genre predates her two appearances as Lara Croft.

Jolie’s other action movies include Salt, Wanted, and Mr. and Mrs. Smith, all of which gave her roles that required a lot of physical exertion.

She and Johnny Depp Got Into a Very Public Argument

Jolie and Johnny Depp starred together in the romantic comedy thriller The Tourist in 2010. It should have been box office gold to have two such well-known actors co-starring, but it didn’t work out that way. In addition to the film’s generally negative reviews, Jolie and Depp apparently had a major falling out while filming. Depp was described as remarking that Jolie was “too full of herself” when the movie was finished.

Jolie had a reputation for being a little unusual from the beginning of her career. The two actors she once acknowledged having crushes on while growing up may be evidence of this. 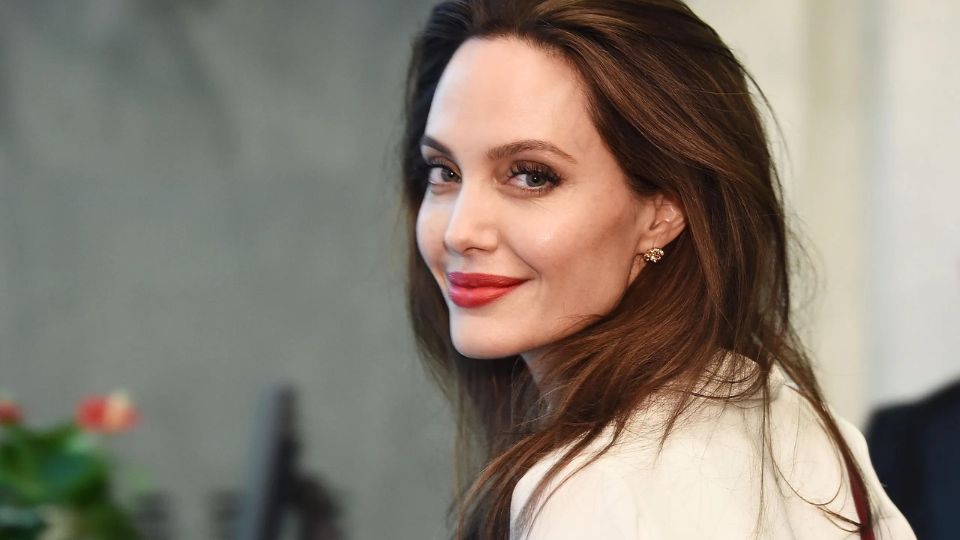 In a 1999 appearance on TV’s The Daily Show, Jolie admitted that she had a strong childhood affinity with Mr. Spock from the Star Trek series, played by Leonard Nimoy. Anthony Perkins, who played Norman Bates in Alfred Hitchcock’s iconic thriller Psycho, is another actor Jolie acknowledged having a thing for when she was younger.

In the Mid-1990s, She Had Several Appearances in Music Videos

One of these was the Michael Bay-helmed music video for Meat Loaf’s 1993 single Rock and Roll Dreams Come Through. Jolie also had appearances in the music videos for It’s About Time by The Lemonheads, Stand by My Woman by Lenny Kravitz, and Alta Marea by Antonello Venditti in the early 1990s.

Later, Jolie appeared in the 1997 music video for “Anybody Seen My Baby” by The Rolling Stones.

She Has Three Previous Marriages

The media has long been quite interested in and curious about Angelina Jolie’s turbulent love life. Jolie originally got hitched to Johnny Lee Miller in 1996 while they were both working on the 1995 film Hackers. Following their 1999 divorce, Jolie married another co-star, Billy Bob Thornton, with whom she co-starred in the 1999 film Pushing Tin.

By 2003, Jolie and Thornton had broken up, and she later began dating her Mr. and Mrs. Smith co-star Brad Pitt. Pitt and Jolie had been dating for a long time but did not get married until 2014; tragically, this marriage also ended in divorce in 2016.

What Are Angelina Jolie’s Earnings and Net Worth?

American actress, filmmaker, and humanitarian Angelina Jolie. She has occasionally commanded $20 million in remuneration for a single job, making her one of the best-paid actresses in the world. As of this writing, Angelina Jolie has a net worth of $120 million. Angelina makes $20–30 million from movie pay and endorsements in a typical year in the recent past. For instance, Angelina made $35 million between June 2019 and June 2020.