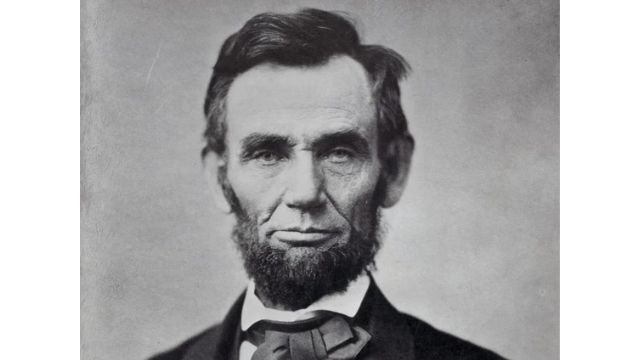 Abraham Lincoln was born in a one-room log cabin on Nolin Creek in the southeast corner of Hardin County, Kentucky, on February 12, 1809. As a result, he was the first president of the United States to be born in the western half of the country.

He didn’t have a middle name given to him.

Thomas Lincoln and Nancy Hanks, his parents, were farmers. Lincoln and his family remained in Kentucky until 1816, when they moved to Perry County, Indiana, with their entire family.

When Lincoln was nine years old, his mother died of milk fever. His father grieved for his mother before remarrying Sarah Bush Johnston. Lincoln was close to his stepmother, and instead of calling her “Stepmother” or “Sarah,” he called her “Mother.” She encouraged him to further his education.

Lincoln and his family moved to Macon County, Illinois, shortly after.

For the most part, Lincoln was self-taught. He barely had a brief term of formal education. He was an avid reader who continued to do so throughout his childhood.

Dressing up as Abraham Lincoln is a popular costume for costume parties due to his tall, slender physique, beard, and top hat, which made him aesthetically prominent in American history.

Abraham Lincoln is well-known for his distinct and recognizable physical features. According to photos and details about Lincoln, he was a very tall man with a slim frame.

While his father was only 5 foot 10 inches tall, Abraham Lincoln grew to an incredible height of 6 foot 5 inches, which was unusually tall for his period in the 1800s and is still considered unusually tall today. At the time of his death, Lincoln had shrunk to around 6 foot 4 inches, which is normal as people age.

Surprisingly, his stature was frequently deceiving. When he was seated, he didn’t appear to be that tall. When seated, he was as tall as an ordinary man due to his average torso and exceptionally long legs. His height was accentuated by his preference for wearing a stovepipe hat, which he frequently used to hold and store items such as notes and letters.

He was the tallest president in the world.

He was tall and skinny, in addition to being quite tall. He was, in reality, a lanky or gangly figure in certain ways. Throughout his life, he constantly weighed around 180 pounds.

Several physical attributes set Lincoln apart from other men of his time:

His skin was a darker shade of white, which you can’t detect in a lot of photos because they were mostly black and white at the time.

His hands and feet were also unusually large, which is common among very tall persons.

He had a larger head than the usual individual.

His shoulders were hunched over.

He was described as having an “unusual” appearance by others. He had a mole and a strangely formed beard with no mustache, as was customary at the time. He wore a bow tie a lot.

Features of the Face

His features were sharply delineated. He had large lips, thick brows, a defined nose, and high cheekbones. He had one of the most recognizable faces of any president in the United States.

Abraham Lincoln’s face began to wrinkle early in his youth, possibly making him appear older than he actually was. Because of the wrinkles and dryness, his skin has been described as “leathery” by others.

Abraham Lincoln did not attend college. When he was younger, he only attended school for around 18 months. He was a voracious reader who taught himself what he needed to know. He studied law on his own and became a lawyer, for example, when he wished to be a lawyer.

Prior to entering politics, Abraham Lincoln performed a variety of jobs and positions, including:

Military – In 1832, he fought alongside Native American tribes in the Black Hawk War.

He was named postmaster of New Salem, Illinois on May 7, 1833, after an unsuccessful run for the Illinois legislature. He remained until the office closed on May 30, 1836. Once a week, the mail arrived. If the mail was not picked up by the intended recipient, he would deliver it himself, typically wearing his stovepipe hat.

After being elected to the state legislature, Lincoln decided to pursue a career as a lawyer and began studying the law by reading. He became a successful lawyer after being admitted to the bar in 1837. 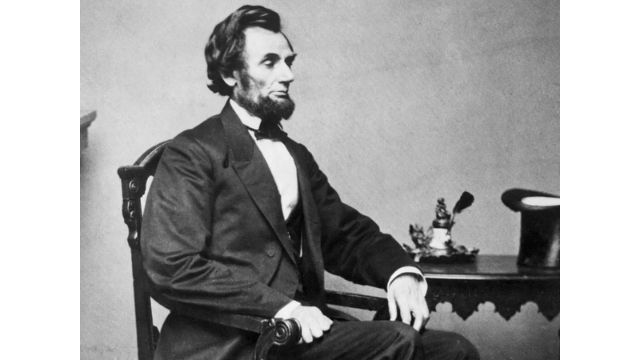 Lincoln announced his campaign for the Illinois General Assembly when he was 23 years old, in 1832. Despite the fact that he lacked formal education and a considerable sum of money, he was well-liked by the residents of his county.

He ran on the theme of improving the Sangamon River, and if elected, he vowed to make improvements to the river’s navigation. He finished ninth out of thirteen candidates, despite not winning the election. He also received a large majority of votes from the county, which regarded him highly.

In 1834, he ran for the state legislature again and won. He was in office for four terms, from 1832 to 1842. During this time, he made it clear that he was opposed to slavery because it did not provide for economic mobility or opportunity.

House of Representatives of the United States of America

Lincoln was elected to the House of Representatives in 1846 and served there for two years, from 1847 to 1849. He was a member of the Whig party, and he frequently voted and spoke in support of the party. He spoke out against the Mexican-American War and chastised President Polk for taking part in it.

Lincoln asked that Polk show Congress the location where the Mexican army had first shed American blood. Despite the fact that Congress supported Lincoln on this matter, his demand earned him the moniker “Spotty Lincoln” among Congressmen.

Senate of the United States

After a temporary return to his legal practice, Lincoln was drawn to the Kansas-Nebraska Act of 1854. Slavery was being spread throughout the United States at the time, and Lincoln spoke out against it. He stood for the Senate as a Whig in 1854 but was defeated.

As he grew dissatisfied with his party, Lincoln became more engaged in the Republican Party, eventually being elected as the party’s vice president in 1856. The Republicans, on the other hand, did not win this election.

He was nominated by the Republican Party to run for the Senate in 1858. In his acceptance speech for the Senate nomination in 1858, he campaigned on a platform calling for the abolition of slavery. He believed that the country could not endure if a portion of the country supported slavery and the rest did not. His famous line from his acceptance speech for the nomination was,

“It is impossible for a house divided against itself to stand.”

He ran against Stephen A. Douglas, who thought that voters should decide on matters such as slavery in their own communities. Lincoln rose to prominence during the Lincoln-Douglas debates, winning the debates but losing the Senate election.

Lincoln earned the Republican presidential nomination in 1860 as a result of his performance in the Lincoln-Douglas Senate debate. He beat other well-known candidates including William Seward and Salmon Chase for the nomination.

During the 1860 election, the Democratic Party was split into various topics, including slavery. With barely 40% of the popular vote, Lincoln defeated the divided Democratic Party and became President in 1860.

Seven southern states had already seceded from the Union by the time he began office in January 1861. On April 12, 1861, the Civil War began.

On January 1, 1863, Lincoln issued the Emancipation Proclamation, which emancipated the slaves in the Confederacy. The Civil War lasted several years before coming to a close on April 9, 1865.

Life in the Family

As a child and as an adult, Abraham Lincoln was well-liked. He was not wealthy, despite owning multiple farms as an adult. When he was wooing Mary Todd, he was a poor man. After a year, he proposed, but her family was against it.

In 1842, he married Mary Todd, and the couple settled in Springfield, Illinois, near his law firm. Robert, Edward, William, and Thomas were his four children with Mary. Only one of them, Robert, grew up to be an adult.