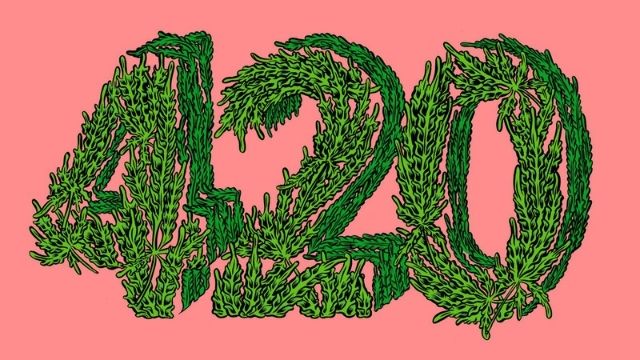 Odd histories, unusual rumors, amazing myths, and strange factoids abound in the cannabis industry, especially when it comes to 420.

So let’s take a look at some of the most fascinating, strange, and lesser-known facts about our beloved number, and perhaps debunk a few myths along the way. Here are ten facts about 420 that you probably didn’t know.

Sorry to burst your bubble, but the most of the 420 myths you’ve probably already heard are false:

The marijuana penal law in California is not 420. The crime of impeding access to public land is covered by Penal Code 420.

Cannabis does not contain exactly 420 compounds.

Though their address was 710 Ashbury St., which is prophetically lighted, the Grateful Dead did not dwell at 420 Ashbury St. in San Francisco.

However, today is Adolf Hitler’s birthday. That is correct. Please accept my apologies for dampening the mood.

2. H.P. Lovecraft is credited with making the first written connection between marijuana and 420.

Yes, you read that correctly. One of America’s most prominent practitioners of the macabre may have unintentionally coined the term “420.” In H.P. Lovecraft and Kenneth Sterling’s science fiction short story “In the Walls of Eryx,” a space traveler visits Venus and comes across a peculiar plant that emits some fairly Stoney effects:

“Over time, the dancing lights faded away, and the shimmering spectral environment took on a more solid appearance. When I finally became completely clear, I checked my watch and was surprised to see that it was only 4:20 [emphasis added]. Though it seemed like eons had passed, the entire experience may have been no more than a half-hour.” 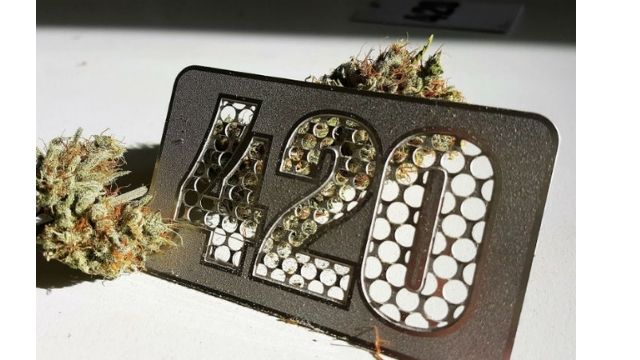 To prevent would-be burglars who want a green 420 sign for their bedroom wall, the Colorado Department of Transportation replaced mile marker 420 on Interstate 70 east of Denver with a 419.99-mile marker in 2014.

If you pay attention the next time you’re in a hotel, you might discover that a specific room number is missing. That’s because some hotels go to the trouble of omitting the number 420 to avoid sign thievery and pot smoking in rooms that would otherwise display the green beast’s insignia.

The Waldos, a gang of adolescent tokers from San Rafael, California, who would meet up at 4:20 p.m. after school to seek down an abandoned cannabis patch not far from their home, is the most accepted and possibly most documented 420 origin story.

Waldo’s tale often credits the Grateful Dead with the emergence and widespread use of the phrase 420 in cannabis culture, depending on who is telling it. However, when the Waldos first started yelling “420 Louis” in the halls of San Rafael High School in 1971, they meant they’d be meeting near the school’s monument of French chemist Louis Pasteur.

6. Elon Musk Got in Trouble for a 420 Tweet Before He Smoked a Blunt

Musk quickly reversed his tweet, declaring in a blog post on Aug. 24, 2018, that the firm would remain public after all, but much of the damage had already been done, as is typically the case with a well-timed 420 reference.

On April 20, 1979, the memorable and comical “Jimmy Carter killer rabbit incident” occurred, in which then-President Jimmy Carter was nearly attacked by a swimming swamp rabbit while fishing on a lake near his hometown of Plains, Georgia. There’s no obvious link to marijuana here, but it’s understandable that a bizarre episode like this would attract stoners’ attention by occurring on their favorite holiday.

Evan Goding converted his 15 minutes of fame into a hymn to cannabis when he was plucked from the audience to be a contestant on “The Price is Right” in 2012. He bid $420 for every estimated retail price. He only went out of his way once, bidding $1,420 in around when $420 would have been the closest bid. 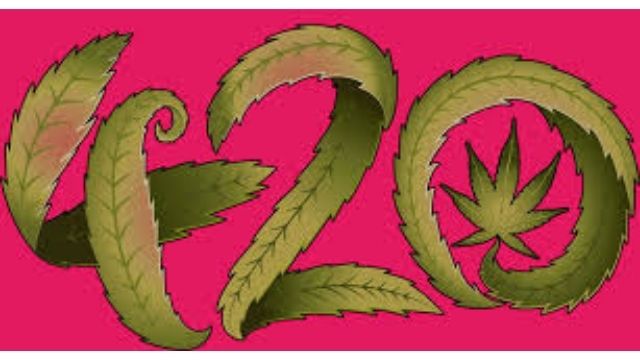 Albert Hoffman, a Swiss chemist, created LSD in 1938 and took the first dose on April 19, 1943, at 4:20 p.m. On his first trip, Hoffman noted “visual distortions, indications of paralysis,” and a “want to laugh,” which are all common sensations about 4:20. Unfortunately, he couldn’t wait another day to increase the 420 factors in this information.

When we’re high and craving a hefty scoop of Half Baked or Cherry Garcia, Ben & Jerry’s is always there for us. And for the past few years, the ice cream company has run some fun 4/20 campaigns. The “BRRR-ito,” a limited-edition stoner’s dream ice cream sandwich, was released on 4/20 in 2015, followed by the “CHILL-aco” on 4/20/2017. It commemorated the holiday in 2018 by issuing a public demand for social justice, urging the expungement of all marijuana-related crimes. Ben & Jerry’s is there, like a good 420-friendly neighbor.